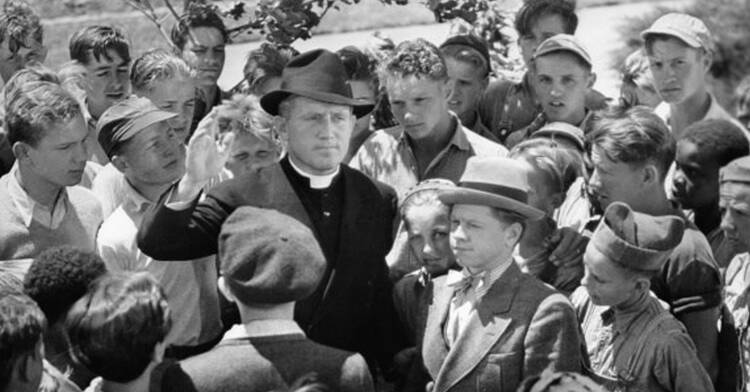 On Dec. 12 Boys Town celebrates its 100th birthday. Last year was also the 80th anniversary of “Boys Town” the movie. The organization traces its humble beginning to five boys whom a court turned over to Father Edward J. Flanagan, a young Irish priest who had rented a dilapidated Victorian mansion in downtown Omaha, Neb. His mission was to give a safe home, good care and guidance to kids who desperately needed it.

Fast forward to today: Boys Town is a national leader in providing help and hope to youth and their families, having helped many tens of thousands since those first five boys so long ago.

For those of us who live in Omaha, Boys Town is a fixture that quietly goes about its vital work, so much so that it can sometimes fade into the background of a bustling city. The quiet perseverance of Boys Town drew unexpected attention in 1937, when Metro-Goldwyn-Mayer decided to make a movie about it. At first Father Flanagan rejected the idea, but he signed on after he saw a script that he liked. Among the requirements on his list were that the film show the real Boys Town campus, which had no gates or fences, and that it show the acceptance of all races and religions among the youth there.

At first Father Flanagan rejected the idea of a film, but he signed on after he saw a script that he liked.

Watching “Boys Town” for the first time this year I was struck by the special energy that runs through the film. The film is a classic Hollywood drama from the heyday of the great studios. Each scene is gorgeously lit and meticulously scored. The black and white scenes hold enough of the film noir style to heighten the struggles of the characters in this high stakes drama.

The film is driven forward by two major plot lines. The first follows the story of how Father Flanagan fought to found, expand and maintain the institution. The second follows the story of the boys who are in Boys Town, with a special focus on one boy named Whitey Marsh. Whitey was played with great passion by an 18-year-old Mickey Rooney. Mr. Rooney leans into the role a bit too strenuously when portraying the tough side of Whitey, but he brings a wellspring of emotion to a Whitey who is humbled and penitent.

At the film’s premiere, held in Omaha in 1937, Spencer Tracy, who went on to win an Academy Award for his portrayal of Father Flanagan, said to the crowd of 30,000 people that if the movie is a success it is because of “the great goodness and sweetness and beauty of the soul of this man shines even through me to you.”

Louis B. Mayer initially shelved the film, saying did not think it would sell because there was “no sex” and “no songs.”

The film almost was not released after it was finished. Louis B. Mayer shelved it, reportedly saying that he did not think it would sell because there was “no sex” and “no songs.” Hearing of Mr. Mayer’s decision, Spencer Tracy and Mickey Rooney asked for a special meeting with the Hollywood mogul and personally convinced him to release the film.

When the film was finally released it broke all box office records and won two Academy Awards. It’s success also almost sank the real Boys Town as people assumed that the institution had made a huge sum of money from the movie. (They had made a mere $5,000.) In the years following the release of “Boys Town” donations slowed to a trickle. It was not until Spencer Tracy made a personal appeal for the organization that the donations began to flow once again.

Upon hearing that Tracy was cast in the film, Father Flanagan sent him a letter, saying: “Your name is written in gold in the heart of every homeless boy in Boys Town because of the anticipated picture you are going to make for us, and everybody here—and all of our alumni—are talking about you, thinking about you, and praying for you every day.”

Clearly Spencer Tracy was deeply influenced by the experience of making the film.

Tracy came out to Nebraska for several weeks to get to know Father Flanagan in preparation for playing him in the movie. Clearly he was deeply influenced by the experience. In the movie he evinces a quiet strength that often springs from a life of faith.

Tracy himself had a difficult childhood. When he was just 9 years old his parents sent him away to an institution run by Dominican nuns to straighten him out. One would imagine that the young Tracy’s experience of being sent away from his family deeply informed his work on the film.

I have volunteered (though not at Boys Town) with young people who have had devastating childhoods. Some of them have never known what it is like to be loved. The damage this absence inflicts on the heart and mind of a child is hard to fathom for anyone who had a loving parent, but it is potentially lethal to the future life of the child.

What Father Flanagan believed, and proved, was that the devastating effects of trauma in childhood can often be reversed with the right amount of support, love and care.

When young people arrive at Boys Town today they go through a week of orientation, after which they become “a citizen” at a swearing in ceremony. It can be an emotional time for many of them who have never had a chance to be a part of something built from the compassion, love and hard work of a caring community.

If you have never seen “Boys Town,” it is a great holiday film for the family. If you are moved by the film you should take a moment to look at the Boys Town website and read more about the wonderful work that the organization is doing today. Even better, come visit Omaha and tour this groundbreaking institution that was (and is) built on faith, love, hard work and a belief in the inherent goodness of every child. 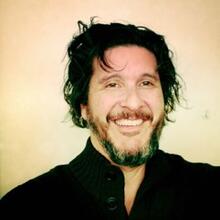 Kevin Lawler is a poet, playwright and co-founder of the Blue Barn Theatre in Omaha, Neb.