Is Philip Pullman the anti-C.S.Lewis? 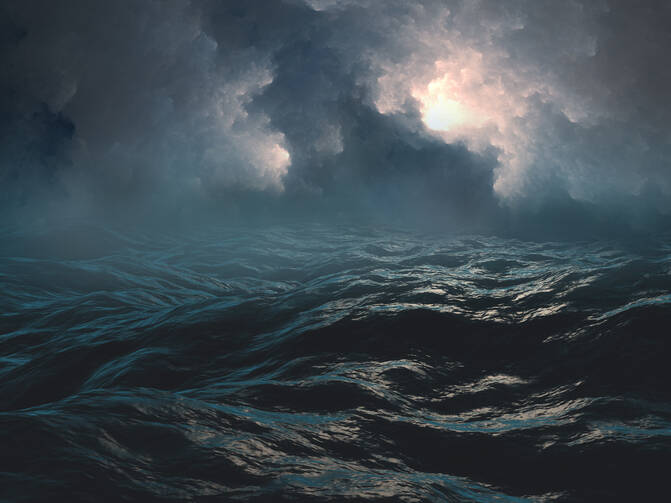 The Book of Dustby Philip Pullman

It has been almost 20 years since the trilogy His Dark Materials, Philip Pullman’s atheistic answer to the Narnia chronicles, lit up the children’s fantasy landscape—and sparked protests from Catholic groups who objected to the anti-Christian content of the series. Now Pullman has returned to the universe of Lyra Belacqua in The Book of Dust: La Belle Sauvage, the first in another planned trilogy.

Eleven-year-old Malcolm Polstead lives at his parents’ inn, across the Thames from a priory. When Malcolm intercepts a message about the mysterious particle called Dust, he becomes involved with Oakley Street, a secret resistance movement against the evil empire known as the Magisterium. (I know, not exactly subtle.) In the meantime, a baby arrives at the priory, ushered in by a flurry of scandal and intrigue. Malcolm instantly falls in love with little Lyra, the future heroine of His Dark Materials. He will do anything to protect her from the forces out to get her—goons from the church’s K.G.B.-like Consistorial Court of Discipline (C.C.D.—also not subtle) and a chilling villain with a hyena-shaped soul. That is not a metaphor. As fans of Materials will remember, the souls of people in this universe live outside their bodies in the form of animals.

The souls of people in this universe live outside their bodies in the form of animals.

In the midst of all these events, the Thames erupts in a biblical flood, unleashing both natural and supernatural chaos. Soon Malcolm, Lyra and their neighbor Alice find themselves in a small canoe, the Belle Sauvage of the title, battling to outrun their enemies and survive the storm.

His Dark Materials was such an achievement that any addition to that magnum opus is almost bound to be a bit of a letdown. Pullman’s prose is as beautiful as ever, but La Belle Sauvage is not as tightly constructed as its predecessors. The flood occurs so late, about halfway through the book, that until that point you are never quite sure where you are in the arc of the story. One assumes that what feels like meandering in this book will pay off in a later installment, that the loose ends will eventually tie up in a satisfying way. For now, though, Sauvage feels like what it is—an addendum to a previous, and superior, work.

Pullman’s prose is as beautiful as ever, but La Belle Sauvage is not as tightly constructed as its predecessors.

On the individual level, there are good religious characters in La Belle Sauvage: the kindly Sister Fenella, the brave and upright Sister Benedicta. At the same time, there are characters in the resistance movement who pursue their ends by any means, no matter how morally dubious. And yet, whatever the strengths and failings of individuals, there is no doubt that there is a right and a wrong side to this war, and the church is the wrong side. In the Pullman universe, religion is at best a mistake, at worst, a tool for oppression, guilt-mongering and thought control. The good people who support religion are dupes and enablers. When Malcolm asks the sweet sisters of the priory how they could be on the same side as the odious C.C.D., they urge him to accept the mystery of the Magisterium and not to ask too many questions.

In a roundabout way, Pullman does Christians a service by writing his anti-Christian books. He reminds us, vividly and trenchantly, of what we do not want to be, what Christ would not want us to be. His earlier books charged the church with sowing sexual guilt, a criticism that struck me as both warranted and wrong—warranted because you do not have to look far to find bad theology on sex but wrong because any Catholic who disapproves of the body or of sensory pleasure has a basic misunderstanding of sacramentality.

Religion is at best a mistake, at worst, a tool for oppression, guilt-mongering and thought control.

La Belle Sauvage seems to be setting the stage for a conflict between religion and science, which is sure to be both warranted and wrong. (The church did persecute scientists; the church now teaches that faith is not antithetical to science.) Still, Pullman forces us to ask: Does our faith make room for science? Are we open to new ideas? Can we accommodate dissent? And do we, unlike the priory sisters, ask enough of the right questions?

Good nonfiction may teach us what to believe, but fiction teaches us how
Liam Callanan
Pullman’s criticisms may be one-sided and exaggerated, but even his most heinous portrayals are not without some historical precedent. Sure, Christians might want to protest, but they might also want to pay attention. Pullman is pointing out all the most dangerous traps.

This article also appeared in print, under the headline “Is Philip Pullman the anti-C.S.Lewis?,” in the December 25, 2017, issue. 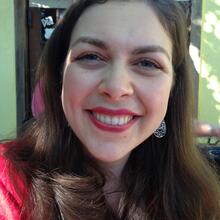 Elizabeth Desimone has an MFA in fiction from Oklahoma State University. Her work has appeared in Busted Halo and Cricket magazines.