The chaos and heartbreak of mental illness 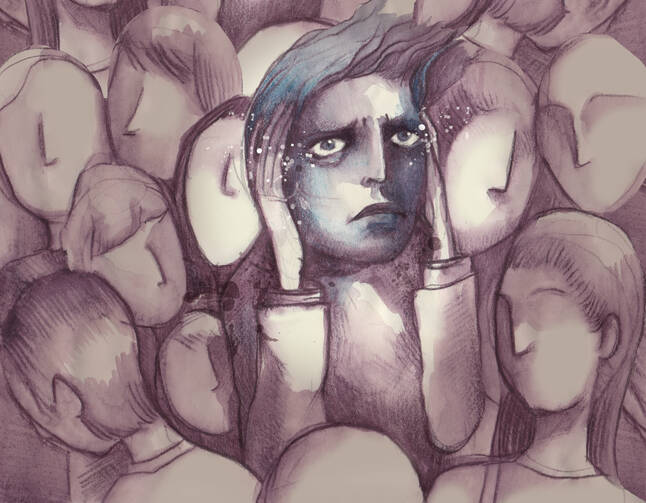 Some kinds of anguish need to be shared. That’s not because of the common opinion that anxiety will disperse if you uncork the bottle and let it drift into the fresh, clear air. Ron Powers explains: He did not want to write about his younger son Kevin’s suicide. He refused to admit it, to think or reflect. But when his older son, Dean, began to show signs of schizophrenia, he and his wife took immediate action. They were afraid of losing Dean too.

In 21 chapters and an epilogue, Powers moves from rage and mourning to a broader treatment. First he examines schizophrenia itself. He provides a deep history of the disease. Readers already familiar with the stories of Charles Darwin, Herbert Spencer, Sigmund Freud, Alois Alzheimer, Dorothea Dix, the Menningers, George S. Patton, Harry S. Truman, (“We have done painfully little about mental illness”) may be tempted to skim. Those who do will miss a rich retelling. Powers, a Pulitzer Prize-winning investigative journalist, sometimes cuts loose like a poet or mystic.

No One Cares about Crazy Peopleby Ron Powers

Consider his description of the family’s move to Middlebury, Vt., when Dean was 6 and Kevin 4. “Dean planted a Japanese maple tree near the yard lamp. As far as I know it is still there. I remember the exact spot in the driveway and how the rolling fields reached toward the mountains. The apex of the turn left to the garage…we sighted a rainbow arcing into the mountains where Bread Loaf lay. Rainbows would become familiar presences.”

Chapter headings give clues to Powers’ approach: “Bedlam, Before and Beyond,” “Eugenics: Weeding Out the Mad,” “Madness and Genius,” “Insanity and Icarus” and “Chaos and Heartbreak” are just a few. Powers wants readers to exert whatever leverage they may have to change the status quo. Like social reformers of earlier times, Powers uses every tool at his disposal to move readers beyond empathy toward action, a full and radical change of heart.

Irony is one of his sharper tools. He sounds like Dickens, who asks (in Scrooge’s words): “Are there no prisons? Are there no workhouses?” For readers who wrongly supposed such imprisonment was all in the past, Powers moves to shake us from complacency. He wants us to master our fears and fight.

But just when I thought I knew where Powers was heading, his story and especially that of his son, Dean, took an alarming turn. A car accident involving Dean and his girlfriend, Amy, veered into startling possibilities. In spite of the facts—that Dean had passed the breathalyzer test without difficulty—Amy’s parents, the police and the media moved Dean (a sensitive kid who was genuinely sorry) into the status of a “drunk driver.”

But just when I thought I knew where Powers was heading, his story and especially that of his son, Dean, took an alarming turn.

Dean is not allowed to attend his own graduation at Middlebury School. Powers and his wife, Honoree Fleming, are also out-maneuvered by the juvenile justice system. Amy’s parents ask the judge for Dean to be imprisoned for a period of three to eight years, even though jail and its attendant isolation could place Dean in danger of suicide. After a risky move, in which Ron himself argues for the power of forgiveness, the judge relents. Dean is placed under house arrest with his parents as caretakers.

When Powers pairs his son’s story with others, cases of police brutality and maltreatment of offenders, Truman’s dictum, “We have done painfully little about mental illness,” sounds prophetic. At the same time Ron and Honoree’s love for their surviving son is haunting. We help Ron and Honoree walk Dean through a Christmas from hell or, as Powers puts it, Rock Bottom. But Powers continually links his personal anguish to the need for social change. In his closing chapter, “Someone Cares About Crazy People,” he raises hopes that change is possible. The enemy is not so much public misunderstanding as indifference and helplessness. “As mental health research flourishes, mental illness care in the United States remains in chaos. It has always been in chaos, yet in our time the chaos has accelerated and spread…insane offenders against the law are routinely convicted and warehoused in jails and prisons.”

Do Catholics talk enough about postpartum depression?
The Editors

Powers estimates that mentally ill people die earlier than sane people by an average of 23 years. Suicides take the lives of 38,000 Americans a year. “They die as victims of violence, they die of suicide; they die of disease and neglect and exposure on the streets. Their average life expectancy is on a par with that of people in Bangladesh.” Yet Powers looks from every angle: “Surviving prisoners who serve out their terms are tossed back into the world with their mental afflictions intact, and very often worsened by beatings, solitary confinement and deprivation of psychiatric care and medication.” Powers calls them “throwaway people.”

Still, he seems to sympathize with public reactions to psychotic violence:

Mass shootings by people in psychosis create freshets of outrage—not over our poor and porous identification, care and oversight of mentally disturbed people, but over the laxity of our gun-control laws. Gun-rights advocates hear these outcries and call, not with any great passion, for mental health care reform. Then the conversation drifts to other things, until the next massacre. Police shootings of mentally ill victims, mostly black and poor and unable to find help, inspire similar freshets, with similar results.

In the end, my favorite chapter was the epilogue, a few sweet words in which Powers explains his tender memories of Kevin, and how alive Kevin’s memory remains. Powers adds, “Dean is thirty five now, and he is doing fine."

This article also appeared in print, under the headline “From empathy to action,” in the September 18, 2017, issue. 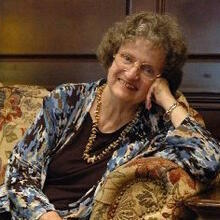 Emilie Griffin is an award-winning playwright and author of many books on religious faith, including Green Leaves for Later Years: the Spiritual Path of Wisdom. She lives in Metairie, La. Her latest title is Goodbye Birds & Other Poems.