The Prayers of Chris Cornell 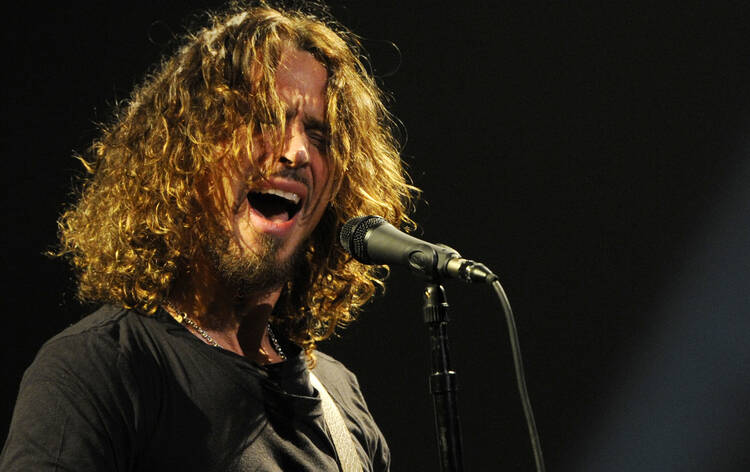 In this Feb. 13, 2013 file photo, Chris Cornell of Soundgarden performs during the band's concert at the Wiltern in Los Angeles (Photo by Chris Pizzello/Invision/AP, File)

After an apparent suicide on May 18 after a show in Detroit, Chris Cornell of the band Soundgarden will be buried this Friday at Hollywood Forever Cemetery in Los Angeles. In a gesture to his devoted fan base, the public is invited to visit the grave site after the private ceremony is over.

I entered adulthood listening to Soundgarden in the late ’80s and early ’90s. For many people of my generation (that would be “X”) Cornell’s voice represents a passionate rejection of organized religion. It is impossible to listen to Soundgarden songs like “Jesus Christ Pose” and “Holy Water” and ignore the anger of someone who has been subject to aggressive proselytism and even spiritual abuse. “You stare at me in your Jesus Christ Pose,” Cornell sings, “like I need to be saved.” No one can take this voice away from those who have suffered in this way.

So many of Cornell’s songs are filled with Christological and sacramental imagery.

But there is another voice of Chris Cornell, a voice that sang a haunting rendition of Schubert’s “Ave Maria” for a Christmas compilation album; a soulful, almost gospel-like voice that commended to heaven his friend Andy Wood, who died from drugs; a voice that sent out prayers for guidance and peace to his Creator (and whomever else would listen) in songs like “Show Me How to Live” and “Like a Stone” with his second band, Audioslave. So many of Cornell’s songs are filled with Christological and sacramental imagery, even as he groped for peace in the darkness of depression and frustration. His voice was that of many seekers. One hopes he will continue to be a consolation to them, even now that he is gone.

Whichever voice he was singing with, whatever that voice was singing about, well... what a voice it was. To listen to that voice was a spiritual experience, as it must have been to sing with it. The spirits invoked were sometimes bacchic ones, spirits not under rational control. The first time I saw Soundgarden my friends and I stood facing the band at the foot of their tiny stage in a tiny theater. We were completely taken over by their volcanic sound, which came from them as from one body. Cornell’s glacial blue eyes looked out miles beyond where he was as his voice erupted from miles below him to soar above the band. I had never seen a band play like that before or anyone sing like that.

The level of Cornell’s involvement in Christianity is unknown to me beyond a few well-known facts. His father was Irish Catholic and his mother a secular Jew. He was expelled from his Catholic school in Seattle. He used to identify as an agnostic, but he spent his last years as a member of the Greek Orthodox Church with his wife, Vicky Karayiannis. The couple baptized their children in the church and served as godparents for their friends’ children, which suggests a softening and perhaps even a warming of Cornell’s soul to religion. But it is hard to say.

It is also impossible to say why Cornell would take his own life. (His family believes the medication he was taking may have played a role.) The fact that his recent life seemed so happy—a stable family, rich friendships, honest engagement in his own recovery, involvement in several creative music projects, perhaps even a conscious opening to faith—speaks of the sometimes terrible mystery of a person’s inner life. Cornell came from a culture that had claimed the lives of many of his friends. He struggled with drugs, alcoholism and depression. Of the several major Seattle rock bands from the grunge period, only one has a singer who is still alive now: Pearl Jam’s Eddie Vedder.

We must remember with as much prayer, kindness and compassion that we can muster that addiction and depression are diseases. The way people act in the throes of these diseases defies explanation. We must hope that those who have died are now with God.

Cornell’s voice touched the anger, frustration and loneliness that so many people of his (and my) generation have felt. But even these feelings are so often tinged with the desire for transcendence. Like his friend Eddie Vedder, who still sings with such joy and generosity, Chris Cornell exulted in the grandeur of music, free from self-consciousness and filled with devotion. In his latter days he seemed as grateful for the experience of his own music as his fans were. His tears were real tears. His songs, his joy, his pain and his magnificent voice all said something of real prayer. If God was hidden in Cornell’s difficult life, pulling on his heart, we can hope that God will win out in the end for us and our loved ones. 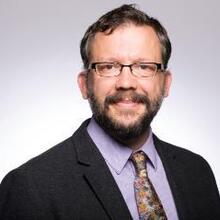 Christopher Hadley, S.J., is assistant professor of systematic theology at the Jesuit School of Theology of Santa Clara University in Berkeley, Calif. He hails from the Pacific Northwest. And he still listens to Soundgarden.

Thank you for a great look at his music. I too still listen to Soundgarden and his music has inspired me so much in the last few years. I'm a better cantor by singing along to his music as a warm-up on the way to Mass or practice. The guy had range, amazing vocal and breath control. But he also had soul. He will be so missed. May perpetual light shine upon him.

His lyrics always functioned on multiple levels, making it hard to know what was intentional and what was the happenstance of poetry, but few rock artists have written lyrics that work more authentically as prayers.

"So now you know who gets mystified.
Show me the power, child,
I'd like to say that I'm down on my knees today.
It gives me the butterflies, gives me away,
'Til I'm up on my feet again.
... I'm feeling outshined."

And what song has a better description of finding one's way to Christ's church than:
"On the altar of a sunrise
Was a wedding in the waves
And inside her shown a young light
From her labor I was saved
Though I've traveled long in darkness
In her harvest I'm embraced."

I almost feel remiss not quoting Light My Way.

Anyway, rest in peace, Chris. I pray that you're landing in His waiting hands.

Thank you for the compassionate article on Chris Cornell. Glad to read something written by an actual fan. Articles like this are why I love this publication. You guys do *such* a great job of assigning appropriate writers to the topics y'all cover. This article could've been given to a non-fan and would've been completely forgettable. Also love that I can always come here to satisfy my need for a Catholic perspective on even secular culture. I've never understood people who fully reject all things secular as if just because someone or something isn't overtly Christian that it isn't worth embracing or at least exploring. Please keep doing what y'all are doing :)