The problem of violence in the modern world

The problem of violence in the modern world 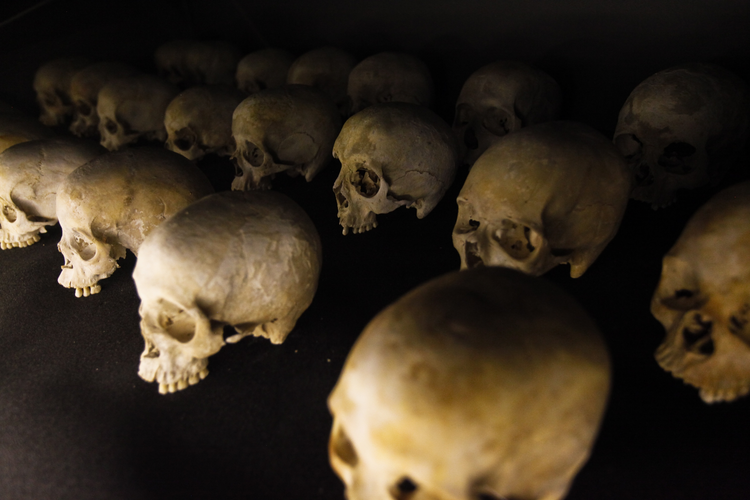 The skulls of victims of the 1994 genocide in Rwanda are seen at the Kigali Memorial Center in Kigali, Rwanda, in this 2012 file photo (CNS photo/Dai Kurokawa, EPA).

In nearly every class I teach on Rwanda, I receive a seemingly simple question from a puzzled student: “Who are the Hutu and Tutsi?” Inevitably I pause, breathe deeply and slowly reply, “That’s a more complicated question than you know.”

It is with great eagerness, then, that I dove into Matthew Lange’s new book, hoping he could lend some sociological insight to future student questions on ethnicity and ethnic violence. In this regard, Lange’s book did not disappoint. In just over 200 pages, Killing Others provides an erudite yet accessible introduction to the origins and causes of ethnic violence in the modern world. In summary, far from dismissing ethnic violence as a lingering relic of premodern atavism, Lange argues that modernity and ethnic violence are intrinsically linked.

First, the concept of ethnicity itself is a distinctively modern idea. Borrowing from Max Weber, Emile Durkheim and Benedict Anderson, Lange defines ethnicity in terms of a subnational “communal identity” and “collective consciousness” based on an imagined common culture and shared descent. Like national identity, ethnicity enabled people to envision themselves as part of the same community even though they “do not know most co-ethnics, commonly have major cultural differences, and rarely share blood ties.” In turn, the move from ethnic consciousness to ethnic violence depends on having a sense of “ethnic obligation” to one’s own in-group and “emotional prejudice” (for example, hate, anger, jealousy, fear and envy) against the ethnic out-group.

Second, although our human “binary instinct” has always led us to divide ourselves according to “in-groups” and “out-groups,” Lange argues that modernity has massively increased the level and scale of ethnic violence. This is in part a definitional issue—ethnicity is an abstract modern identity, and therefore we did not have “ethnic violence” in premodern eras (rather, people killed to protect more tangible local communities, like families or clans).

But Lange’s argument goes further, asserting that key dimensions of modernity—especially powerful bureaucracies, communication technologies, transportation and mass education and media—have made it much easier both to propagate ethnic consciousness and to mobilize and direct ethnic violence.

Another modern concept, the nation-state, stands especially implicated in the rise of ethnic violence. Twentieth-century “ethnicized nation-states” were especially brutal. One thinks here of the ethno-national mythos of the Nazis’ “German volk,” Slobodan Milosevic’s “Greater Serbia” or Rwanda’s “Hutu Republic.” In turn, the modern nation-state model is linked to the idea of communal self-rule. This has created great instability and, often, violence in ethnically plural states, exacerbated by the fact that two-thirds of the world’s ethnic communities were excluded from political power between 1946 and 2005.

Lange offers many insightful points throughout this study, some of which cut against the grain of conventional wisdom. For example, he challenges the shibboleth that education is the key to producing social peace and ethnic harmony. Drawing on a trove of studies, Lange demonstrates how hate groups like the Ku Klux Klan or the Nazis had disproportionate numbers of highly educated members with university degrees. In addition, Lange probes the question of why “early modernizers,” centered largely in Europe and North America, experienced little ethnic violence after the bloodlettings of World War I and World War II.

On the contrary, “later modernizers,” in Africa and Asia, have borne the brunt of ethnic violence since 1950. He attributes the success of the early modernizers to “robust, rights-based democracy, effective states, and economic prosperity,” three principles that he sees as crucial to limiting ethnic violence in the future. At the same time, he recognizes that the legacies of colonialism and diverse trajectories of political modernization make the future of ethnic violence uncertain in the late modernizers.

A final important if more ambiguous point concerns Lange’s treatment of religion. For Lange, organized religion has been one of the key factors in mobilizing in-groups and out-groups in both premodern and modern times. (What Lange means by “organized religion” is less clear, especially since he simultaneously locates its roots in both biblical and modern times). Lange assigns considerable responsibility to Christian missionaries for creating ethnic consciousness among groups, including the Karen in Myanmar, the Assam in India or the Tutsi in Rwanda. In their determination to “convert and control,” missionaries often empowered marginalized community groups, reversing social hierarchies through Western education and thereby “politicizing” ethnicity. My own past studies of Rwanda bear out many of Lange’s claims.

But the religious question may be more complex than he makes it sound. For example, American Baptist missionaries are criticized for crystallizing Karen ethnic identity by improving their socio-political and educational status vis-à-vis the majority Burmese. But should missionaries have simply acquiesced in the stratified status quo? It is also not clear to me that religious identities are always divisive. In fact, they may be some of the few identities that can bring people together across ethno-national lines of division, whether in Paul’s ancient church in Galatia or during a modern-day hajj to Mecca.

Overall, Lange’s book is an excellent introductory undergraduate text that helps clarify the often-muddled roots of ethnicity and ethnic violence. I’ll be using it with some of my puzzled Creighton undergraduates next year.

It seems we do not help the situation with our fascination with increasingly violent videos, movies and games. Nor the widespread distribution of automatic weapons and technical expertise (e.g. drones and cruise missiles) that kill indiscriminately and with devastating effect. We all learn to accept such proliferation of killing as just the numbing necessity of getting rid of those we have determined are the "bad guys." In addition, the acceptance of collateral damages against women, children, the elderly and life supporting infrastructure have become "necessary" to traumatize the surrounding civilization. The anti-terrorists have become the new terrorists with torture, revenge killings and numbness towards the collective damage caused to both sides. Violence is now both sanctioned and the direct effect of governments sponsoring it. There is now no mercy, no escape, and utter annihilation as military and social strategy.

This article also appeared in print, under the headline “The problem of violence in the modern world,” in the May 29, 2017, issue. 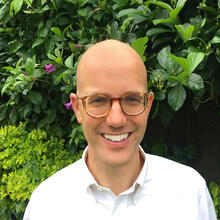 J. J. Carney is an assistant professor of theology and the director of African studies at Creighton University, Omaha, Neb. He is the author of Rwanda Before the Genocide: Catholic Politics and Ethnic Discourse in the Late Colonial Era.