What “S-Town” gets wrong about life in rural America 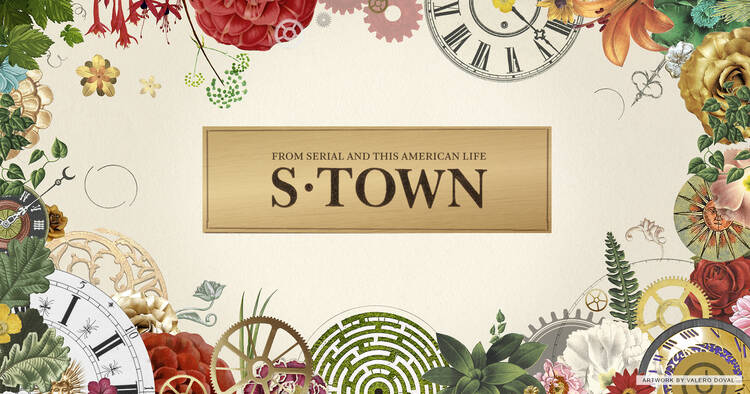 The seven-episode look at one man’s life in rural Alabama is the most downloaded podcast in history. Phone calls interwoven with in-person interviews and reflections by the producer Brian Reed document a months-long saga in Woodstock, Ala., where Reed travels to investigate an alleged murder and instead winds up painting an intimate portrait of resident John B. McLemore.

The show’s success is due to its appeal to an urban, educated audience, and the story is presented through an urban, educated lens. Listeners who have no experience with rural life are fed sound bites that confirm tropes of Southern, rural living—specifically racism, “white trash” poverty and a “backward” way of thinking.

This is where “S-Town” fails. It lacks context and thus further reinforces listeners’ preconceptions. The poverty and racism that exist in rural areas do not exist in a vacuum. But instead of exploring the historical and socioeconomic forces that shape the “characters” of Woodstock, the show gives listeners racist epithets without context, such as one uncomfortable discussion that takes place in a tattoo parlor.

The town of Woodstock is nearly 95 percent white, and its residents have long family lines in the area. Not only are residents inheriting attitudes from generations of racist social structures, they also have little contact with people who look or think differently. Simply interacting with people of different races has been shown to change prejudiced white attitudes. People living in diverse cities take such interactions for granted.

None of this is to say racism should be excused or accepted. But before enlightened “S-Town” listeners cast off as irredeemable those who express racist views, they should consider how they themselves might see the world if they lived their whole adult lives in Woodstock, Ala. When a person’s only contact with someone who looks different is through negative media portrayals, it is easy to stereotype “the other.”

“S-Town” is also ignorant of the social circumstances that Mr. McLemore faces. The show asks, for example, why he did not seek mental health help, given that he talks openly about suicide. But there is not much sympathy for weakness, especially mental weakness, in places like Woodstock. Rural, largely agricultural or manufacturing areas were built with a hard-working, rub-some-dirt-on-it mentality. There is a stigma attached to asking for help.

“S-Town” borders on being another American “poverty tour,” which rarely benefits those who are on display.

Even if the Woodstock resident wanted professional help for depression or another mental illness, he would be hard-pressed to find it. There is a historic lack of health care providers in rural areas, leaving residents without nearby care..

This lack of access is the product of deeply entrenched poverty in rural regions of the country. In the second half of the 20th century, when unemployment and poverty rates began to fall in cities, rural areas did not experience the same economic growth. The cost of living is lower in the country, but so are wages, leaving many working people and families unable to make ends meet. Social services and job programs are less likely to reach these parts of the country, too.

These factors and more lead Woodstock residents to a mentality of rural isolation. Washington, D.C.—with all of its resources and power—is geographically and ideologically distant. If the leaders of your nation do not care enough about you to invest time or money, then “f--- it,” you say. If you don’t have anything to start with, what do you have to lose by talking frankly with some journalist from New York?

“S-Town” could have gone deeper into some of these rural complexities, instead of breezing past them for the next sensational sound bite. Without context, “S-Town” borders on being another American “poverty tour,” which rarely benefits those who are on display.

What '13 Reasons Why' gets wrong about suicide
Jake Martin

“S-Town,” of course, is not an academic study of racism or rural poverty; it is attempting to tell a story. But blind spots and a lack of context do listeners a disservice, leaving them with an incomplete picture. In a 2009 TED Talk on the danger of a single story, the author Chimamanda Ngozi Adichie said: “Power is the ability not just to tell the story of another person, but to make it the definitive story of that person.… Stories can break the dignity of a people, but stories can also repair that broken dignity.”

“S-Town” tells a single story of Woodstock and of rural American living. It is not the only story, and it is far from complete.

I liked S-town. I was raised in a rural Southern town (KY) so I could relate to a lot of the people characterized in the podcast. I know (and love) people like that.

What grabbed me was the remarkable insight and character of John McLemore. The podcast read like a novel into the complexity and paradoxes of this one man. His pain, his genius, his incredible beauty in the context of where he lived his life. It is not really so much different from any of the rest of us, urban or rural.

While the writer was in Woodstock, he should have checked a map to find out where he REALLY was! Woodstock is a couple of miles off I-59 and maybe 20 miles from Bessemer which has an appreciable medical center where all kinds of services are available. 13 miles north on the same highway is The University of Alabama @ Birmingham, a huge medical complex with an indigent care hospital, Cooper Green Medical Center. Go the OTHER way out of Woodstock and travel 20 miles or so south and you are in Tuscaloosa, with the main UA campus and Druid City Med Center. So, no cigar for the bogus characterization of Woodstock as isolated from civilization. I haven't heard the podcast but I know Woodstock and this article is condescending and fantastic.

The one factor not mentioned in this article is education. And I make reference to it broadly….school, newspapers, radio, television, movies, etc. All the avenues of learning about other places, other people, other things! This is 2017, not 1917. (I have never heard the podcast nor did I even know about it prior to reading this article.) Even in his old age, and I presume from the article that he is mature, there are opportunities galore for this person to expand his knowledge and view of the outside world. Just get in the dammed car and drive someplace else for the day, meet new people, see new things!

There is NO excuse for ignorance, not cultural context, not familial context, not social context, not religious context, not poverty, not anything. My antipathy for Trump may be irrational, for example, but I know that I have chosen deliberately to be such. Like my own prejudices, I don’t buy any excuse except personal choice for such ignorance. Sadly such ignorance is widespread, acknowledged and, worse, accepted and condoned.

RE: "But blind spots and a lack of context do listeners a disservice, ..."
That sounds like most of the history we learn in our schools. You know, things like: The Continental Army won the battle of Yorktown (the French Navy wasn't even there?) Abraham Lincoln freed the slaves (but not in all the states). We fought a war against slavery, which explains why all the thousands of poor white boys joined the Army - to protect the interests of the fat-cat slaveholders (Right! Ho, ho, ho!) We never committed genocide, but rather settled the American West against the wishes of its inhabitants. We fought the Spanish-American War because the Spanish sank the Battleship Maine (:-) That was like the story that we opened hostilities against the North Vietnamese because of their "attack" on us in the gulf of Tonkin. We did not attack Israel when they sank the USS Liberty, probably to not upset our preferred balance of power in the Near East and to satisfy a minority of American voters. And, the "beat goes on" today.

I disagree with the conclusions of this article. The podcast provides plenty of context, but maybe not in the academic way the author of this article would have preferred. "S-Town" is not intended to be a socio-economic history lesson about all of rural America. Despite its name, the podcast "S-Town" is really an intimate exploration of just one person, John B. McLemore. The podcast does a wonderful job of putting the racism and poverty that exist in rural areas in proper context, not by giving a history lesson to its 'urban, educated audience', but by revealing the intricacies of the people who create, live in, and are shaped by these areas. By exploring McLemore's relationships with other members of the town, we learn that the stereotypes are not as simple as they seem. For example, the scene with the racist tattoo parlor conversation is the same scene where the audience is introduced to Tyler Goodson. Although Tyler shares some of these racist opinions, we see throughout the series that despite a tough childhood he is still capable of deep love and self-sacrifice. The podcast doesn't stop at affirming surface-level stereotypes of rural America. "S-Town" doesn't excuse or vilify the racism or poverty that exist in Woodstock, but instead reveals in a beautifully intimate way the complexities of the people who live there, showing the dangers of reducing people to those stereotypes.