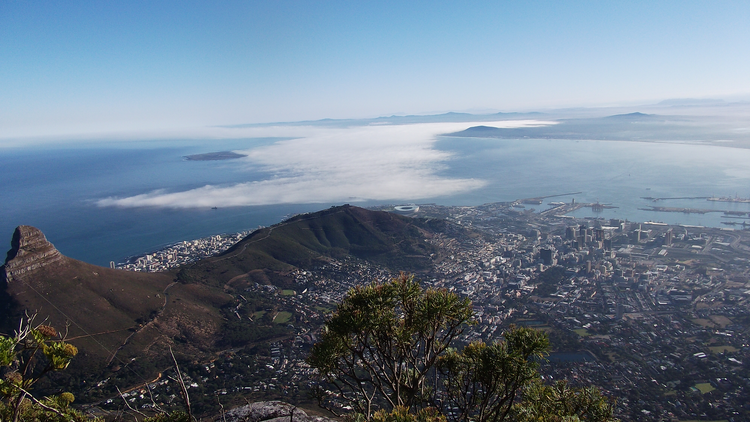 You would not expect science fiction to come from the pen of Czeslaw Milosz. As the book’s translator, Stanley Bill, a lecturer in Polish studies at the University of Cambridge, writes in his introduction, “Science Fiction as Scripture,” Milosz, the Nobel Prize-winning Polish exile poet who died in 2004, is known as “a profoundly historical writer,” above all a lyric poet, suspicious of the novel as a form and a realist.

The Mountains of Parnassusby Czeslaw Milosz

So why would he write science fiction? It appears that the radical student movement of the late 1960s disturbed Milosz enough that nonfiction was not enough expression for him. Bill writes, “In the essays of Visions from San Francisco Bay, Milosz analyzes the trends as he sees them in contemporary America; in the fictionalized descriptions of The Mountains of Parnassus and ‘Ephraim’s Liturgy,’ he imagines their future consequences.”

In the first section of the novel, “Describing Parnassus,” Milosz describes, as seen from a distance, the mountain ranges and the cities below them. The descriptive passages are beautiful in an understated way (Milosz almost always understates)—“The roar of the water echoes off the walls as it foams over the rocks”—and then the chapter ends with two friends, one of whom is named Karel, who “had suddenly recalled that he owned a house in Onwego.” They travel to the crumbling-away house over the river; and then comes an amazing passage pretty much out of the blue, but somehow fitting into the overall tone:

For let us consider what occupied their thoughts: namely, an Earth without fatherhood. Long ago, fathers had existed, towering over the generations like the cool, calm peak of Onwego over the resinous monotony of the forests. People could depend on their wisdom and knowledge, and even rebelling against them gave some sense of security. Yet the fathers had departed, and the children were left alone in their kindergarten...If the fathers had departed, then the children could surely do nothing else but strive to become their own fathers.

The “novel” continues with a description of a young man, Karel, presumably the same one in the previous section, who at age 18 decides to kill himself, or at least, take the risk of playing Russian roulette. This protects him psychologically from the threat of the H.B.N. (Higher Brethren of Nirvana), an agency no one knows much about that, in the interest of society, culls humanity by periodically killing people at random by dematerializing them. Karel no longer fears death, however, so he is able to rise high in what appears to be a university career.

Karel meets up with his old friend, Ephraim, a religious figure who has just returned from an enforced exile. Ephraim finds in a library the reminiscences of a cardinal who fought as well as he could against the disintegration of the Orthodox and Catholic churches. In this chapter, “The Cardinal’s Testament,” Milosz unleashes a fierce attack on the post-Vatican II church:

The gates of hell were far away [because the Church no longer taught about devils and angels except as metaphor]...They did not deign to recall what Montesquieu had foretold, and what would soon come to pass: that Protestantism would disappear, and that what Protestantism had been, Catholicism would become. They themselves labored over the fulfillment of his prophecy, not by imposing morality, but by dissolving faith in morality, turning faith into a concession from the prince.

The cardinal goes on to describe “the Church as a troop of boy scouts trained in an additional politeness useful to the authorities.”

The next section, “An Astronaut’s Tale,” is the story of Lino Martinez, a member of the Astronaut’s Union, who is given immortality by the new technology and, after an interstellar trip near the speed of light, returns and feels driven to find an old lover. When he does so, she is, of course, an old woman; meeting her compels him to a dramatic decision. This is the longest section of the book, the most novelistic in a sense, the other sections bordering on drama-tinged essays.

The final section, “Ephraim’s Liturgy,” describes how art became the new religion but failed, just as philosophy and Marxism had failed, and the church, self-disbanded, had reappeared in remote communities that do not communicate with one another, calling to mind the so-called Benedict Option. In a passage that indicts the creative writing program industry and anticipates the internet, Milosz writes, describing the multitude of people in the arts:

It was like an enormous hall filled with endless rows of pianos. Everybody was playing his own instrument, straining to drown out the others, and even if he were to have stopped playing for a brief moment, he would have heard only his immediate neighbor in the general din.

The last few pages of the book are a new form of the Mass written by Ephraim for his local congregation, a blend of the Latin and Slavonic rituals with a homily delivered in verse.

Why we need Catholics telling stories in every possible way
Jon M. Sweeney

This book is a real find for the author’s fans, including myself, who find everything he writes compelling and beautiful, full of nuance and qualifications but also firm in principle—the principle being to preserve the best of the past, especially to tell the truth about the past, while being open to what is good in new movements. Czeslaw Milosz’s work is a tonic in an age of absolutism, when both sides of the political spectrum seem driven toward an intolerant totalitarianism, a nightmare Milosz knew too well.

This article also appeared in print, under the headline “A Polish poet’s ‘Brave New World’,” in the April 17, 2017, issue.

Frank Freeman, a frequent contributor to America, lives in Maine.