Scientology deserves your compassion: An interview with filmmaker Louis Theroux

Scientology deserves your compassion: An interview with filmmaker Louis Theroux 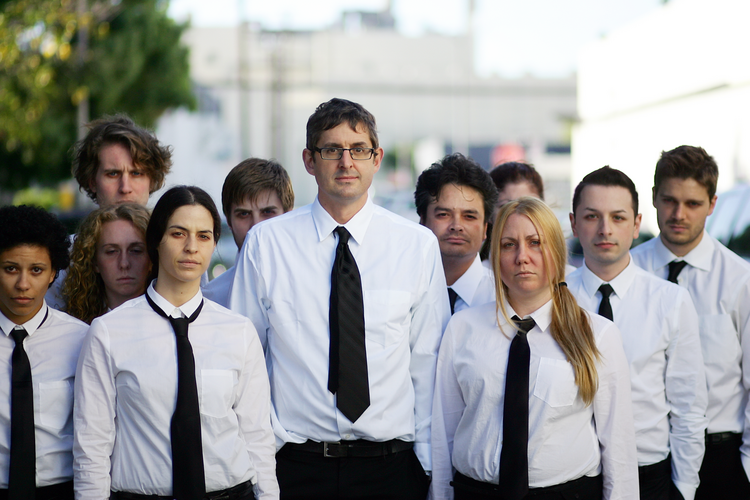 You could say that Louis Theroux is drawn to immoral subjects. In interviews with neo-Nazis, ISIS supporters and pedophiles for his BBC documentaries, he has plumbed the depths of various forms of extremism. But Theroux himself claims no moral authority. In the course of an interview with America, Theroux asked: Who gets to determine what a religion is? Who decides if a religion is good or bad? What moral code do they use to do so? Can that moral code be religious itself, or should it attempt to be separate?

Perhaps I should have anticipated that one of the United Kingdom’s favorite TV journalists would be more interested in interviewing me than being interviewed himself. But what was most intriguing was Theroux’s genuine concern, both as a journalist and as an atheist, for my answers. This curiosity, open-mindedness and consternation is exactly why Theroux’s films are successful (and will continue to be); he will never run out of questions.

Ahead of the U.S. release of “My Scientology Movie” (which premieres today), Theroux joined me in New York to chat about the place of compassion in journalism, his preoccupation with religion and the singularity of the Church of Scientology.

This interview has been edited and condensed.

I’ve never really been that drawn to religion in the sense of having a religious experience. My parents were both lapsed in their faiths. My dad was raised Catholic and my mum was Church of England, but we never went to church growing up. If anything I do feel I missed out on it a bit. Because I think [faith] gives you a mental furniture and almost something to push back on.

When I was growing up I remember going to Catholic services on my summer holidays when I was in America with my dad’s family and his brothers and sister were raising their children Catholic. I remember going to church with them occasionally and they would all go and receive Communion, and I’d sit there on the pew thinking, “Wow, I’d quite like...to be one of the team.” I remember thinking: “What’s wrong with me that I’m not allowed to do that?” So I felt a tiny bit left out.

I admire that spirit of community, which verges on a sense of holiness. Sometimes when I’m in church with all those accoutrements and that sense of theater that generates an emotional response. I like the ritual [aspect of faith]. But I find it very hard to think of there being a presiding supernatural power.

I like the ritual [aspect of faith]. But I find it very hard to think of there being a presiding supernatural power.

Do you think your own difficulty in conceiving of God motivates you to study people who can?

I think that’s partly it, though I think that gives me a helpful distance. I don’t think of the films I make as being religious films. I think of them being sort of psychological portraits.

In which religion features quite often.

In which religion features quite often as very important manifestation of how minds work. I tend to see religious impulses as inseparable from what we are as human beings. And I’m fascinated by the ways in which it leads people to act seemingly against their own interests, while also fulfilling important needs.

I did these two shows about the Westboro Baptist Church, and the crux of these encounters is not so much how they behave on the pickets—although that clearly is interesting—but the side effect of that, which is that they’re so embattled. They’re so hated by the outside world that they’ve become this totally isolated community. When their children leave—as they often do—the children say: “I can't do this anymore. I don’t want to do this anymore but I want to be part of the family.” And the parents are in the position of saying: “You’re nothing. You’re dead to me.” And then you see the pain that the parents experience. It’s extraordinary.

You’re known for attempting compassion toward difficult subjects in your work. What have you learned about religion from that perspective?

In terms of the work that I do, which is about looking at religion as it exists on the margins in various respects—religion almost at its most destructive—it’s not a kind of aggregate of religion in general. I think that goes without saying.

[I live in] a very chaotic community in West London with all sorts of different people from all over the world. What strikes me there is [that] one of the few forces that seems to be bringing people together or maintaining a sense of social cohesion is church. On Sundays, everything settles down a bit.

You see a lot of stridently anti-religion journalism which I don’t identify with. It seems like shouting at the weather.

[A compassionate approach] is not something I thought through. When I first started out I was just quite shy and not a TV natural. I just wanted to get along with the people I was interviewing. I was hired by Michael Moore to work on “TV Nation” and so I just tried to be liked, be nice and get my questions answered. So whether that was compassion or not, it really was a sense that I was a guest of whoever I was with.

So it was more an instinct of courtesy to begin with?

Yes, a sense of courtesy I suppose and civility and feeling that I just wanted to be fair, and I suppose [I wanted to] build bridges in some way. That was un-thought through, but it evolved into a kind of approach. You see a lot of stridently anti-religion journalism which I don’t identify with. It seems like shouting at the weather in some ways.

In “My Scientology Movie” you said that you entered the project with an open mind, hoping to understand more and perhaps to even like the people in the church. Was that at all possible?

Absolutely. And it was more of a challenge in this film than it has been normally in my work because when you’re among any people that behave in a way that’s somehow different than the way you do, there’s part of you that goes native. That's part of my normal journalistic practice: to try and build rapport and to be open to the positive qualities of the true believers [of fundamentalism] I spend time with.

Now, I wasn't immersed in Scientology. If anything I was immersed in anti-Scientology because I was spending days and days with people like Marty Rathbun who at that time—his position has changed a little bit—was bringing news about the alleged abuses inside Scientology. So it was difficult. Especially when one of their chief precepts in Scientology...[asserts that] journalists are the enemy, and people who are covering [Scientology] in a fashion that they regard as suppressive deserve to be confronted and “shattered.” That’s their word, “shattered.” And so they were trying to shatter me, and if someone’s trying to shatter you then that’s not a nice feeling.

But to answer your question, and this goes without saying: There’s tremendous self-sacrifice, there’s amazing levels of commitment, and many are earnest people, devout people, people who really wish to do good in the world. But they’ve been imprisoned, figuratively, in this way of thinking.

Louis Theroux works from an interesting starting point. I am glad he is able to do this work. And thank you for a good article!

The title of this article is way off the mark. You don't go into sufficient depth with Scientology to evoke either sympathy or hostility. There is nothing substantive here.