'A Man Called Ove' will win the foreign film Oscar. Oddly, it deserves it.

'A Man Called Ove' will win the foreign film Oscar. Oddly, it deserves it. 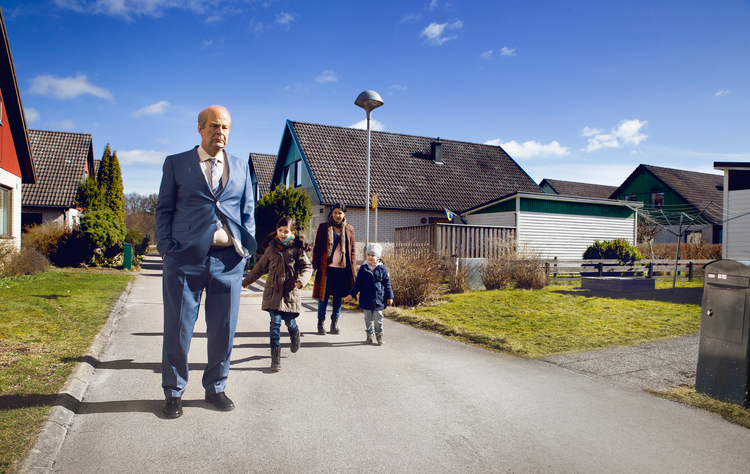 Serious moviegoers have always had reasons to roll their eyes at the Academy Awards. For some, it may have been “Goodfellas” losing to “Dances With Wolves” in 1991. Or “Brokeback Mountain” losing to “Crash” in 2006. Or anything losing to “Crash” in 2006. Or Cary Grant never winning an Oscar. For this writer, one of the great miscarriages of Oscar balloting occurred in 2009, when the nominees for Best Foreign Language Film included the animated Israeli documentary “Waltz With Bashir” and the exquisite French film “The Class.” The winner: “Departures,” an anodyne drama about a Japanese mortician, most notable for its overt sentimentality.

This is not something I dreamed up. Distributors have built very healthy portfolios pandering to the emotional susceptibility of foreign-film Oscar voters.

Which is the long way of saying that “A Man Called Ove,” the Swedish submission and one of the five nominees, is the one that’s going to win Best Foreign Language Film (we think). Oddly enough, it deserves to. Directed by Hannes Holm, the film’s title character is a well-traveled archetype—the curmudgeon who will be redeemed, in this case by children and cats. Although we meet him at the height of his long-simmering irritability, life for Ove (the wonderful Rolf Lassgård) has hardly been a bowl of lingonberries. He is kind of a Nordic George Bailey, reflecting on his life, even as he tries to end it—his suicide attempts, constantly and comically interrupted, are blackly hilarious. At 59, and looking far older (the film is also, somewhat oddly, among three nominated for Best Makeup and Hairstyling, a good omen), Ove has been unceremoniously dismissed from his job of 43 years. The world around him is changing for the worse. People who don’t look like him are moving into his neighborhood. No one follows the rules anymore. And his wife, Sonja (Ida Engvoll), whom he all but worshipped, has betrayed him and died.

He is a comically misanthropic old man, one obsessed by rules. As the self-appointed policeman at his condo complex, he admonishes those who park incorrectly, monitors the recycling bins for violations and barks at dogs. At the same time, he harbors a hatred of bureaucracy and the “whiteshirts” who have always had the power and wielded it against hardworking people like himself.

Does he see a contradiction? Even a parallel? Not at all. Perhaps by accident, Ove is the most sympathetic example we have seen of that oft-discussed and much analyzed figure, the Trump Voter. Even if he is Swedish.

Will this help the film’s Oscar chances? Perhaps. “Ove” is marvelously entertaining, but it also has an edge of political currency that is too obvious even for Oscar voters to miss. And the plight of Ove, whether or not he mirrors the kind of political disgruntlement being observed worldwide, is also something that speaks to everyone. As we see via flashbacks, Ove has always been a solid citizen, often a lovable one—occasionally a heroic one. At the same time, the system has always been tilted against him. As the movie progresses, and we watch Ove become increasingly humanized by his very pregnant Iranian neighbor, Parvaneh (the delightful Bahar Pars), and her children, we understand that his heart has been hardened by injustice real and perceived, including the loss of his beloved wife. He is not a bad guy. But he certainly is a cranky one.

“A Man Called Ove” does not need an Oscar to be a generous, big-hearted movie, one that could actually make an audience laugh and cry. And it has some stiff competition, including “The Salesman,” from Iranian genius Asghar Farhadi; the critics’ fave “Toni Erdmann” from Germany; and “Land of Mine” a ferocious post-war drama from Denmark. But “Ove” has a certain timeliness, and charity, that make it particularly worthy right now. If it doesn’t win, I won’t be rolling my eyes. But I may be shaking my head.

Over what service can it be streamed?

This article also appeared in print, under the headline “A Swedish curmudgeon, redeemed by children and cats,” in the February 20, 2017, issue.