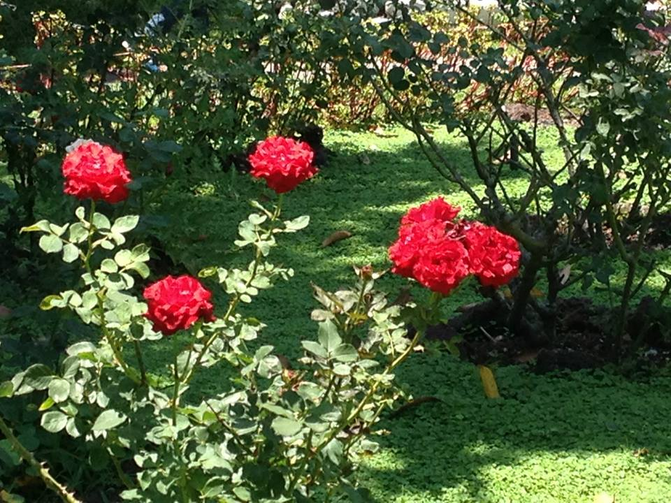 The Rose Garden at the University of Central America in San Salvador, where six Jesuits, their housekeeper and her daughter were murdered by Salvadoran paramilitary forces on November 16, 1989.

It is more than a little disconcerting to try to review a collection of essays written by someone who was not only a great theologian but also happens to be a martyr. Ellacuría’s politicized gospel led him to ask not so much why Jesus died, but why he was killed; if we turn the question back on our author himself, the answer is loud and clear: for the ideas that he spent his life expounding and putting into practice. Being killed for your vision is one sure if bloody way of having its truth affirmed. In Ellacuría’s case, he died for his insistence that the Gospel calls Christians to build the reign of God in history, and for his efforts to make that happen. That should lead us to pay close attention.

Ellacuría was uniquely but uncomfortably placed to show the importance and the danger of his essentially inductive view of theology.

If there is one single insight that shines through this book more clearly than any other it is the emphasis on the historicization of theory, of theology and of ideology. As president of the University of Central America (U.C.A.) in El Salvador for the last 10 years of his life, Ellacuría was uniquely but uncomfortably placed to show the importance and the danger of his essentially inductive view of theology. As he writes in one of the most striking essays in this collection, “theology as the ideological moment of ecclesial praxis” (a bit of a mouthful, admittedly) calls theologians to serve the church and history by reflecting upon what is needed in these times to further the reign of God. Somewhere in his writings, though not in this collection, Ellacuría said that every time he gets ready to teach a class he asks himself how what he is planning to teach has a material impact upon life in El Salvador. And if he cannot answer the question, he does not teach the class. Theology is not about the church, then, but about aiding the church to reflect upon the way God is acting in history.

Blessed Are The Pure of Heart: The Ellacuría Tapes
Michael J. Rogers, S.J.

This collection is particularly timely because it coincides with the long-overdue reclamation of liberation theology from the calumnies it suffered under the two previous papacies.

This collection is particularly timely because it coincides with the long-overdue reclamation of liberation theology from the calumnies it suffered under the two previous papacies. Ellacuría is a fine example of the kind of liberation theologian that Pope Francis values, namely, someone who sees the life of the poor, “the crucified people,” as the privileged place in which God is at work in history and who is able both to bring hope and to challenge the vested interests which, by reinforcing the economic and political status quo, work to frustrate the coming of the reign of God. And all without any dependence on Marxist rhetoric.

The essays in this collection are prefaced with a lengthy and very helpful introduction from Michael Lee, the editor, and each essay is introduced with a short commentary by Kevin Burke, S.J. Ellacuría is not well known to American theologians in general or, more surprisingly, even to liberation theologians; and most of his essays have not previously been easily accessible. Lee corrects this, with nine of the 12 appearing here in English for the first time.

Four focus on questions of Salvadoran history and philosophical method and make clear the extent of Ellacuría’s debt to the Spanish philosopher Xavier Zubiri, rather than to Karl Marx.

Four take up the question of the relationship between liberation and salvation and constitute a sustained challenge to the ecclesial critique of liberation theology.

The final four discuss the church of the poor, the role of theology, spirituality and the legacy of Oscar Romero, all circling around the importance of history and most poignantly concentrated in the question Ellacuría asks about the life of Oscar Romero, “Wasn’t he the same person...both before and after being named archbishop of San Salvador?” The “new thing” that constituted his conversion from being just “a good priest” to becoming “a fundamental factor in the salvation history of El Salvador,” says Ellacuría, is that he “sought to historicize properly the force of the Gospel.” He sided with the crucified people, and in his murder he shared their fate. So too, of course, did Ellacuría himself.

The great value of bringing this set of essays before the English-speaking public at this time is that it gives the lie to the prevailing view that liberation theology is dead, that it died in the 1980s, when its “historicist immanentism” and its Marxist rhetoric revealed it to collapse the reign of God into mere secular politics.

Blessed Are The Pure of Heart: The Ellacuría Tapes
Michael J. Rogers, S.J.

Ellacuría is unfortunately no longer with us, but these writings—ostensibly tied to a particular moment in Central American history—speak with a freshness that challenges the church of the northern hemisphere to live up to its responsibilities to the reign of God. The church is not about the church, but about the reign of God in history. The poor are the privileged locus of God’s grace because “only the poor in community can succeed in keeping the church from excessive institutionalization and worldliness.” (Note here the echoes of Pope Francis’ critique of self-referentiality and his warning that the church not become “a corporation.”)

Perhaps the salvation of the affluent church lies in taking up the challenge of Ellacuría and Romero. If so, and it surely is so, Michael Lee is to be thanked for bringing this critical theological vision to a wider audience.

This article also appeared in print, under the headline “A Martyr’s Perspective,” in the March 24, 2014, issue. 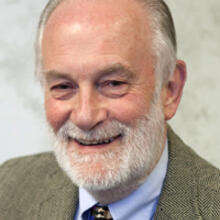