This year’s hurricanes, floods and earthquakes produced such unforgettable, apocalyptic scenes of devastation that they may well have altered, at least temporarily, the imaginative context within which we read Wendell Berry’s new collection of poems, many of which celebrate the serene, nurturing side of nature.

The book’s title, Given, conveys the double significance of nature, first as a gift bestowed upon us by God and second as the assumptive framework or essential “given” of our lives that we have neglected. The collection consists of three groups of poems and a brief drama in verse. The first two sections, entitled “In a Country Once Forested” and “Further Words,” deal with topics Berry has consistently explored in his numerous novels, essays and other books of poetry—nature, faith, death and love.

Berry’s nature poems come across quite powerfully, articulating a homespun aesthetics of forest and river. He reformulates Heraclitean insights about a river’s ever-changing beauty, while also capturing dependable rituals, such as an old turtle’s crawling out of the river. The anthropomorphism we often find in nature literature acquires a theological tone at Berry’s hands: “Quietly,/ quietly, the river received/ the forgiveness of the new dawn.” He offers poetic reinterpretations of theological doctrines such as original sin, and he has a kind of Christological/ecological epiphany: “The incarnate Word is with us,/ is still speaking, is present/ always, yet leaves no sign/ but everything that is.”

At one moment Berry pays microscopic attention to natural objects, and at another moment he aspires to a macroscopic profundity that the reader will either appreciate or dismiss as sounding like rehashed aphorisms from the 1960’s. For example, the poem “They” sums up a long relationship: “We are the you and I who were/ they whom we remember.” Berry occasionally skirts what some might consider a dangerous line between koan and quip, as in the poem called “Dante,” which consists in its entirety of, “If you imagine/ others are there,/ you are there yourself.” Is this a profound insight into Dante’s inner torment or merely a facile dismissal of the self-righteous?

Berry writes with a disarming humor and a succinct rural voice about the aging process, as in the poem “Seventy Years,” which reads in its entirety: “Well, anyhow, I am/ not going to die young.” The poet feels simultaneously saddened and consoled by the perpetual youthfulness of spring’s return: “I sit without working and look out,/ an old man, into the young light.” He has a strong belief that the senior years are a prelude to something greater: “We come/ to the space between ourselves,/ the narrow doorway, and pass through/ into the land of the wholly loved.” Berry seeks a language of love that will comfort the older person because it will endure beyond death.

In the civic arena, Berry also aspires to the essential gift of the Old Testament prophets, “a tongue/ set free from fashionable lies.” The resulting poetry of indictment swings in its tone from almost offhand and casual to strident. He asserts, “I think the issues of ‘identity’ mostly/ are poppycock,” and he does not hesitate to say, “I know a ‘fetus’ is a human child.” In the area of technology, Berry may strike some readers as something of a Luddite, because when he sees a plane violating the still beauty of the sky he says, “Get out of there!” and when the stock market falls he responds “Long live gravity!” When his own poetry gets too weighed down by issues and agendas, it can move into the realm of the prosaic and essayistic.

The one-act verse play, “Sonata at Payne Hollow,” is a puzzling and not particularly strong section of the book. It describes a boatman who docks his boat one evening and tells his teenage fellow boatman about an elderly couple, Harlan and Anna Hubbard, who spent their later years on the shores of the Ohio River. Berry tries to achieve a contemplative stillness but gets sluggishness instead, as the play inches forward with little conflict or dramatic action. The “Sonata” reads much better as a Platonic dialogue than it does as a script.

Berry’s recurring concerns with aging, death, loss and faith come through most powerfully in his “Sabbath Poems,” which constitute nearly two-thirds of the book. Berry has had a longstanding project writing these reflective texts, and in this book he adds 66 poems written between 1998 and 2004. Berry’s Sabbaths brim with wistful wonderings and graced griefs. On the Lord’s Day even the most anguished sense of bereavement seems tinged with a consoling glow, as the poet wonders, “By what blessedness do I weep?” This marvelous question takes us through the entire cycle of Sabbath poems.

Rainer Maria Rilke dramatically concluded his poem “On the Archaic Torso of Apollo” with the line “You must change your life,” implying that the aesthetic claim of a sculpture or a poem may also be a moral claim. Berry writes in this same vein, and readers who appreciate a tie-in between their aesthetic lives and their moral or political lives will find him an amiable companion and an inspiring conversation partner, someone who would be a welcome companion in one’s home for an evening spent in the firm hope that poetry can change our lives for the better.

This article also appeared in print, under the headline “A Celebration,” in the January 16, 2006, issue. 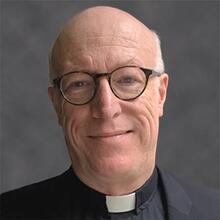