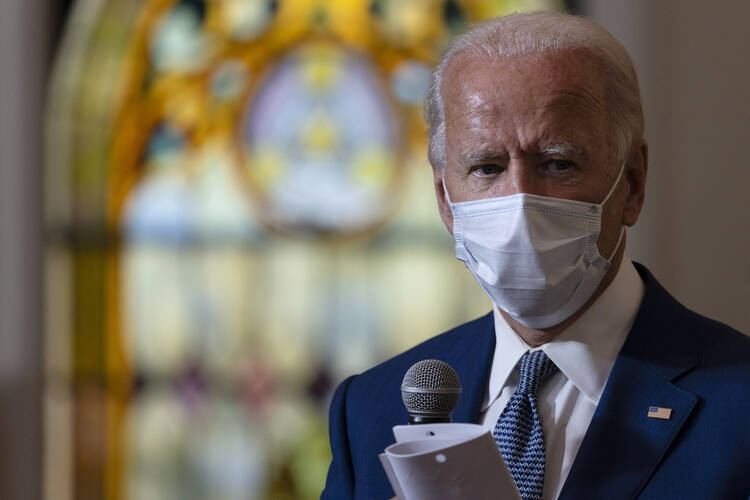 Yes, we know that you’re (probably) already sick of the presidential campaign. The next six weeks are going to be filled with television ads, yard signs, push notifications and Facebook flame wars among friends and family. Yet we know that Catholics have a duty to be in political conversations, so the solution at America is not to tune out but to be more discerning about what to tune in to.

That’s why this week we’re talking with one of the best political reporters in the business: Scott Detrow. Scott covers the presidential campaigns for NPR and co-hosts the NPR politics podcast. We talk to him about how he approaches covering both the Biden and Trump campaigns, how Catholics are influencing this election and what role Joe Biden’s Catholic faith plays in his campaign.

In Signs of the Times, a new poll found that 36 percent of young Catholics say they will attend Mass less often after the pandemic. Zac and Ashley discuss what churches can do to keep young people in the pews. Plus, we bring on America’s editor in chief, Matt Malone, S.J., to talk about the magazine’s unprecedented editorial on President Trump and the 2020 election.

We cannot do this work without your support, whether that’s becoming a member of our Patreon community, leaving a review on Apple podcasts or telling your friends and family about the show.

Cardinal Sarah to bishops: Facilitate Mass in person as soon as conditions permit
New poll: 36 percent of young Catholics say they will attend Mass less often after pandemic
America magazine: Donald Trump is a unique threat to the Constitution
Scott’s first appearance on Jesuitical from 2017

Margaritas, recommended by Scott Detrow: The true drink of 2020 is coffee. But my favorite drink this year—the go-to drink sitting in the backyard processing everything and relaxing—has been a stripped down margarita recipe. 2 oz white tequila, an ounce of simple syrup, and one squeezed lime all shaken up with salt on the rim.