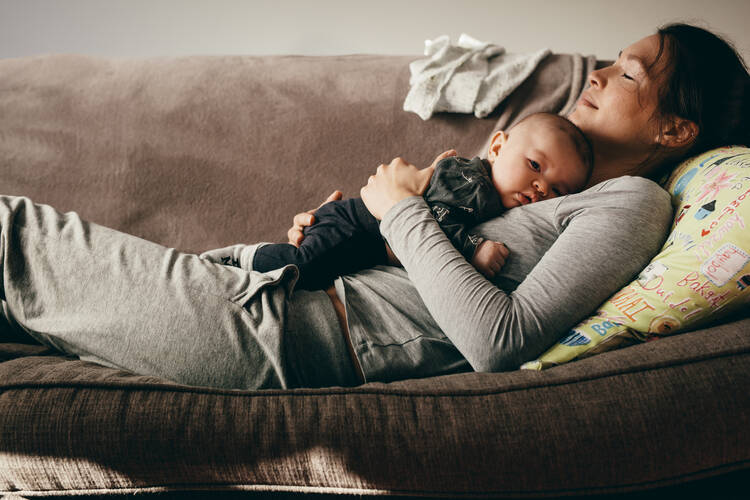 Parenting is punished in this country, and the punishments are multiplied for mothers, who continue to do the lion’s share of caregiving. (iStock/jacoblund)

I do not believe that people should be punished for having an abortion. But I wish we would stop punishing them for having children.

Yes, it is ironic when pro-life activists oppose social programs that can help children thrive. But the pro-choice position can ignore the reality that many women feel pressure not to continue a pregnancy because having a child will deepen their own poverty and that child will face a life of scarcity—leaving not much of a real choice. In fact, 75 percent of the people who have abortions in the United States are poor or low-income, according to the pro-abortion rights Guttmacher Institute.

In a country with a petrified national minimum wage and child care that is neither affordable nor sufficiently available, families are feeling squeezed. Treasury Secretary Janet Yellen has one view of how abortion fits into this: She recently said that abortion access helps women earn more and cited research showing that women who were denied abortions reported more economic hardships than those who obtained abortions. Ms. Yellen did not mention that the same research showed that economic hardship was reduced in states with more generous benefits from Temporary Assistance to Needy Families (TANF), the puny remnant of the federal Aid to Families with Dependent Children program (what was once commonly called “welfare”) in the United States.

I do not believe that people should be punished for having an abortion. But I wish we would stop punishing them for having children.

But the United States trails other wealthy countries on all sorts of support for families with children, including paid parental leave, time off to respond to family emergencies and free college. Parenting is punished in this country, and the punishments are multiplied for mothers, who continue to do the lion’s share of caregiving and are more likely to sacrifice their careers as a result. Families headed by a single mother are in particularly dire straits; they are about five times as likely to be in poverty as families headed by a married couple.

All of this is not an argument for abortion. It is an argument for workplace and societal changes that would make raising a child an option that is compatible with earning a living, regardless of gender.

Those of us in more comfortable circumstances can forget that poverty narrows options. Yes, people who sign predatory loans know they are getting ripped off. But as people who took out such loans told me in interview after interview, no reputable lender is interested in their urgent need for cash. Yes, mothers who put high-fat, high-carb meals on the table know that the family diet is unhealthy. But their budget will not stretch to include lean proteins. For many women, abortion is not the desired outcome to a pregnancy. But raising a child can seem like an overwhelming and unaffordable choice.

For many women, abortion is not the desired outcome to a pregnancy. But raising a child can seem like an overwhelming and unaffordable choice.

Alleviating poverty would not end abortion, but it would reduce the demand for it. For myriad reasons, there will continue to be people who become pregnant and do not wish to give birth. But whether you count yourself as supporting a philosophy of “choice” or “life,” you are not being consistent unless you are also working toward the end of poverty—for as long as mothers are stuck in poverty, they have neither true freedom nor a fully dignified life.

I call especially on people who, like me, are religiously opposed to abortion. Roe v. Wade is about to go down. If that is your definition of winning, then you will have won. Your time has been freed up. Rather than duke it out with abortion rights advocates on the state level, why not collaborate with them? There is no reason the two camps cannot work together toward policies like eliminating state TANF caps (which financially penalize low-income women for giving birth) or abolishing the practice of paying a lower minimum wage to those in the service industry, making them reliant on tips for their livelihood. These reforms will save lives while giving women more options when they have unplanned pregnancies.

Many people who are primarily concentrated on the legality and financing of abortion will not embrace this mission. But there are more of us willing to try than the social media echo chamber would indicate. We can work together toward economic justice, but we have to be willing to honestly speak our truths, even when it means conflict with our political tribes.

Proponents of abortion rights can come uncomfortably close to embracing the idea that child-rearing is a middle-class privilege.

In the current climate, both sides shout in bumper-sticker slogans aimed at the cartoon characters that we have created of our opponents. But the warring camps do have one thing in common, unfortunately: Neither recognizes that fundamental changes to our brutal economic system constitute an essential step toward achieving their stated goals.

I do not want to see anyone die in a back-alley abortion. I also do not want to see anyone worked to death supporting their family on unjust wages or in hazardous conditions. The richest women in this country live about a decade longer than the poorest. For men, the income-related life expectancy disparity is even wider. Unbridled capitalism is, quite literally, killing people.

In our economic system, when you do work for and with people in poverty, you are regularly lectured by friends, relatives and even strangers: “People shouldn’t have children that they can’t afford.” Not everyone saying this means that people in poverty should have abortions; many are instead urging the use of birth control or, better still, “self-control.” (One senses a condescending attitude that implicitly says, “Why not get a second job in all that time you squander having sex?”)

Similarly, proponents of abortion rights can come uncomfortably close to embracing the idea that child-rearing is a middle-class privilege. The leaked Supreme Court opinion that has reignited the debate posits fantastical “changes in society” that have increased women’s power, financially and otherwise, thus making access to abortion unnecessary. Supporters of abortion rights are pushing back that women still face economic and other forms of discrimination and therefore still need abortion. But this implies that it is a grave error for a woman who is not firmly situated in the middle class to bear a child. Abortion is held up as a safeguard against that tragedy, and also a workaround for the far messier and more urgent task of building an economy that is not mired in sexism. Abortion is no substitute for equality.

The right and the left agree that far too many children are born into poverty in the United States. But the problem is not that too many children are being born; the problem is poverty. In the richest society in human history, we could reduce poverty if only we had the political will to do so. Every day, we Americans make a collective choice on economic justice, and every day we choose poorly. 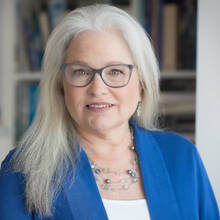