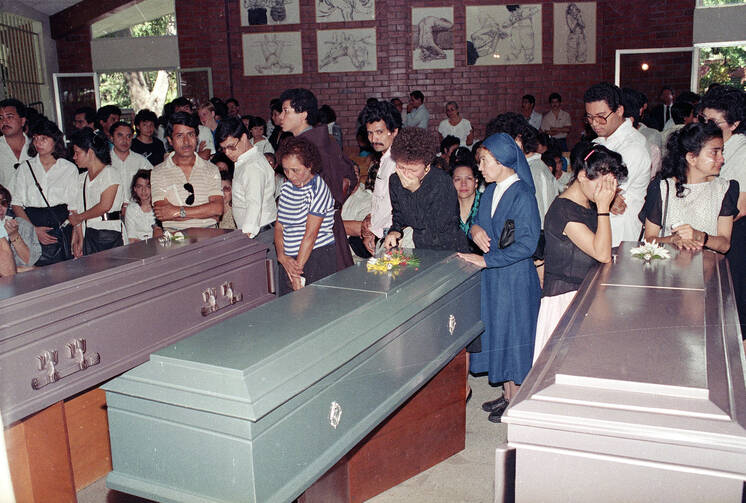 Prosecutors also announced charges against a dozen other people, including former military officers, in the massacre. The list of charges will apparently include murder, terrorism and conspiracy.

Attempts within El Salvador to investigate and prosecute the masterminds of the killings during the country’s civil war had been deflected by legal maneuvers after the high court declared the 1993 amnesty established after the war to be unconstitutional in 2016.

Attorney General Rodolfo Delgado wrote in his Twitter account that his office “is determined to go after those accused of ordering this regrettable and tragic event.”

The former president, who served from 1989 to 1994, has denied any involvement or knowledge of the plan to kill the priests.

On Nov. 16, 1989, an elite commando unit killed the six priests — five Spaniards and one Salvadoran — along with a housekeeper and the housekeeper’s daughter in the priests’ residence. The killers tried to make the massacre appear as though it had been carried out by leftist guerrillas.

Nine members of the military were initially put on trial, but a court absolved seven of them. Two officers served short sentences, but were released in 1993 under the amnesty. After the Supreme Court found the amnesty unconstitutional, a judge ordered one of those officers, Col. Guillermo Benavides, back to prison where he remains.

While the case stalled at home, a Spanish court in 2020 sentenced former Salvadoran Col. Inocente Orlando Montano to 133 years for the priests’ killings. The court called the massacre “state terrorism” carried out by powerful interests, including Cristiani, aimed at “holding onto their positions of privilege within the power structures.”