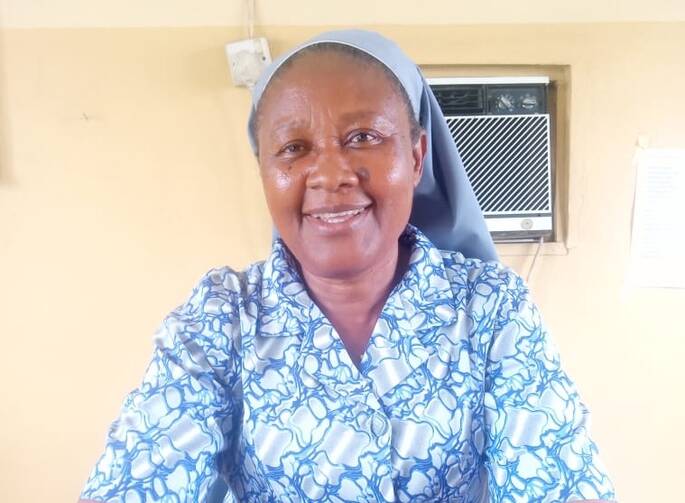 Sister Sylvia Ndubuaku: “We are for women the society has rejected. We receive traumatized women with this illness and we perform free surgeries for them.” Photo by Patrick Egwu.

Each afternoon—after neighbors in her village compound in Uyo, Akwa Ibom State, in Nigeria’s coastal region, had gone out for the day—Imaobong Dickson would sneak out of her home to wash pieces of cloth she wore under her dress. She placed the cloth there to absorb urine that would otherwise drip down her legs.

“Since I don’t have money to buy diapers, I brought out my old clothes and cut them into pieces to wear,” Ms. Dickson says. “I do that hoping it will help reduce the urine leaking down from my bladder.”

The problem began for Ms. Dickson, 36, three days after she lost her second child during a traumatic delivery in July 2019. In the difficult months since then she became more frustrated and depressed when the hospital told her they did not have the resources to treat her condition.

Sister Sylvia Ndubuaku: “We are for women the society has rejected. We receive traumatized women with this illness and we perform free surgeries for them.”

“People always make me cry whenever I go outside,” she said. “At home, too, each time I bring out the wet pieces of clothes to wash, my landlady will start laughing at me.”

In November 2020, one of her neighbors suggested she visit the University of Uyo Teaching Hospital, a government hospital in Uyo, where she was diagnosed with vesicovaginal fistula, or V.V.F.. Doctors asked her to pay 350,000 naira—about $850—for treatment, an amount Ms. Dickson could not afford. On a good day she earns 2,500 naira, about $6, selling bananas, and her husband earns just 1,000 naira, or $2.43, ferrying passengers around Uyo on a motor-powered tricycle that is a common means of conveyance in Nigeria.

Ms. Dickson already knew of one woman from her community who had died after a long, lonely struggle with the problem. Recalling how she had been humiliated by neighbors because of the condition, “What is even the point of living?” she asked herself. “Right there [at the hospital], I just begged my husband to take me home and leave me to die on the bed.”

Obstetric fistula is a hole in a woman’s birth canal, usually between the vagina and rectum or bladder. Depending on its location, the fistula can result in an uncontrollable leakage of urine or of feces—the latter called rectovaginal fistula, or R.V.F. Some women suffer from both.

“The most common cause of an obstetric fistula is obstructed labor that results when the baby can’t be delivered or pass through the birth canal,” said Christopher Aimakhu, a professor of obstetrics and gynecology at University College Hospital, Ibadan, in Nigeria's southwest region. “Fistula is common in areas where women labor for too long and do not have access to [obstetric] care.”

Recalling how she had been humiliated by neighbors because of the condition, “What is even the point of living?” Imaobong Dickson asked herself.

Those prolonged or obstructed labors account for up to 6 percent of all maternal deaths worldwide.

According to the United Nations’ World Health Organization, some 50,000 to 100,000 women worldwide develop obstetric fistula each year, and in Asia and sub-Saharan Africa, over two million young women live with the condition untreated. Besides the pain and other complications, women with this condition also experience social isolation and stigma.

Nigeria’s health services record about 20,000 new cases of fistula each year, about 40 percent of all fistula cases globally. Only 4,000 repair surgeries are done each year in the 12 centers dedicated to fistula care across the country. Because of that low reparative surgery rate an estimated 400,000 to 800,000 women endure the condition in Nigeria without treatment. According to W.H.O, patients with uncomplicated fistula can undergo a simple surgery to repair the hole in their bladder or rectum. Approximately 80 to 95 percent of vaginal fistula can be closed surgically.

Ms. Dickson finally found help for her condition when a nurse that attended to her at the government hospital referred her to the Family Life Center. There the Medical Missionaries of Mary offer free surgery and treatment for women with V.V.F.

Once Ms. Dickson arrived at the center in November last year, she was first examined by medical experts who work with the sisters and then added to the surgical list for the next round of surgery. On Jan. 24, Ms. Dickson had surgery to repair her bladder and vaginal wall. The procedure was successful. The following day, staff directed her to counseling sessions for other women who had been successfully treated. Later they were led to chapel for Mass.

“They took care of us and gave us everything we needed,” she said. “I have never seen anyone render me this kind of help before.”

“We are for women the society has rejected,” said Sister Sylvia Ndubuaku, the matron of the center. “We receive traumatized women with this illness and we perform free surgeries for them.”

Sister Ndubuaku is supported by five other sisters who assist in the daily function of the center, working primarily as midwives in the hospital.

The center was founded in 1990 by Sister Ann Ward, an Irish missionary physician who died in 2016. Sister Ward trained doctors who assisted her in treating hundreds of patients from both northern and southern Nigeria and Cameroon each year. When she retired in 2006, she handed over the work to other sisters who have sustained her vision. More than 1,000 women have benefited from the free surgery program since 2010.

Sister Ndubuaku says that to reach more women who suffer from fistula, the center raises awareness of the services it offers through local radio stations and visits to hospitals and community organizations. The center began engaging “community mobilizers” in 2019. They are trained to locate and reach out to women suffering from fistula in urban neighborhoods and rural villages.

These days, the sisters attend the monthly meetings of traditional birth attendants in the state, where they plead for women coming for childbirth guidance to be referred to the center for proper medical care and attention. They hope to identify and immediately treat possible cases of fistula before the condition worsens because of lack of attention or “home remedies” that can exacerbate the problem.

Child marriages are common in Nigeria, but the custom exposes the child bride to higher risk of maternal death and fistula.

To reduce chances of developing fistula, Mr. Aimakhu said, “Women should be prevented from getting married before 18.”

Child marriages are common in Nigeria, especially in the northeast part of the country where the practice is seen as part of the region’s cultural and religious beliefs. But the custom exposes the child bride to higher risk of maternal death and fistula than older women.

The use of unqualified traditional birth attendants in most communities, especially in the rural areas where there is an absence of adequate and quality medical care, has increased the rate of fistula cases in women who are unable to access professional health care for early detection and treatment. In addition, a study shows that low literacy levels in poor communities exacerbates the situation, as maternal education serves as a protective factor against risks of fistula.

The center initially had only focused on the repair of V.V.F./R.V.F. But by 2013 it had expanded its services to general health care, including prenatal care/delivery, pediatrics and natural family planning for people from vulnerable communities.

The center had been staffed by both government workers and the missionary sisters. But the Nigerian government withdrew its support in 2019, and finding and retaining staff has become a major challenge.

The Family Life Center currently has two resident doctors and two others who are hired each time sessions for repair surgeries are scheduled. But with support from corporate donors like ExxonMobil and N.G.O.s like the United Nations Population Fund, Fistula Foundation and the U.K.-based Gay and Talbot, the center continues to offer free repair surgeries to women with V.V.F.

Since her corrective surgery, Ms. Dickson no longer hides from people in her neighborhood but moves freely about without having to use pieces of old clothing to deal with V.V.F.

“This hospital has removed shame from me,” she said, visiting the center one afternoon with her 7-year-old daughter. “What I do these days when I visit my community is to tell people to refer any woman with this illness to Family Life Center for free treatment.” 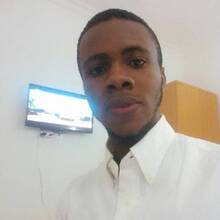