The president of Ireland won’t attend a service marking 100 years of partition. Why not? 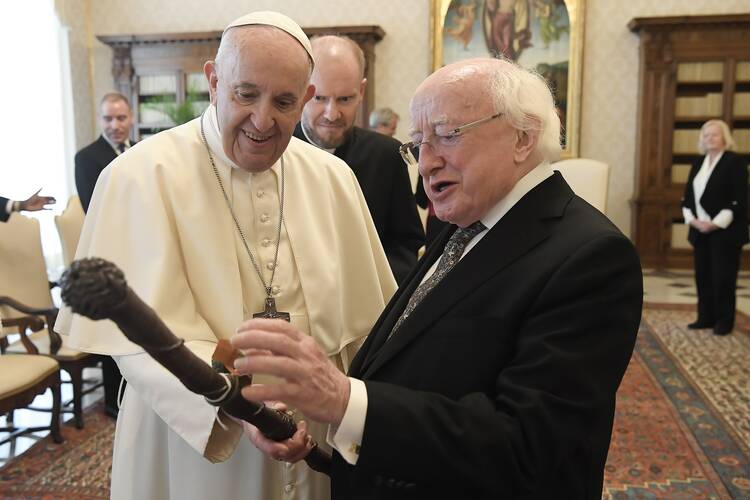 In March, the leaders of the four main Christian churches in Ireland—Catholic and Protestant—announced that they intended to use the 100th anniversary of the signing of the Anglo-Irish Treaty, which separated six counties of the province of Ulster into the State of Northern Ireland, a partition that continues to this day, as “an opportunity to affirm our common commitment to peace, healing and reconciliation.”

Representatives from across the cultural, political and religious spectrum in Northern Ireland, the Republic of Ireland and the United Kingdom have been invited to this worship service scheduled for Oct. 21. It is anticipated that Queen Elizabeth II will be in attendance.

So why has the president of Ireland, Michael D. Higgins, turned down his invitation?

To outsiders, skipping a ceremonial occasion might appear to be the kind of decision that a dignitary must make many times a week. But President Higgins’ decision set off a remarkable flurry of controversy.

Mr. Higgins explained that the title of the event—“A Service of Reflection and Hope to mark the centenaries of the partition of Ireland and the formation of Northern Ireland”—“isn’t a neutral statement politically.”

“What began as a religious service or reconciliation is now the celebrating—the marking, I think is the word used—[of] the partition of Ireland and the creation of Northern Ireland,” he said, noting that is “a different thing.”

The president also suggested that he had been addressed incorrectly in his invitation, as the President of the Republic of Ireland, but when the invitation was leaked, it was formally correct, addressing him as the “President of Ireland.”

To outsiders, skipping a ceremonial occasion might appear to be the kind of decision that a dignitary must make many times a week. But Mr. Higgins’ decision set off a remarkable flurry of controversy. John Bruton, the former Taoiseach (prime minister of Ireland), initially made the charge—later retracted—that the president had violated his constitutional obligations.

Sinn Féin, the largest nationalist party in the Republic of Ireland—and thus theoretically the electoral opponents of the president—jumped in to support him, while the Alliance Party, the political party in Northern Ireland closest to him politically, pleaded with him to reconsider.

Four out of five people in the Republic of Ireland supported his decision in a recent poll, but Unionists in Northern Ireland, who support retaining membership in the United Kingdom, declared it a devastating blow to cross-border relations, a signal to the Unionist community “that the presidential office does not respect Northern Ireland as an entity.”

What is at stake

Mr. Higgins told his critics that he had raised long-held concerns about the event before the controversy became public, yet Irish church leaders remain adamant that those concerns did not reach them.

“What began as a religious service or reconciliation is now the celebrating—the marking—[of] the partition of Ireland and the creation of Northern Ireland,” President Higgins said, noting that is “a different thing.”

The diplomatic protocol around such state invitations appears to have been followed carefully, but the Irish public remains in the dark about where the lines of communication became tangled. While church leaders did officially address the controversy, they lamented the “polarized public commentary” around the event.

Events meant to commemorate the partition of Ireland are bound to be problematic politically. The president’s concerns seem focused on the discrepancy between his title, which spans the geographic entirety of the island, and his functional role, which is limited to the 26 counties of the nation state known as the Republic of Ireland. Ireland’s historical partition represents, in this reading, a tragic truncation of the hopes of Ireland’s independence movement.

But since the Belfast Agreement in 1998, there has been no doubt that the Republic of Ireland as a nation recognizes the legitimacy of Northern Ireland. And for many in the North, especially the growing number who are not convinced by the binary opposition of “Nationalist” or “Unionist,” the rejection of the invitation and the reasons Mr. Higgins offered represent an unfortunately narrow interpretation of reconciliation, of national identity and of the potential role of the president of Ireland as a bridge-builder between divergent communities.

If Mr. Higgins is indeed the president of all Ireland, then he is also president for the communities on the island that have a more vexed relationship with the dream of a unified Ireland. Following that logic, he should attend the service.

This controversy is misunderstood if it is read as merely a dispute about scheduling or a stage in the transition of Irish society away from a model where the churches and the state were tightly aligned. Rather, the incident exposes real gulfs in understanding that persist between different communities on the island. When an event organized with such good intentions yields such acrimony, it is easy to despair for the long-term project of peace in Northern Ireland.

Brian Lennon, a Jesuit priest in Armagh who works with prisoners and on peace issues, sympathized with Mr. Higgins’s predicament. “The dilemma he has faced is typical for those trying to make progress in conflict situations where both sides make strong arguments,” he said.

If Mr. Higgins is indeed the president of all Ireland, then he is also president for the communities on the island that have a more vexed relationship with the dream of a unified Ireland.

But he feels that an opportunity was missed to subvert the settled narratives treasured by both sides. It was a chance to speak about “repentance in real terms—the foundational sins of the Northern Irish state and to extend that to the Republic and even more to the United Kingdom.”

Remembering the past, creating a future

While the discord has exposed deep differences in perspective across Ireland, efforts continue in the North to draw notionally clashing communities together, often organized by or with the churches. Could they represent a better way to “mark” the centenary of a deeply problematic moment in Irish history?

Dympna Mallon is a theologian who was instrumental in establishing the A.C.R.E. Project, an initiative in the Armagh diocese to enact the principles of “Laudato Si’.” A.C.R.E. works primarily in the disadvantaged council estates, Northern Ireland’s public housing, that have seen little economic or social benefit from the peace process.

She found that projects centering on environmental care represent “quite literally, common ground.” Religious and political divides do not disappear, but they are relativized by a communal endeavor to care for the ground Unionists and Nationalists share in common. Whether planting pocket forests, building communal gardens or establishing a co-operative supermarket, “the very nature of the projects A.C.R.E. undertakes involves getting down on your hands and knees, getting your hands dirty, and growing something.”

This is the reconciliation work “that matters, that has a lasting impact; it’s the stuff that happens on the ground with ordinary people where the shift really occurs,” said Ms. Mallon.

She is troubled by the idea of marking partition because she feels that for many decades after its founding the Northern Irish state was “nothing but a source of oppression” for Nationalist communities. And she is concerned that the mundane peacemaking of local community-led projects are overlooked while “the top of the pyramid enjoys a media moment.”

Tony Davidson has been involved in cross-community work for almost 30 years as the minister of First Presbyterian Church in Armagh. He oversees his denomination’s “Peace and Reconciliation” work.

Projects centering on environmental care represent “quite literally, common ground.” Religious and political divides do not disappear, but they are relativized by a communal endeavor.

As the controversy around the Armagh service erupted, the Presbyterian Church in Ireland hosted a commemorative event, “On These Steps,” that attracted little publicity but brought together academics, artists, church leaders, the Irish Minister for Foreign Affairs, the British Northern Irish Secretary and the First and Deputy First Minister of the Belfast parliament to reflect on the tortured legacy of partition. Live-streamed, “On These Steps” was designed to be interactive, to spark conversation, to be more than a symbolic gesture. This was especially significant because the venue for this event—the Union Theological College—had been the site of the first meeting of the Northern Irish parliament.

“The principle we worked from,” said Mr. Davidson, “is that all remembering has to be done together; it can’t be done apart.”

While Mr. Higgins was the focus of conflict back home, in Rome he was welcomed to a private audience on Sept. 17 at the Vatican, where Pope Francis described him as a “wise man of today,” adding, “I thank God that Ireland has such a wise man as its head.”

Whether or not he intended it, the president’s position has paradoxically revealed that underneath the lasting and complex tensions, real progress has been made on building peace in Northern Ireland. Father Lennon notes that it is “a sign of vastly improved relations” that an Irish president declining to attend an event in the North has managed to hurt the feelings of Unionists and the even more hard-core Loyalists.

Building on that obscure expression of reconciliation will surely require more support of grassroots initiatives, more events where leaders are pressed to do more than symbolically engage with the past, and perhaps, even more, an appearance by that “wise man” who is president of the whole island. 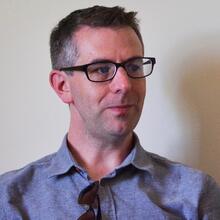