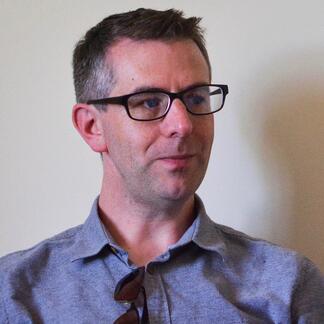 Kevin Hargaden
Kevin Hargaden is a theologian with the Jesuit Centre for Faith and Justice in Dublin, Ireland. His is the author of Theological Ethics in a Neoliberal Age, published by Wipf and Stock.
@kevinhargaden
Articles by Kevin Hargaden 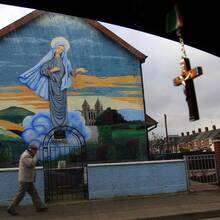 Politics & SocietyDispatches
Catholics now outnumber Protestants in Northern Ireland. Is Irish unification on the horizon?
Kevin HargadenOctober 03, 2022
Just below those top-line figures on religious affiliation, significant changes in national identity also become clear—29 percent of the Northern Irish population now see themselves exclusively as Irish. This is just three points behind the 32 percent who consider themselves British. 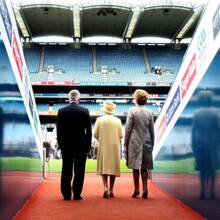 Politics & SocietyNews Analysis
Irish Republicans praising the queen was once unthinkable. Elizabeth II changed that.
Kevin HargadenSeptember 16, 2022
The tributes and gestures from the leaders of Irish political parties long established in the European mainstream came as no surprise. What came as something of a shock—especially to some of their supporters—were statements issued by the leaders of Sinn Féin, the party most associated with the Irish Republican Army. 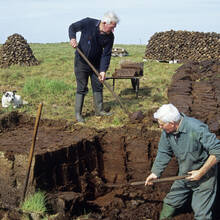 Politics & SocietyDispatches
Turf is one of the worst polluting fossil fuels. The Irish turf-burning industry could learn something from Pope Francis
Kevin HargadenMay 04, 2022
Destroying bogland is the Irish equivalent of burning the Amazon. 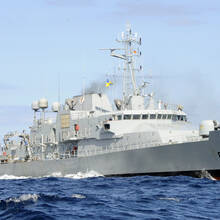 Politics & SocietyDispatches
After Russian ships menaced off its shores, Ireland wonders if it should beef up its military spending
Kevin HargadenFebruary 22, 2022
Few expected that the waters off Ireland’s southwestern coast would become a potential front in a confrontation with the Russian Federation. But that is exactly what happened at the end of January. 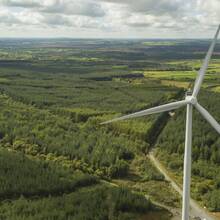 Politics & SocietyDispatches
It’s not easy being green: Ireland is failing to respond to the climate crisis
Kevin HargadenJanuary 13, 2022
Movies set in Ireland rarely omit the trope of the aerial shot of rolling green fields. After all, it is the Emerald Isle. Or is it? 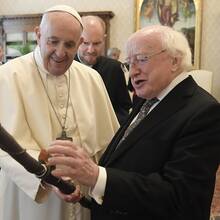 Politics & SocietyDispatches
The president of Ireland won’t attend a service marking 100 years of partition. Why not?
Kevin HargadenOctober 18, 2021
Even Queen Elizabeth II is expected to attend this week’s ecumenical “Service of Reflection and Hope.” So why has the president of Ireland, Michael D. Higgins, turned down his invitation? 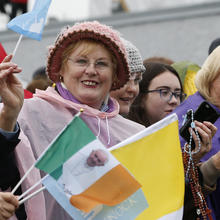 FaithShort Take
All Christians should welcome the end of Ireland’s ban on blasphemy
Kevin HargadenOctober 31, 2018
Before the vote, the Irish bishops called the law against blasphemy “largely obsolete,” and its demise makes for a more constructive social arrangement than Catholic hegemony.