Lessons out of Afghanistan: Democracy cannot be exported by force—no matter what the ‘experts’ say. 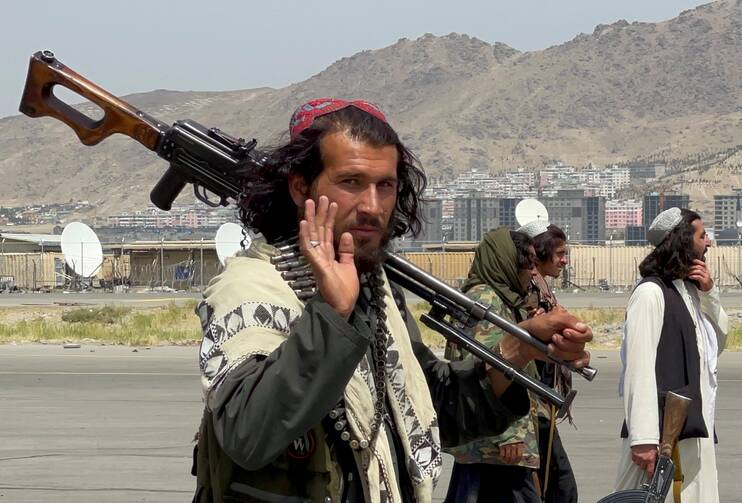 Any exit was bound to be fraught; and second-guessing mortal, real-time decision making is an arrogant, infuriating exercise. That does not reduce our responsibility to assess the Biden administration’s missteps during the U.S. withdrawal from Afghanistan and the chaotic effort to rescue civilians that it propelled.

It would be a huge mistake, however, to limit a period of national introspection on Afghanistan, as many political leaders seem keen to do, to that last chapter of this costly misadventure. The United States spent nearly 20 years failing to achieve most of its aims in Afghanistan. The most pressing question now is not how the United States could have better managed the retreat in these last months—as if a more competently administered defeat could excuse the strategic failures that produced it—but rather how could the United States have admitted earlier that there was ultimately no way to win. Here are a few lessons to carry forward.

Democracy cannot be exported by force. In retrospect, the effort to impose political and social modernity on Afghanistan, a campaign of wishful thinking that disregarded that country’s historical and cultural complexity, can only be described as the worst kind of nationalistic hubris. Americans have shown themselves too ambivalent and too naïve about empire to be any good at keeping one together, and a thwarted attempt at mob rule on Jan. 6, plus the ongoing possibility of domestic political violence, suggest that the United States is presently in no credible position to play the global paragon of democracy.

The United States must not “lead” with military might alone. With no more boots on the ground in Afghanistan—and diminishing numbers in other global hotspots—the Biden administration must develop new soft-power skills and flex old diplomatic muscles. In the short term, that will necessitate rebuilding those capacities at the State Department, which were profoundly diminished during the Trump administration.

For far too long and at too great a cost, the United States has sought to impose its will and protect its interests primarily through its military capacity.

For far too long and at too great a cost, the United States has sought to impose its will and protect its interests primarily through its military capacity. But all that power has proved to be a poor match for the remote and asymmetrical security threats and geopolitical challenges of our times.

Stumbling into complex geopolitical realities with guns drawn has led to too many ruinous outcomes over the course of U.S. history. Taking a respite from a historic dependence on military power can only be to the good in this conflict-happy world. Of course, becoming a soft-power “influencer” in Afghanistan creates new perils for U.S. policy makers. A primary concern is that any program of economic sanctions intended to undermine or redirect the Taliban government will strike instead the Afghan people, who have suffered far too much already.

The last days in Kabul also suggest a new militarist temptation to be wary of: settling for a clinical, “over the horizon” war to replace the lethal capability lost by the U.S. withdrawal. Drone and fighter strikes are described as a precise, low-cost method of projecting U.S. power, but they are of dubious legal and moral legitimacy, and they have frequently produced collateral damage that provokes new cycles of enmity and violence.

Scrutinize the “experts.” Americans must reconsider how an active, engaged citizenry can better manage a self-appointed analyst class whose baseless optimism conjured into being this unhappy exercise in nation-building. Revelations from the leak of the Afghanistan Papers in December 2019 suggest the analysts and experts were abetted by those at the highest levels in the intelligence community and military and political leadership, who frequently hid from the public their harshest and most accurate assessments of “progress.”

Groupthink, supported by corporate profit or think-tank subsidies, was rewarded, and criticism of the project turned aside. The analyst class was incentivized to create a narrative of nation-building that was doomed to unravel as soon as a real end date in Afghanistan emerged.

Yet it must be remembered that the U.S. public, perhaps lulled by the myth of invincible American power and righteousness, allowed this catastrophe to unfold as it did. After two decades of war in a fractious, far-off place, only a tiny number of U.S. families, those with loved ones in harm’s way, were still paying attention, a complacency that is inexcusable and must be rejected. Those who served the people of the United States in Afghanistan deserve that reckoning.

If the United States remains in dialogue with its former adversaries, the Taliban, it can still do some good in Afghanistan.

So what now? What does the United States and its political and military establishment owe the people left behind—the collateral damage of this vast policy failure, especially Afghan women, who have been misled for 20 years about U.S. willingness to remain local enforcers of their human rights? At a minimum, perhaps the hope of a safe passage out.

If the United States remains in dialogue with its former adversaries, the Taliban, it can still do some good in Afghanistan. Ongoing negotiations with Taliban leaders should be aimed at securing the evacuation of the hundreds of U.S. citizens or legal residents who were unable to reach Hamid Karzai Airport during the last tumultuous days of the U.S. presence in Afghanistan. Those who worked with the U.S. military and government or international agencies, as well as former members of the Afghan government or military and their families, similarly deserve the best U.S. efforts to secure safe passage out.

While the world rightly recoils from the Taliban’s systematic misogyny, there is some reason to hope that the worst excesses exhibited during the last Taliban rule can be mitigated. Regardless, Afghan women deserve whatever protection from gender-based violence the international community can muster.

The United States and other Western powers still have substantial leverage over the coalescing Taliban government. The International Monetary Fund has blocked access to $440 million in emergency monetary reserves, and most of the Afghan central bank’s $10 billion in assets are held outside Kabul. More than $7 billion is warehoused (and currently frozen) in the United States.

Sooner or later the new government will want overseas capital to begin reviving the economy and rebuilding Afghanistan after decades of conflict. The release of those reserves and assets can be predicated on the Taliban’s street-level performance on human rights and its efforts to quash any terrorist threat emerging inside Afghanistan’s borders.

Ultimately, like the rogues’ gallery of nations who would be kings in Afghanistan before it, the United States will be tempted to wash its hands of the calamity it has created. That must be resisted. America must find a different, peaceful and productive way to “stay” in Afghanistan, without drones and without troops, but with a resolve to put right what it still can.