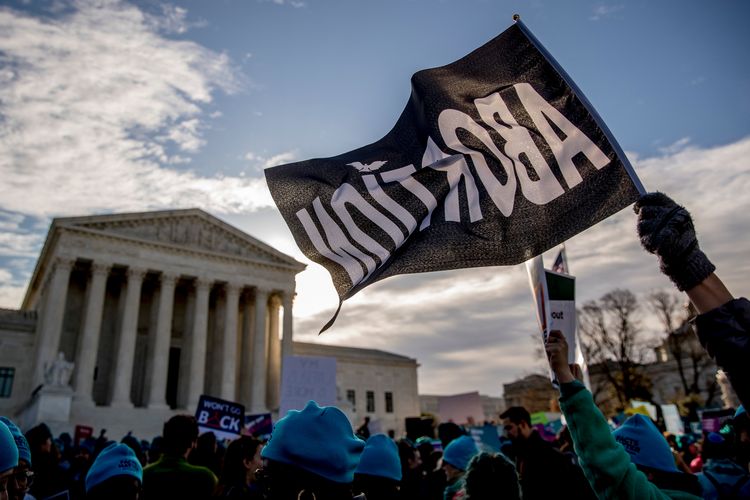 (RNS) — Last week, the Supreme Court agreed to take up the most important challenge to a U.S. abortion law in nearly three decades. Under scrutiny is Mississippi’s statute protecting most prenatal children beyond 15 weeks of gestation. If Roe v. Wade is still the controlling precedent, Mississippi's law will likely be found unconstitutional, as the majority opinion in Roe stated that all abortion limits prior to viability violate a woman’s right to privacy.

Some argue that if the court “guts” Roe by upholding the Mississippi law it will hurt the prospects of politicians who support prenatal justice, since 7 in 10 Americans support Roe, according to consistent polling.

But what those who were polled mean when they say they support Roe is far from clear. How many Americans know that, in banning abortion beyond viability, Roe allows abortions up to about 21 to 22 weeks of gestation? My guess is not many, considering that about 7 in 10 Americans also support banning abortion after 12 weeks of gestation. Some polling even suggests that a majority supports protecting prenatal children after six weeks.

Many also don’t know that Planned Parenthood v. Casey has superseded Roe in important respects, including largely ditching Roe's first trimester limit. While Casey affirmed a woman's right to an abortion, it superseded Roe’s legal reasoning. Medical advances have also made Roe obsolete. Artificial placentas, now on the way, could push the viability of prenatal human children to seven or eight weeks, by which time many women don't know they are pregnant.

Roe is considered a sane compromise by many Americans who want to protect women, without realizing that compared to the rest of the world, it's rather extreme. The U.S. is one of only seven countries that allows elective abortions after 20 weeks.

In a global context, then, and in terms of their own views, Mississippi’s 15-week limit may be a popular adjustment, and as much as 70% of Americans (led by women and people of color ) arguably already support it.

The political challenge will come, however, if the court mandates or permits protection of children even earlier in pregnancy. This is where critics may have a point about political consequences for pro-life politicians — there is likely to be serious backlash if the threshold ends up under 12 weeks and certainly if it is under six weeks.

Roe is considered a sane compromise by many Americans who want to protect women, without realizing that compared to the rest of the world, it's rather extreme.

But I join Carter Snead, director of the University of Notre Dame’s DeNicola Center for Ethics and Culture, in his call to courage in standing clearly and firmly for prenatal justice regardless of the political consequences.

The legal and moral principle boldly emblazoned high above the front entrance to the Supreme Court is “Equal Justice Under Law.” If we really mean what we say about prenatal justice, then pro-lifers should be prepared to pay a short-term political price to defend this marginalized population.

The sound of my son Thaddeus’ heartbeat, well before 15 weeks' gestation, is now tattooed on my brain. Was he any less deserving of equal justice under law because of public polling results? Absolutely not. All children — all human beings — deserve equal treatment regardless of how old they are. Period.

But if we are to move beyond a Roe mindset, we also need to adjust how we think about other aspects of the issue. Another one of my frustrations with the abortion debate is that far too often we either talk about the mother without reference to her baby or we speak about the baby without reference to her mother. Pregnancy is a unique relationship between two human beings, both of whom must be clearly acknowledged as full members of our moral and legal communities.

If we really mean what we say about prenatal justice, then pro-lifers should be prepared to pay a short-term political price to defend this marginalized population.

No serious person talking about prenatal justice under law is talking about criminalizing women — many of whom are abortion’s second victims, especially given the amount of physical and structural coercion typically involved. Physicians who perform illegal acts should face the mandated legal consequences, just as Kermit Gosnell sits in prison right now serving three consecutive life terms for grossly illegal behavior in his Philadelphia abortion practice.

Instead of pitting vulnerable populations against one another, we should seek a new framework for how we conceive of their roles. Pro-life feminists are at pains to show that our abortion policy is being driven by a patriarchal culture that considers the unpregnant body as normative, based on the utterly false narrative that women need the violence of abortion to be the equals of men.

New Wave Feminists point out that abortion is actually a symptom of women’s oppression, not a solution to it. Indeed, they boldly and rightly claim that marginalizing prenatal children merely redistributes oppression to another vulnerable population.

Yes, pro-life politicians (and the pro-life movement in general) will likely face some short-term political blowback if we are successful in pursuing equal justice under law for all human beings: from fertilization until natural death.

But, perhaps we could learn from those Catholics who worked to pass Affordable Health Care because of their belief in the church's teaching on the relationship of justice and the right to health care. They knew it would be unpopular (Democrats paid a huge price in the 2010 midterms after passing it in 2009), but they went for it anyway. The issues of justice at stake were just too important to do anything else.

This law, however, became a teacher of the culture. Though originally deeply unpopular, the Affordable Care Act now polls at 55% approval, an all-time high.

We must pursue prenatal justice confident in the hope that human beings can and will similarly be taught by laws that defend the most vulnerable human beings imaginable, even (and perhaps especially) when their dignity is inconvenient for a patriarchal culture to acknowledge.

Charles C. Camosy
Show Comments ()
Join the conversation: Login or create an account
Before you can comment, you need to update your profile to include your first and last name, as required in our comments policy. Then reload this page and you'll be set up for commenting. Update your profile