Purity culture, racism and the violence against Asian women in Atlanta 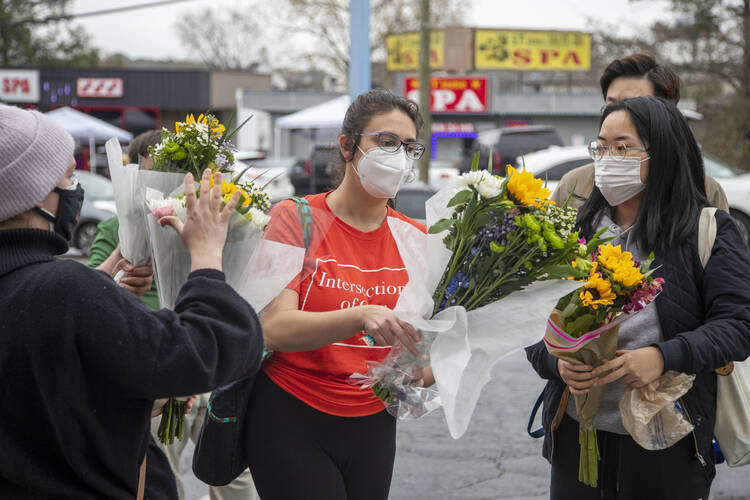 Roula AbiSamra, center, and Chelsey, right, prepare to lay flowers bouquets at a makeshift memorial outside of the Gold Spa in Atlanta, one of the sites of a shooting spree that killed eight people in the Atlanta area this Tuesday. (Alyssa Pointer/Atlant

After an unprecedented rise in reported anti-Asian hate crimes during the coronavirus pandemic, including many attacks on elderly Asian-Americans, the news of a shooting spree that killed eight people in the Atlanta area this Tuesday—six of them Asian women—was infuriating and exhausting. “How long, O Lord?” I ask, echoing the lament of the psalmist and the cry of many others in the Asian-American community.

The media were quick to look for reasons behind the shootings that mostly targeted Asian women.

“These Asian women and their massage parlors were a ‘temptation for him that he wanted to eliminate,’” said a Cherokee County sheriff, referring to the statement made by the suspected shooter, Robert Aaron Long, while in police custody. News reports included descriptions of Mr. Long, one of them from a former roommate, as a devout Christian raised in the Southern Baptist Church who struggles with sexual addiction.

Temptation. A familiar word for anyone raised in the Christian tradition. “Lead us not into temptation,” we are taught to pray. But this week the bodies of Asian women were reduced to just that: a temptation, something to be eliminated for the sake of preserving white male innocence.

The bodies of Asian women were reduced to just that: a temptation, something to be eliminated for the sake of preserving white male innocence.

As we mourn the deaths of these eight individuals, we must resist our own temptation to see Mr. Long’s sexual addiction as an excuse that we can use to erase the racially motivated nature of the shootings. The killing of women who are seen as mere “temptations” demands our internal reflection on the American Christian culture(s) around sexuality, sin and temptation.

What we saw this week is a direct and inevitable result of the harmful theologies of American Christian purity culture. It is the same purity culture that enabled my evangelical Christian high school principal 10 years ago to tell me, a 14-year-old Chinese-born girl, to change out of my short dress to avoid tempting my male classmates and teachers. This same purity culture is what enables our society to blame women for being victims of sexual violence, asking them why they were are out alone at night and effectively excusing the behavior of their aggressors.

Purity culture blames women for their experiences of unwanted sexual attention and perpetuates hypersexualized stereotypes of women of color.

The seeds of this harmful ideology were long ago planted in the Catholic Church, as when St. Augustine, in his Confessions, cast blame on the women in his life for causing him to fall into sexual sin, or when 11-year-old Maria Goretti was canonized for her devotion to chastity when it is the violence of sexual assault—and not the virtues of female virginity—that ought to lie atthe center of her legacy.

This purity culture that blames women for their experiences of unwanted sexual attention, when combined with structural racism, perpetuates hypersexualized stereotypes of women of color within our popular imagination. The Jezebel stereotype, rooted in an American misreading of the biblical character of Jezebel, portrays Black women as innately promiscuous. As Patricia Hill Collins detailed in her book Black Feminist Thought, the Jezebel stereotype has even been used as a legal defense for white men who have assaulted Black women.

Similarly, the hypersexualized Latina stereotype permeates U.S. film and media, while Asian women are represented as sexually submissive and exotic objects of desire. When the reductive “China doll” stereotype of Asian women is mixed with ideologies that already relegate women as the source of blame for men’s desire, the violence in Atlanta is its tragically foreseeable result.

For us as a country and a church, memorializing the lives of these six Asian women means reckoning with the harmful, and even deadly, theologies of sexual shame and objectification that permeate our Christian moral imagination. It means refusing to allow women to be blamed as “stumbling blocks” for male sexual sin.

And deliver us from evil. 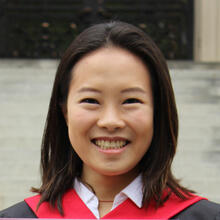