What the Irish Potato Famine and Covid-19 have in common: an unnecessarily high death toll 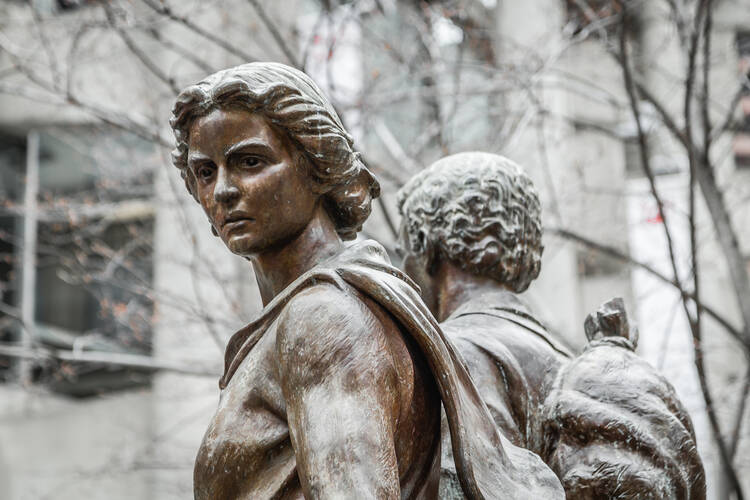 Detail of the Irish Famine Memorial in Boston. (iStock/mtraveler)

By all accounts, my ancestors shouldn’t have survived.

Their situation was dire. In a small island nation of little importance to the rest of the world, a million people starved to death. Entire villages were abandoned. Families disappeared. But the Garvins—Ó Gairbhín in their native Irish—managed to beat the odds, fleeing Ireland to North America and settling in Pennsylvania. There they thrived. One of my Garvin ancestors even became mayor of a town near Scranton.

It is a familiar story to Irish Americans. Our narratives—of exile and migration and eventual, improbable success—shape the cultural fabric of the diaspora, and they remind us that new infusions of immigrants enrich our communities. We celebrate this legacy during Irish-American Heritage Month, taking pride that four U.S. presidents are descended from famine migrants.

But in Ireland, the Great Famine is framed much differently. The Irish do not talk about the flowering of Irish culture on six continents. Instead, they describe an ethnic cleansing that depleted a country of its native people. They gesture to the mass graves that dot the countryside—reminders that for many, the famine ended not in escape but agonizing death.

The man in charge of famine relief for Ireland wrote that “God sent the calamity to teach the Irish a lesson [and] that calamity must not be too much mitigated.”

Today, many historians agree that the famine was a natural disaster, not a deliberate act of genocide on the part of the British—but it was a disaster made worse by Britain’s anti-Irish policies. As England’s first colony, Ireland bore the brunt of exploitation and neglect. The legacy of harsh penal laws left the Catholic Irish few options but to work as tenant farmers for the Protestant Anglo-Irish gentry. Without access to food produced elsewhere, they subsisted on nutrient-rich potatoes—until, all at once, this crop failed.

Many deaths were preventable. According to the Irish historian Cormac Ó Gráda, Ireland continued to produce foodstuffs that could have saved lives. While a fungus destroyed potatoes, the famine’s real culprit was economic ideology: a devotion to laissez-faire capitalism. Believing the market possessed an innate logic, British politicians saw the famine’s economic consequences as a natural correction. Whatever food Ireland produced went overseas to generate a profit. The market demanded it.

The lessons for us are manifold. External market factors undoubtedly restrained England’s relief efforts, but English politicians also dehumanized the Irish to justify the death toll. The government’s man in charge of famine relief for Ireland, Charles Trevelyan, wrote that “God sent the calamity to teach the Irish a lesson [and] that calamity must not be too much mitigated.”

Like the 19th-century British Empire, the U.S. government could have prevented deaths by acting more compassionately.

For the Irish, the famine remains a searing cultural memory. For the rest of us, it should be a reminder of what happens when we use economic ideology to insulate ourselves from those who struggle just to remain alive.

Like Ireland’s tragedy, Covid-19 is a natural disaster that did not need to be as devastating as it has been. More than 500,000 Americans have died. We are halfway to the death toll of the Great Famine. And like the 19th-century British Empire, the U.S. government could have prevented deaths by acting more compassionately.

Early in the pandemic, the Trump administration adopted a “free market” approach to the distribution of lifesaving supplies. Rather than activating the Defense Protection Act immediately to compel production of personal protective equipment including masks and gloves, Mr. Trump told governors to “try getting it yourselves.” What ensued were bidding wars for medical supplies, with states competing with each other—and the federal government.

“‘Let the market work its magic’—that was the guiding philosophy for [former Health Secretary Alex] Azar and Trump,” says the filmmaker Alex Gibney in the documentary “Totally Under Control.” This “market magic” likely cost health care workers their lives.

Other comparisons abound. As with the British, some U.S. officials blamed victims for their misfortune.

For example, Mr. Azar tried to explain the high infection rates among Black Americans by saying they already had “significant underlying disease.” He was technically correct—at-risk and minority communities are more susceptible to coronavirus—but he ignored why: They lack access to adequate health care and nutrition. Even before the pandemic, 35 million Americans were food-insecure—a problem that damages one’s health, leading to problems like diabetes and hypertension. And food insecurity is growing worse. The hunger relief organization Feeding America estimates that, due to the pandemic’s economic fallout, 50 million Americans may now be food-insecure. Lines for food banks now stretch for miles.

Requiring people to prove they are worthy of basic sustenance is symptomatic of our culture’s obsession with self-reliance.

Hunger is not a problem that began with the Trump administration, and it will not disappear even with enactment of the latest Covid relief legislation, recently signed into law by President Biden. Ideological debates about how to solve this basic social problem have raged for decades, with lawmakers from both major political parties working to dismantle Great Society programs by maligning the poor. For example, food stamps comprise a miniscule portion of the federal budget and amount to a paltry $127 per month for an average recipient (forcing many beneficiaries to also seek out food banks to supplement their needs). But lawmakers routinely make this modest benefit a wedge issue, even during the pandemic. In policies reminiscent of the infamous 19th-century workhouse system (and the harsh demands the English placed on the Irish seeking food) the United States and local governments require people to work in order to receive food stamps—a rule that theoretically makes sense but assumes that poverty and unemployment are the results of personal choice, not systemic problems.

Requiring people to prove they are worthy of basic sustenance is symptomatic of our culture’s obsession with self-reliance—a myth belied by the zero-sum nature of “bidding wars” and undermined by our standing as the nation with the highest income inequality in the developed world.

In a country as wealthy as the United States, there is no reason anyone should go hungry. But even as coronavirus shows us that misfortune can happen to anyone, we cling to the cruel logic that those who are poor deserve to be.

This year, St. Patrick’s Day celebrations will be curbed to prevent additional Covid infections. To honor the day, Americans can do something else: Imitate the actions of the Irish—and the Choctaw.

Last year, Ireland sent pandemic aid to Native Americans, citing the generosity of the Choctaw Nation, who, in 1847, donated to famine victims. Having lost everything in the Trail of Tears—their families, their land, their right to exist—the Choctaw empathized with this downtrodden people across the ocean. What little they had, they sent to Ireland—$170, the current-day equivalent of $5,000. The Irish never forgot this gesture.

Today, a partnership between the two nations flourishes, each understanding what should be intuitive to all: that human rights should not hinge on ideology. That is the legacy of the Irish Famine that the diaspora should take to heart. 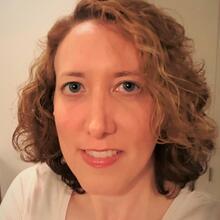 Kristina Garvin is a writer and researcher in Philadelphia. She has taught at Saint Joseph’s University and Ohio State University, and has received fellowships from the American Antiquarian Society, the Massachusetts Historical Society, the McNeil Center for Early American Studies and the University of Virginia.