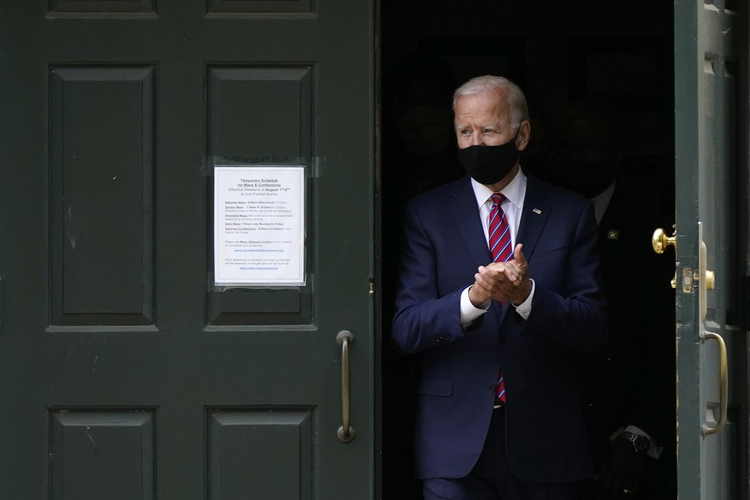 I am excited by the prospects of a Biden presidency for many reasons. One reason is that his Catholic faith, much like President Kennedy’s, will embolden him to ask for more from Americans. Catholic Democrats and most Americans applaud Mr. Biden’s call to “restore the soul of America.” We need now to put aside divisiveness and embrace a quest for the common good.

When Joseph R. Biden Jr. places his hand on his 1893 family Bible with a Celtic cross on its cover to recite the presidential oath, he inherits a “house divided against itself.” We cannot defeat the deadly coronavirus, rebuild our economy, achieve social justice and repair our planet without choosing people over politics. Razor-thin Democratic majorities in both the House and the Senate will require Washington’s elected officials to put aside partisan differences to pass even simple legislation.

His Catholic faith, much like President Kennedy’s, will embolden him to ask for more from Americans.

I serve as the vice chair of the bipartisan House Problem Solvers Caucus. We have already been working to build similar bipartisan relations in the Senate. The recent compromise Covid relief bill was a direct result of our efforts. Joe Biden knows this, and he brings to the White House 40 years of friendship, familiarity and fellowship on the Hill.

To accomplish his goals, President Biden will have to work with Democrats across a wide ideological spectrum and also seek common ground with Republicans. His relationship with God as a Catholic will help him. Educated by women religious, he attends church regularly, quotes Scripture and carries his son Beau’s rosary at all times. His faith has sustained him through his many public and private triumphs and tragedies.

Reaching out across the aisle will hardly seem a stretch when “love thy neighbor” and the even more demanding “love your enemies” has been the truth for him his whole life. But make no mistake. Those who see Mr. Biden’s gentle piety, reverence and compassion as some kind of weakness do not understand the power of Catholic core values. They pack a wallop.

Those who see Mr. Biden’s gentle piety, reverence and compassion as some kind of weakness do not understand the power of Catholic core values. They pack a wallop.

While President Biden may not attempt on his first day to resolve some of the most challenging issues for Catholics in public life—such as abortion, conscience protections, sexuality and family issues—his main agenda, guided by core Catholic values, will help establish good will and make it more likely he can advance the common-ground dialogue that has eluded us for years.

Mr. Biden has said he will first focus on Covid-19 (by speeding the delivery of vaccines, among other things) and will then turn his attention to economic recovery, racial equity and climate change.

On those issues, Mr. Biden’s policies align with the spirit of Catholic doctrine. For example, Catholic social teaching tells us that “the economy must serve people, not the other way around.” The church supports the dignity of work and the rights of workers, and for years, it has advocated for better health care. And so Mr. Biden’s economic recovery plan will create millions of good-paying jobs, strengthen unions, and ensure that workers receive the pay, benefits and protections they deserve. He will also guarantee access to affordable, quality health care for all Americans.

In “Fratelli Tutti,” Pope Francis condemned racism, calling it is a “virus that quickly mutates and instead of disappearing, goes into hiding and lurks in waiting.” Mr. Biden will address racial disparities from health to policing, advancing economic equality, housing, education and a fairer criminal justice system.

Jesus instructed his apostles: “Behold, I am sending you out like sheep in the midst of wolves; so be as shrewd as serpents and as simple as doves.” So too with President Biden: The wolves in Washington will try to block him so they can protect their interests and preserve the status quo that has held the nation captive for years.

Yet Joe Biden will hold steadfast to his simple and straightforward values while using his experience and skills to beat the wolves and restore the soul of the nation.

Ad majorem Dei gloriam. For the greater glory of God. 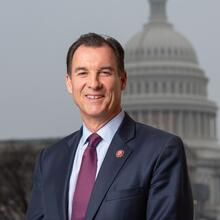 Rep. Tom Suozzi, a Democrat, has represented New York’s Third Congressional District since 2017. He currently serves on the House Ways and Means Committee, is vice-chair of the Problem Solvers Caucus and was appointed by the Speaker of the House to the Congressional Executive Commission on China.

@RepTomSuozzi
Show Comments ()
Join the conversation: Login or create an account
Before you can comment, you need to update your profile to include your first and last name, as required in our comments policy. Then reload this page and you'll be set up for commenting. Update your profile