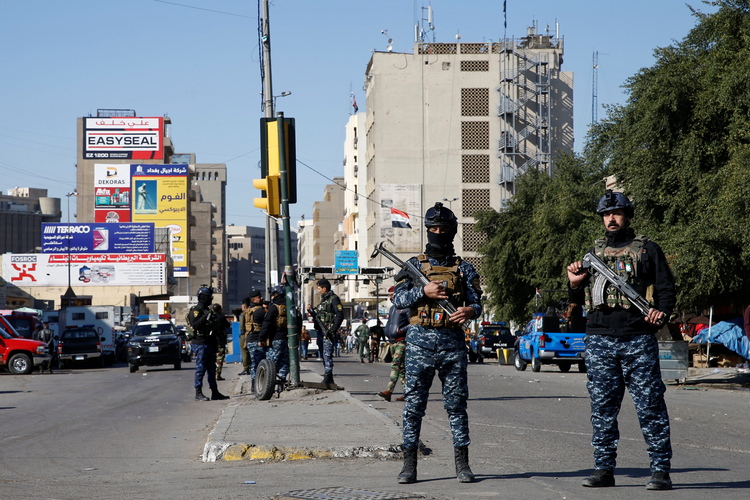 Pope Francis “was deeply saddened” by and “deplored” the two suicide bombings in the center of Baghdad on Thursday morning that left at least 31 dead and 80 injured. He prayed for those affected and encouraged everyone “to work to overcome violence with fraternity, solidarity and peace.”

These were the first such suicide bombings since June 2019 and came on the eve of the pope’s planned visit to the country on March 5-8, a visit that now is under serious question. Various media sources in Iraq suggest that the attacks were carried out by individuals linked to ISIS, though no group has so far claimed responsibility. However, since the withdrawal of U.S. troops and the toll taken by the Covid-19 pandemic, members of ISIS had begun to regroup in the country.

In a message to Iraq’s President Barham Salih, sent on the pope’s behalf by the Vatican secretary of state, Cardinal Pietro Parolin said, “Pope Francis was deeply saddened to learn of the bomb attacks on Tayaran Square in Baghdad this morning.”

Pope Francis “was deeply saddened” by and “deplored” the two suicide bombings in the center of Baghdad on Thursday morning that left at least 31 dead and 80 injured.

“In deploring this senseless act of brutality,” he said, “Pope Francis prays for the deceased victims and their families, for the injured and for the emergency personnel in attendance.”

Agence France reported that after nearly a year of coronavirus lockdowns, the market was unusually busy at the time of the attack. It and other press agencies reported that Yehia Rasool, the spokesperson for Iraq’s commander-in-chief, said two suicide bombers detonated explosives on their bodies after being pursued by security forces in the capital’s Bab al-Sharqi area.

Pope Francis expressed hope that “all will continue [to] work to overcome violence with fraternity, solidarity and peace” and concluded his message by invoking “upon the nation and its people the blessing of the Most High.”

Today’s bombings in Baghdad have shattered the fragile peace in Iraq. The majority-Muslim country of around 41 million people has struggled to regain political stability and peace in the years following the U.S.-led invasion in February 2003 to topple Saddam Hussein. The war, which the Vatican and Saint John Paul II strongly opposed, caused terrible human casualties and immense damage, harmed Christian-Muslim relations and weakened the presence of Christians in the country that Abraham called home.

Iraq’s national elections were due to be held in June of this year but have now been postponed until October. Given today’s bombings and the scheduled elections, serious questions are now being raised as to whether Pope Francis’ planned visit can go ahead, a visit that not only Christians but also many Muslims as well as the government had greatly hoped would take place.