After four years of Trump, it’s time to reset the U.S. refugee policy 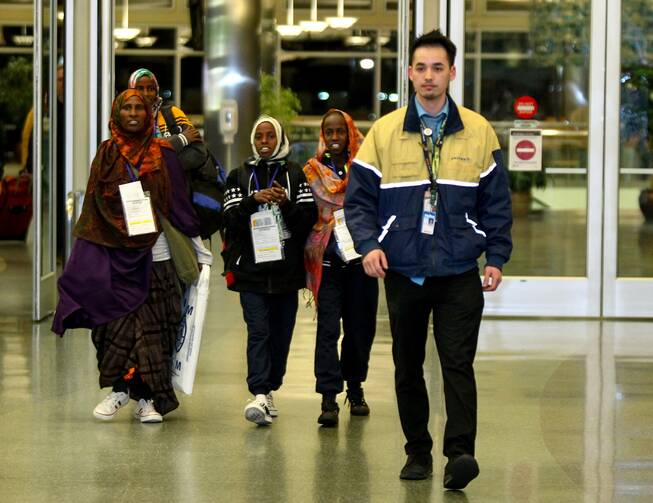 Somali refugees are escorted by a United Airlines representative as they arrive at the airport on Feb. 13, 2018, in Boise, Idaho. (CNS photo/Brian Losness, Reuters)

The inauguration of Joseph R. Biden Jr. is an opportunity to reset U.S. policies toward international refugees. This reset is necessary after the Trump administration tried to dismantle the entire asylum system as part of its anti-immigration agenda.

For example, it imposed the “Remain in Mexico” rule in early 2019, forcing thousands of would-be asylum seekers to wait in Mexico before even getting a chance to apply to stay in the United States. (President Biden rescinded this rule on his first day in office, but it is unclear what will happen to the thousands of migrants already redirected to Mexico.) Then the Covid-19 pandemic made an already dire situation much worse for refugees, as the United States suspended or dramatically slowed down court hearings for asylum seekers. With the Trump administration also lowering the cap on refugee admissions each year since taking office, virtually no refugees were admitted in 2020.

With the Trump administration lowering the cap on refugee admissions each year since taking office, virtually no refugees were admitted in 2020.

Yet refugee crises around the globe continue unabated. There have been more and more refugees from Syria since the United States withdrew its forces in October 2019 from the northern part of the country. People continue to flee conflicts in Afghanistan, Myanmar, Somalia, Sudan, Venezuela and Yemen, among other countries. The United Nations estimates there are currently at least 80 million displaced people in the world.

Some historical perspective demonstrates just how insular the United States has become, and how quickly this country’s attitude toward refugees has changed.

Some historical perspective demonstrates just how insular the United States has become.

During the year that the U.S. Refugee Act of 1980 was signed into law, the United States admitted more than 200,000 refugees. From then through 2016, in any given year the U.S. resettled more refugees than all other countries combined.

Under President Trump, however, the numbers of resettled refugees fell precipitously. Mr. Trump followed through on his 2016 campaign promises to limit immigration in almost all its forms. In Mr. Trump’s first full fiscal year in office, he set the nation’s refugee ceiling at 45,000, which was a new low at the time, and the United States ultimately allowed entry to only about half that number. For fiscal year 2021, which started on Oct. 1, 2020, the administration imposed a maximum of 15,000 refugees, but Mr. Biden has said he will move toward an annual cap of at least 125,000.

The Trump administration cited national security concerns as a justification for dramatically cutting the number of refugees resettled in the United States. But refugees wishing to resettle have their cases vetted overseas, almost always during the lengthy time that they are in refugee camps. The rigorous vetting process is overseen by U.S. and international intelligence and law enforcement authorities, in coordination with the United Nations High Commissioner for Refugees.

The United States was once, in former President Ronald Reagan’s words at his farewell address, a “beacon...for all the pilgrims from all the lost places who are hurtling through the darkness, toward home.” Mr. Reagan’s speech in 1989 paid homage to immigrants but also to refugees.

As an affluent nation, the United States has a moral duty to assist people in desperate situations.

But the severe restrictions on asylum seekers and on the resettlement of refugees conveyed that America is no longer welcoming to what Emma Lazarus called the “homeless and tempest-tossed.” The same could be said of the travel ban targeting the citizens of mostly Muslim nations and the separation of migrant parents from their children at the U.S.-Mexico border.

Refugee resettlement in the United States should not be a conservative or liberal issue. At its core, it is a humanitarian issue, and one that reflects our aspirations to be a compassionate and generous people. Most Americans have immigrant roots, and many can trace their family histories to include refugees. These refugees have built new lives here and enriched the fabric of their communities. In recent years, they have included Bosnian and Somali refugees who have further enhanced the American mosaic.

As an affluent nation, the United States has a moral duty to assist people in desperate situations. Closing doors to those who have suffered unthinkable horrors demonstrates fear and weakness.

And as Catholics, we should heed the words of Pope Francis from 2016: “It’s hypocrisy to call yourself a Christian and chase away a refugee or someone seeking help.”

We not only expect Mr. Biden to reinstate the welcome sign for refugees; we will hold him to that promise, which is consistent with the Christian principles of social justice. 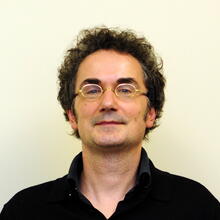 Joshua P. Cohen is a consultant, freelance writer, teacher, and senior editor at Value in Health. He was previously a research professor at Tufts University’s School of Medicine.

@JoshuaPCohen1
Show Comments ()
Join the conversation: Login or create an account
Before you can comment, you need to update your profile to include your first and last name, as required in our comments policy. Then reload this page and you'll be set up for commenting. Update your profile