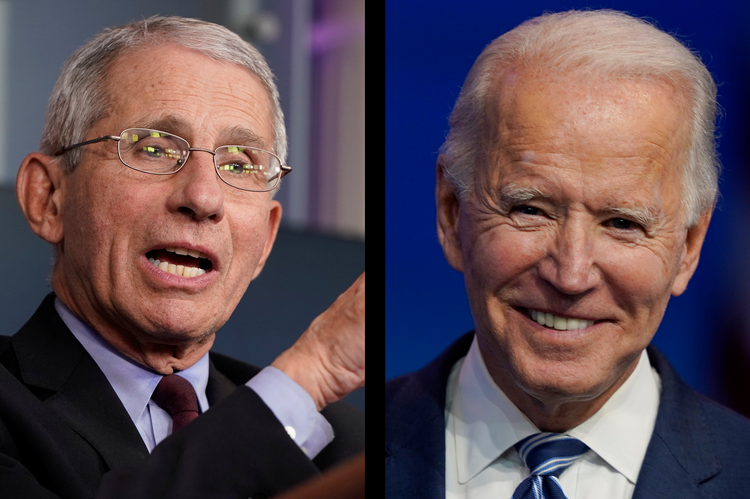 On the same day he spoke to Pope Francis, President-elect Joseph R. Biden Jr. delivered a message to a Jesuit refugee organization in which he announced that he would follow through on a campaign promise to dramatically increase the number of refugees resettled in the United States following drastic cuts by the outgoing Trump administration.

“The United States has long stood as a beacon of hope for the downtrodden and the oppressed, a leader in resettling refugees and our humanitarian response. I promise, as president, I’ll reclaim that proud legacy for our country,” Mr. Biden said, speaking via a video he recorded yesterday to commemorate the 40th anniversary of the Jesuit Refugee Service. “The Biden-Harris administration will restore America’s historic role in protecting the vulnerable and defending the rights of refugees everywhere.”

Earlier on Thursday, the Biden-Harris transition team announced that Mr. Biden spoke to Pope Francis on the telephone, thanking him for his congratulations and vowing to find areas of common ground between the United States and the Holy See, including fighting climate change and advocating for protections for migrants and refugees.

In a virtual event for J.R.S., Biden promised to increase the number of refugees resettled in the United States, and Dr. Fauci said the pandemic shouldn’t stop resettlement efforts.

Beginning in 1980, U.S. presidents were required to set a cap for the number of refugees the United States would resettle. That year, the cap was 231,000. In the final year of his presidency, President Barack Obama set a cap at 110,000. President Trump slashed that number in half during the first year of his presidency and decreased it each subsequent year. It currently stands at 15,000 for 2021, and according to The Associated Press, under Mr. Trump, Canada has eclipsed the United States as the leader in resettling people fleeing war and violence. Around the world, conflict and hunger has displaced a record 80 million people.

Mr. Biden pledged to change that, promising that his administration will increase the cap for resettling refugees in the United States to 125,000. Since 2000, the cap has hovered between 70,000 and 80,000, according to The Washington Post.

“As we speak, refugees and immigrants are working on the frontiers of this devastating pandemic as doctors, nurses, researchers, farmworkers,” Mr. Biden said. “We’re a safer, stronger, better country because of their contributions. Together we must all work toward a more resilient inclusive and hopeful future for our world.”

Biden promised that his administration will increase the cap for resettling refugees in the United States to 125,000.

Jesuit Refugee Service was founded in 1980 to help resettle refugees fleeing Vietnam. Today, J.R.S. works in more than 50 countries providing health care, access to education and legal protection. Arturo Sosa, S.J., the superior general of the Society of Jesus, announced on Thursday that the Jesuits will donate $1 million to J.R.S. “to further recognize our commitment to forcibly displaced persons around the world.”

Joining President-elect Biden in offering well-wishes to J.R.S. was Dr. Anthony Fauci, the head of the National Institute of Allergy and Infectious Diseases and a member of the White House’s coronavirus taskforce. Dr. Fauci, a graduate of a Jesuit high school and college, praised the work of J.R.S., and he urged Americans not to use the pandemic as an excuse to limit its commitment to refugee resettlement.

“Amidst the ongoing difficulties of the pandemic, we must not lose sight of the ongoing imperative to attend to their basic human rights and needs, such as health care,” Dr. Fauci said.

Dr. Fauci praised the work of J.R.S., and he urged Americans not to use the pandemic as an excuse to limit its commitment to refugee resettlement.

Dr. Fauci became an unlikely point of contention during the bruising presidential campaign. President Trump, who has not attended a coronavirus task force meeting in months, even as the United States is on track to see more than 400,000 deaths this year, toyed with the idea of firing Dr. Fauci. As a candidate, Mr. Biden pledged to rely on Dr. Fauci’s advice in order to help combat the virus. Dr. Fauci and Mr. Biden have not been in communication following Mr. Biden’s victory, according to Politico.

“Certain tenets of the Jesuit tradition have sustained me throughout my life and career in public service, including the Jesuit emphasis on social justice and service to others. And now is the time, if ever there was one, for us to care selflessly about one another,” he said.

He added: “The consequences of coronavirus infection compel us to restrain our natural human instincts, a touch, a smile, a hug, a helping hand. Yet, as your organization has demonstrated so well, we must not let the virus limit our humanity and compassion.”