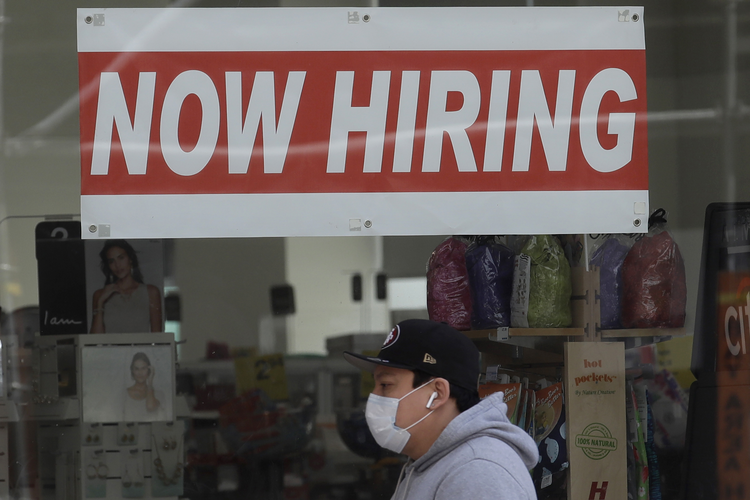 Democrats are now discussing how a president that they considered a dangerous buffoon, who had been impeached by the House of Representatives and who rejected science and medicine during a raging pandemic, could possibly amass some 74 million votes and help stem the “blue tide” that some pollsters had predicted would sweep the House, Senate and many state offices. That discussion can guide President-elect Joseph R. Biden Jr. as he names his economic advisors—so far including former Federal Reserve Chairwoman Janet Yellen, the Princeton University labor economist Cecilia Rouse and Neera Tanden, head of the Center for American Progress—and attempts to govern a still-divided country.

One voting bloc that apparently stuck with Donald J. Trump this year consisted of those with a high school education and a skilled or semi-skilled job. Such voters may or may not be union members. They may be truckers, welders or perhaps construction workers—likely employed throughout the pandemic. Over the four years of Mr. Trump’s presidency, most of these voters’ hourly wages increased significantly. As one example, in central Pennsylvania, where Trump voters are in the majority, a truck driver’s annual pay is now $70,000 to $80,000, with good benefits. For these working men and women, keeping that job was a critical election issue. The answer to “Are you better off today than you were four years ago?” was an unequivocal “yes.”

Over the four years of Mr. Trump’s presidency, most of these voters’ hourly wages increased significantly.

These gains were not unique to blue-collar workers. A customer service representative at Bank of America who was paid $12 an hour three years ago is now making $20 an hour and working at home. And the lowest-paid quarter of Americans enjoyed a 4.5 percent income boost in November 2019, which outpaced the 2.9 percent gain in earnings for the country’s highest-paid workers.

Those raises were part of a broader general trend that brought the nation’s median household income to a record-high $68,700 in 2019, before the coronavirus outbreak. The nation’s unemployment rate fell from 4.7 percent in November 2016 to a historic low of 3.5 percent lasting through February of this year. People of color also enjoyed a historically low unemployment rate before the pandemic hit. Those blessed with continuing employment and rising incomes probably attribute some of that good fortune to the policies of the sitting president, and that helped Mr. Trump in the recent election. So the success of the Democratic Party now depends on Mr. Biden’s ability to maintain policies that continue economic progress. As the political strategist James Carville declared during Bill Clinton’s 1992 presidential campaign, “It’s the economy, stupid!”

Our hypothetical Trump voter knows that his or her boss makes more money than he does and lives in a bigger house, but that reality does not drive him to protest the inequality of America’s capitalist system. Taxing billionaires and big corporations may be important to some, but not to him. And free college for all? “Well, my kids can go to a two-year community college,” he might say, “see if they like it, and we’ll figure it out from there.”

Our hypothetical Trump voter knows that his boss makes more money, but that does not drive him to protest the inequality of America’s capitalist system.

For many voters, details about the next pandemic relief package, such as whether it bails out state and city governments, are not a concern (though relief for people who have lost their jobs this year is popular). So the new president could focus on the quick passage of a relief bill that extends unemployment benefits, which indirectly support local economies, and leave the debate about direct support for local and state governments to a later date.

The dominant importance of a job to a typical voter should not really surprise others who emphasize broader issues of social and economic justice. Popes have long affirmed that dignified work and decent pay are essential to human fulfillment. The typical voter sees a job as personal security, and as a means to pay the mortgage and buy a new truck. But he or she also sees this job as reflecting the security and economic health of the nation.

Mr. Biden’s election victory is clear, but it leaves both major parties with the task of analyzing the long-term strength of support for Mr. Trump. The New York Times columnist David Brooks, reflecting on Mr. Trump’s strong showing in the election, wrote on Nov. 5: “The image of a possible future G.O.P. emerged—a multiracial working-class party.” He attributed Mr. Trump’s “surprising gains among Latinos, African-Americans and Muslims” to “the party’s reputation for championing personal agency and personal responsibility, and for boosting small businesses and economic growth.”

For Mr. Biden and the Democrats, the message might be that any proposals for major economic change must carefully consider the impacts on the men and women who already have satisfying, steady jobs. The election results suggest that trillion-dollar changes in the tax code, for example, hold little allure for many working men and women. Maybe reversing Mr. Trump’s tax cut for the highest personal income brackets makes sense, but implementing the complete Biden tax plan could lead to job losses. Economists at the Wharton Penn Budget Model, the Tax Foundation and the U.S. Treasury agree that corporate income taxes are borne in the intermediate and long term not just by investors, but also by workers in the form of reduced employment.

Any proposals for major economic change must carefully consider the impacts on the men and women who already have satisfying, steady jobs.

The not-quite-forgotten “Medicare for All” plan, supported by almost all of Mr. Biden’s opponents for the Democratic nomination, is also seen as a threat to many who are happy with their employer-provided plans. And the massive and complex Green New Deal, backed by the left wing of the Democratic Party, has not found wide public support. Twenty-three years after the Prius was introduced, fewer than 5 percent of America’s vehicles are electric or gas-electric hybrids, and bulky pickups and SUVs dominate the showrooms. Changing weather patterns, wildfires and a generation of public education (including Al Gore’s movie) have not persuaded Americans to abandon the internal combustion engine, which is the nation’s biggest contributor to carbon emissions. Mr. Biden’s success will depend on enacting incentives for cleaner energy that U.S. workers and consumers find enticing, not threatening.

And there are possible divisions even within the progressive wing of the Democratic coalition. For example, support for school vouchers and for charter schools is increasing among Black and Hispanic voters, but teachers’ unions, a major source of grassroots organizing for Democrats, remain opposed to using public funds to promote school choice.

If Democrats want a more just economy, they need to focus on investment and innovation
Joseph J. Dunn

Rather than focusing on the implementation of his party’s platform, President-elect Biden should remember that restoring comity in our nation, protecting the environment and moving closer to economic justice will require maintaining the best of the status quo and crafting genuine improvements that the working man and woman can embrace.

Mr. Biden deserves the nation’s support as he refines campaign pledges into administration policy and proposed legislation. But in a deeply divided country, the best path forward is not some new form of class warfare but plans that truly promote the common good. His choice for treasury secretary—Ms. Yellen, a respected research economist as well as a former chair of the Federal Reserve—indicates a desire for fiscal policy informed by science rather than driven by ideology. That would be a sound basis for bringing the nation together.

Joseph J. Dunn is a retired business executive and the author of After One Hundred Years: Corporate Profits, Wealth, and American Society. He writes frequently on issues of economic justice.