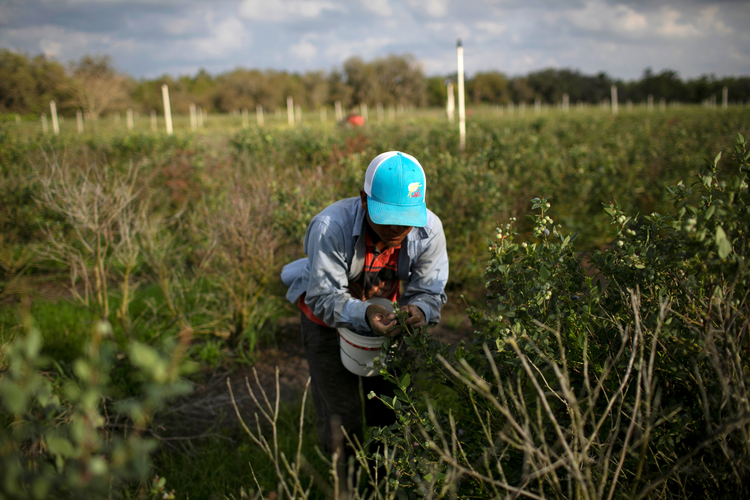 This Thanksgiving felt different. Too many families have lost someone who would have sat at the kitchen table this holiday season; many others must stay apart for their own safety. But one constant is that there is no one more deserving of thanks than the farm workers who put food on our tables. They are the ones who do the backbreaking work in the fields, come rain or heat or smoke—even come plague.

Throughout the Covid-19 pandemic, essential workers have continued to toil in fields, dairies and meatpacking houses at great risk to themselves. They stepped up for America—including many without labor protections, fair pay or citizenship. Now is the moment for America to step up for them. And there is no better way for the next president to express our nation’s thanks to farmworkers than by including them in the Biden-Harris administration. The Congressional Hispanic Caucus is urging President-elect Biden to nominate Arturo S. Rodriguez, the former president of the United Farm Workers, as the next Secretary of Agriculture.

The Congressional Hispanic Caucus is urging Mr. Biden to name Arturo S. Rodriguez, the former president of the United Farm Workers, as the next U.S. Secretary of Agriculture.

It has been a hard year for farmworkers, and for Latinos across the country. Latinos have suffered disproportionately high rates of Covid-19 infections, hospitalizations and deaths—in no small part due to our disproportionate representation among the essential work force, in jobs like farmworkers. Despite owning less than 3 percent of the farms in the United States, Latinos make up at least 83 percent of America’s agricultural workers. Latinos have been the backbone of American agriculture for generations; it is our hands and our backs that produce the greatest bounty of food in world history. Yet since the Department of Agriculture was created in 1889, all but one of its 31 leaders have been white. None have been Latinos.

Amid unprecedented food insecurity and immense pressure on farmworkers, there is no one better to lead the Department of Agriculture than Arturo Rodriguez. From my hometown of San Antonio, Mr. Rodriguez has been part of the farmworker movement for 45 years, standing alongside giants of the Latino civil rights and labor struggles like Dolores Huerta and Cesar Chavez. After Mr. Chavez’s death in 1993, Mr. Rodriguez stepped up to lead the U.F.W., helping it survive, evolve and grow for 25 years.

Joe Biden, like his fellow Irish Catholic before him, Senator Robert F. Kennedy, should embrace the mantle of farmworker champion.

Mr. Rodriguez’s appointment would not only be a historic first but would bring a full career’s worth of experience. He has worked with presidents, cabinet secretaries, governors and lawmakers from both parties to improve the lives of the most vulnerable people in agriculture. He has a proven record of bipartisanship, having negotiated with growers and Republican lawmakers to craft historic agricultural immigration bills. Mr. Rodriguez has repeatedly negotiated union contracts with the nation’s largest agricultural companies and former opponents of the U.F.W., proving his ability to turn even former adversaries into partners.

Yet despite all the progress the farmworker movement has made, much remains to be done. Covid-19 has exposed that farmworkers still have few rights and protections. Farmworkers too often live, commute and work in cramped, crowded or unsanitary conditions. Less than half have any health coverage. Around half are undocumented. Most dramatically of all, farmworkers too often struggle with food insecurity, meaning the workers who feed America too often cannot feed their own families.

The Department of Agriculture has historically compounded these injustices. As the pandemic worsened, Mr. Trump’s secretary of agriculture, Sonny Perdue, sought to lower farmworkers’ minimum pay. The U.S.D.A. has also intervened to keep meat and poultry plants open, with devastating results for the largely Latino and immigrant workers who toil within. On top of this, a history of discrimination at the U.S.D.A. has harmed Black, Latino and Native American farmers and their dreams of farm ownership. In this moment of reckoning with racial injustice, it is clear that we need new leadership at the Department of Agriculture.

Arturo Rodriguez is the right choice to meet this moment. Joe Biden, like his fellow Irish Catholic before him, Senator Robert F. Kennedy, should embrace the mantle of farmworker champion. Appointing Mr. Rodriguez as the first Latino secretary of agriculture would finally give Latinos real power in the agricultural industry, the industry that our labor has held up for so long. We are overdue for an agriculture secretary who looks like and comes from the community who works the fields. As we celebrate the holiday season with the food that farmworkers provide, there could be no better message of thanks and solidarity to these most essential of workers.

More from America:
-Joe Biden will be the second Catholic president. Here’s what you need to know about his faith.
-Tell us: What should President Joe Biden’s first 100 days to look like?
-Read: An exclusive essay by Pope Francis on a ‘personal Covid,’ his exile in Argentina

Show Comments ()
Join the conversation: Login or create an account
Before you can comment, you need to update your profile to include your first and last name, as required in our comments policy. Then reload this page and you'll be set up for commenting. Update your profile
More: Latino / Agriculture / Civil Rights 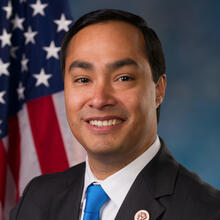 Congressman Joaquin Castro represents Texas’ 20th Congressional District in the U.S. House of Representatives and is chair of the Congressional Hispanic Caucus and vice chair of the House Foreign Affairs Committee. He is a native of San Antonio, Texas.