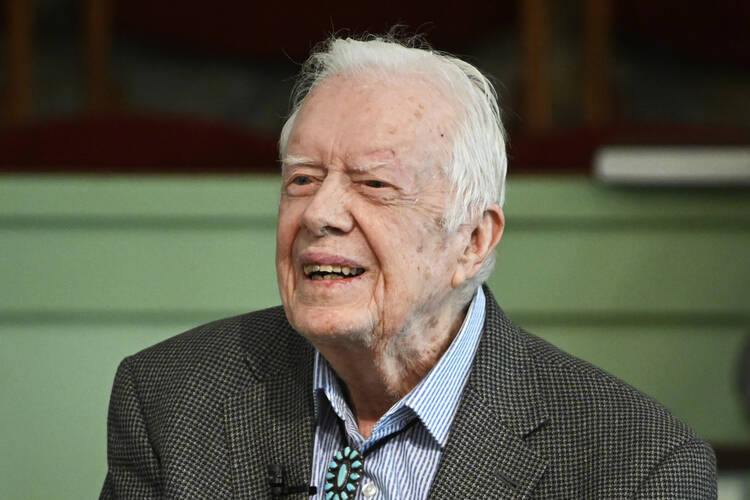 Jimmy Carter is known as a man of faith, but not many Americans understand the depth of his belief in the separation of church and state. He often noted that the Baptist Church in America was founded in part on that principle. As president, he refused to have prayer breakfasts in the White House or to let his own religious views shape public policy.

When Mr. Carter was elected president in 1976—just three years after Roe v. Wade—the battle lines on abortion that would condition politics for the next four decades were not yet fully drawn. A nuanced position still worked in the Democratic Party. Mr. Carter criticized the idea of a constitutional amendment banning it but also opposed federally funded Medicaid abortions (which raised hackles with liberals) and stressed his personal opposition. “I never have thought Jesus Christ would approve abortion,” he told me in an interview in 2017.

Mr. Carter recalled praying more in the White House than at any time in his life—as often as 30 times a day.

As president, Mr. Carter struggled sometimes to reconcile his faith with his secular obligations. He confessed as much to Pope John Paul II in October 1979, when the pontiff made the first-ever papal visit to the White House. They agreed that if Christ still walked the earth, he would favor the celibacy of priests and the right to live, which meant opposing both abortion and the death penalty. “I told him it was difficult for me as a politician sworn to uphold our laws to live with the concept of permissive abortion,” Mr. Carter recalled in a diary he kept while in the White House. But he was never one to impose his personal religious views on anyone else.

Mr. Carter later recalled praying more in the White House than at any time in his life—as often as 30 times a day. “Even when I was reluctant to share my problems and my unanswered questions with any other human being, including Rosalynn, I was always able to share them with God,” he wrote in his 2001 book Living Faith.

Mr. Carter was an engineer by training, and even his prayers as president were subject to engineering. As he recounted in Living Faith, he broke them into “three key questions” for God’s guidance, essentially: (1) “Are the goals I am pursuing appropriate?” (2) “Am I doing the right thing based on my personal moral code, my Christian faith, and the duties of my current position?” (3) “Have I done my best, based on the alternatives open to me?” That focus on his “best” was rarely far from his mind.

After leaving the presidency, Mr. Carter took on the Southern Baptist Convention, the largest Protestant denomination in the United States.

After leaving the presidency, Mr. Carter took on the Southern Baptist Convention, the largest Protestant denomination in the United States. With nearly 50,000 mostly white Baptist churches coming under its umbrella, the S.B.C. had always allowed local autonomy for its churches. That began to change in the 1980s, when ultraconservative leaders turned the S.B.C. into a political organization. In 1998 the S.B.C. decreed that women must submit to their husbands and could no longer be pastors. It elevated a literal interpretation of the Bible above the message of Jesus, a move Mr. Carter rejected, and kicked independent-minded churches out of the convention—a clear violation, Mr. Carter believed, of the principle of local control in the Baptist Church.

Two years later, he quit the S.B.C. in protest. Mr. Carter decried what he called an “inexorable merger” of the Southern Baptists with the “conservative wing of the Republican Party.” His 2005 book Our Endangered Values: America’s Moral Crisis included a sharp attack on right-wing evangelicals, and he lectured often on “narrow, self-serving...authoritarian males” who are so convinced of their own morality “that they cast the opposition not just as wrong, but as evil.”

He lectured often on “narrow, self-serving...authoritarian males” who are so convinced of their own morality “that they cast the opposition not just as wrong, but as evil.”

Mr. Carter also spoke out strongly against the death penalty (which his wife, Rosalynn, had converted him on) and against the “war on drugs” and mass incarceration in the United States. In 2012, he began publicly supporting gay marriage. In one interview, he noted that homosexuality was well known in the ancient world, and “Jesus never said a word about it” and would have felt it was “very fine for gay people to be married in civil ceremonies.” Mr. Carter drew the line at requiring churches to perform gay weddings. And while he viewed abortion rights as fully constitutional, he continued to believe Jesus would have opposed abortion except in cases of rape or incest or if the mother’s life was in danger.

Mr. Carter soon became a major voice in encouraging Baptists to form new partnerships. In 2008 he spearheaded the New Baptist Covenant, which brought together black and white churches around racial justice. He also helped more moderate (Mr. Carter called them “traditional”) Baptists form the Cooperative Baptist Fellowship, which has grown to about 1,900 affiliated churches. In an effort to find common ground with conservatives, Mr. Carter accepted an invitation in 2018 to speak at Liberty University, founded by Jerry Falwell Sr., and was warmly received. Amy Butler, who served as the pastor of New York’s Riverside Church, told me, “He represents the best of what it means to be a Baptist in the 21st century.”

In his 90th year, 2014, Mr. Carter wrote one of his best books, A Call to Action: Women, Religion, Violence, and Power, a searing depiction of what he called “the worst human rights abuse on earth”: the mistreatment of women. Mr. Carter detailed how 160 million girls were eliminated through selective abortion or infanticide, mostly in China and India, and that genital mutilation remained a problem in many of the countries he’d visited. Mr. Carter was especially distressed to learn that Atlanta’s huge international airport, which he had helped finish when he was governor, had become a hub for human trafficking, with girls bought there for $1,000 and sold into sex slavery. Before the #MeToo movement emerged, he blasted military leaders and college presidents for covering up sexual assaults.

One day, long after Mr. Carter left the White House, a visitor to Plains, Ga., came upon an old man in a cap mowing the grass behind a church. “Isn’t that the place where Jimmy Carter teaches Sunday school?” the visitor asked. “Yes, it is,” Jimmy Carter replied with a smile before resuming his chores. Inside the 350-seat sanctuary, Rosalynn was vacuuming. Jimmy and Rosalynn could often be found in Plains eating off paper plates at church suppers, chatting with visitors as if they were just another elderly couple in town.

From president to Sunday school teacher

Jimmy was more than just a deacon at Maranatha Baptist Church. He made the wooden cross and wooden collection plates on a lathe. And once or twice a month, from 1981 until late 2019, he donned a bolero tie with a turquoise stone and stood to teach a warm and engaging Sunday school lesson to a small group of his neighbors and a much larger assemblage of visitors from all over the world.

After Mr. Carter was diagnosed with cancer in 2015, he saw himself transported in the public mind to a place beyond politics. Thousands made the pilgrimage to Maranatha, camping out in front of the church all night for the chance to see him teach and to cross something off their bucket lists. Most settled for a video feed in the overflow room. He and Rosalynn would slip in about 10 in the morning, after the visitors had been instructed not to applaud or ask him how he was feeling when they had their pictures taken with them.

The gentle lessons, usually drawn from the New Testament, were charming and inspiring even for nonbelievers. He taught often on forgiveness and “agape love,” which he described as “self-sacrificial love, love for people who are not lovable, loving without expecting to be loved back.” He might work in what he had learned from his partner on his door-to-door Baptist mission a half century earlier in Springfield, Mass.: “We must love God and love the person in front of us at any time.”

The message was inclusive and focused on deeds on earth. “A good person is someone who follows the example of Jesus Christ,” he said in church in 2017. He made no claim that believing in Christ’s divinity was critical to being good; he simply made the case that one treat others well, as Christ did. “With our freedom, every one of us can make a basic decision: ‘What kind of person do I, myself, choose to be?’” Every person, he said, “can be a complete success in the eyes of God.” He would often conclude by asking everyone in church to try to do something nice for someone at least once a month. 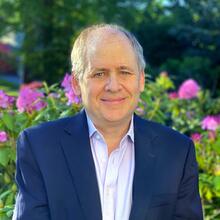 Jonathan Alter, a political analyst, documentary filmmaker, columnist, television producer and radio host, is the author of three New York Times bestsellers: The Center Holds: Obama and His Enemies (2013), The Promise: President Obama, Year One (2010) and The Defining Moment: FDR’s Hundred Days and the Triumph of Hope (2006). His latest book, His Very Best: Jimmy Carter, A Life, was released in 2020.