Explainer: Has it always taken this long to count every vote? Yes and no. 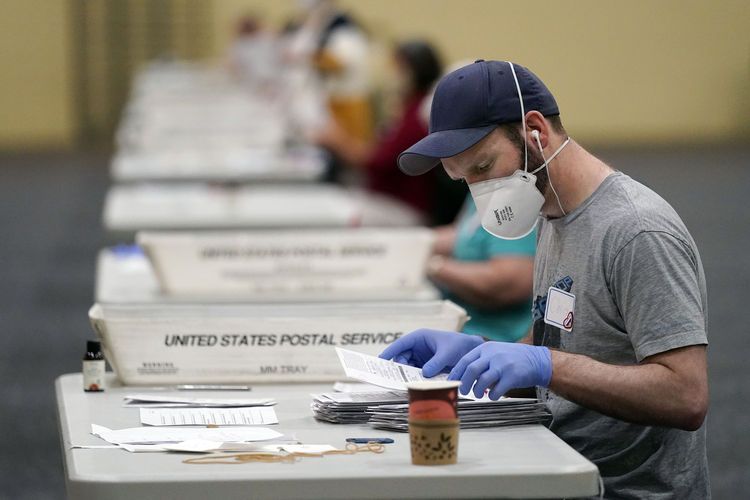 As the United States electorate awaits with bated breath the election results in several battleground states, the increasing length of time since polls closed and a victor was expected to be declared has many asking if we have ever seen such a moment.

The short answer? Plenty of times. There is nothing unprecedented in recent decades about close presidential elections—in fact, they’re almost always close these days—and there is also nothing new in a delay in finding out the winner. Over the last 40 years, seven presidential elections have dragged on past Election Day. The agony of watching each trickle of votes bring the United States closer to or further away from the radical policy changes of a party switch in the White House is a new normal.

During the 20th century, 20 out of 25 presidential elections had decisive popular vote wins (more than five points) and 18 had Electoral College landslides (a more than 2-to-1 ratio for the winner). The past six elections have featured only one decisive popular vote win and Electoral College landslide (President Barack Obama over Senator John McCain in 2008). The rest have been nail-biters, with control of the ever-expanding power of the presidency hinging on a small pile of votes (often disputed) in a handful of states.

There is nothing unprecedented in recent decades about close presidential elections, and there is also nothing new in a delay in finding out the winner.

Pundits sometimes decry the fact that every presidential election seems to be determined by the same few states—Ohio and Florida chief among them—because most states are remarkably consistent over time about the party whose candidate they favor. But a 2016 analysis in America showed that actually even U.S. counties are remarkably consistent in their voting patterns. A slight majority of the more than 3,000 U.S. counties had voted the same way over the previous seven presidential elections.

This means that Electoral College votes are often determined by slight changes in the margins by which each party wins “their” counties (blue for urban centers, red for rural areas), while the color-coded maps don’t look very different from election to election. The constant and deepening geographic patterns in our elections—matching the increasing polarization of the two major parties by ideology and policy preferences—makes it all the more unnerving when a single election produces a drastic shift in who will run the country.

[Related: We should pay less attention to polls. Pope Francis would agree.]

To be exact in our terminology, no one has ever “won the presidency” on the first Tuesday in November, Election Day. Members of the Electoral College from each state do not actually cast their votes until the first Monday after Dec. 12, which this year will be Dec. 14. The president’s term does not begin until he or she is sworn in on Inauguration Day, Jan. 20, after Congress has certified the results from the Electoral College on Jan. 6.

The most contested presidential election in living memory for many Americans was the contest between George W. Bush and Al Gore in 2000, which dragged on for over a month after Election Day. (Please, God, no.) While Vice President Gore won the popular vote in one of the closest elections in U.S. history, the state of Florida remained a toss-up on election night—and Florida’s 25 electoral votes would propel either candidate to victory in the Electoral College. Florida eventually declared Mr. Bush the winner by a razor-thin margin, but Mr. Gore filed for a recount.

Accusations of voter fraud and lost ballots abounded for the next several weeks. Finally, on Dec. 12, 2000, the U.S. Supreme Court overruled a Florida Supreme Court decision ordering a recount, effectively handing the election to Mr. Bush. In a dissenting opinion, Justice John Paul Stevens denounced the conservative majority’s ruling in Bush v. Gore that Florida could not proceed with a recount: “The endorsement of that position by the majority of this Court can only lend credence to the most cynical appraisal of the work of judges throughout the land.”

[Related: The Latino vote is (still) not monolithic. We shouldn’t be surprised.]

Until recently, presidential elections were a kind of black-box process, with journalists and voters having to accept whatever vote counts were reported by the state (even dubious ones like South Carolina’s 98 percent for Franklin D. Roosevelt in 1932). But thanks to more transparent election laws and the speed of the internet, we can now scrutinize votes county by county, even precinct by precinct, as they are counted and added to the see-sawing state and national totals. This is a good thing in terms of election integrity (and the availability of such fine-grained data makes it much more difficult to attempt any kind of election fraud), but it is hard on the nervous systems of those who follow politics.

Regardless of the winner of this year’s presidential election, the challenge in the wake of this bruising campaign will be to find some sense of national unity and healing.

Regardless of the winner of this year’s presidential election (or the amount of time it takes to determine a winner), the challenge in the wake of this bruising campaign will be to find some sense of national unity and healing, something made all the more difficult by the awareness of the vast polarization of the U.S. electorate: Even if such polarization has always been there, in the age of social media and 24-hour news cycles it is far more readily apparent. “Being united amid disagreements is essential to being Americans. May the United States set aside cynicism and strive toward this ideal,” wrote America’s editors in August. The words of Abraham Lincoln in his First Inaugural Address were invoked there, and seem all the more pertinent today:

We are not enemies, but friends. We must not be enemies. Though passion may have strained, it must not break our bonds of affection. The mystic chords of memory will swell when again touched, as surely they will be, by the better angels of our nature.

Another voice for reconciliation and unity in the face of polarization was heard just five years ago, when Pope Francis addressed Congress during his 2015 visit to the United States. “Our efforts must aim at restoring hope, righting wrongs, maintaining commitments and thus promoting the well-being of individuals and of peoples,” the pope said. “We must move forward together, as one, in a renewed spirit of fraternity and solidarity, cooperating generously for the common good.”

More Election Stories from America:
– We should pay less attention to polls. Pope Francis would agree.
– Jesuit tools to help you survive the election (and its aftermath)
– God, please just give me (and the country) a little patience.
– The Latino vote is (still) not monolithic.We shouldn’t be surprised.