Civil rights activists remind us: There is no democracy without the right to vote 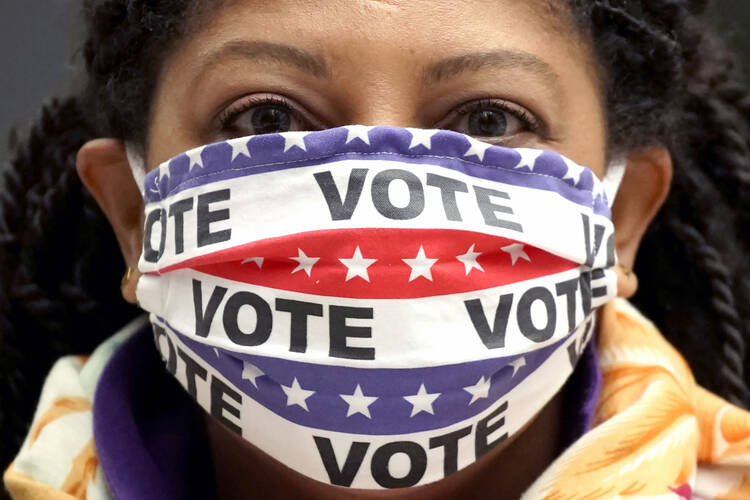 In October 2016, I came home from my diplomatic assignment overseas to see my father, Gordon A. Martin Jr., whose health was failing rapidly. It was during the lead-up to the presidential election, and he was worried about the trend he was seeing toward voter suppression, especially among people of color.

He was particularly sensitive to this issue, as he had spent much of his career in the pursuit of racial justice as a lawyer and a judge. This began in the 1960s, when he worked in the U.S. Justice Department’s Civil Rights Division in Mississippi. It was there that he helped bring to trial the United States vs. Theron Lynd case in 1962, an important step toward the passage of the landmark Voting Rights Act of 1965.

My father always told me the heroes of U.S. vs. Lynd were the brave African-American witnesses who came forward at great personal risk to demonstrate the unfair voter registration practices that had made Forrest County, Miss., one of the most egregious examples of white supremacist rule in all of the South. He later wrote a book about their stories, Count Them One by One: Black Mississippians Fighting for the Right to Vote, which includes many of the details recounted below.

A question for Black registrants to determine if they were qualified to vote: “How many bubbles in a bar of soap?”

The county’s registrar of voters (Theron Lynd at the time of the lawsuit and Luther Cox before him) was the omnipotent arbiter of voting rights, and he systematically excluded Black citizens from the voter rolls with a combination of avoidance, hostility, cynicism and dishonesty. In 1961, 30 percent of the county’s population of roughly 53,000 was Black, but the Justice Department found only a dozen African-Americans registered to vote.

White voters breezed through the registration process. If they were asked to interpret a section of the Mississippi Constitution (state law gave the registrar the right to demand this), they never seemed to have a problem with it. The women who worked as clerks in the registrar’s office often took care of the white applicants. But they were instructed that only registrar Theron Lynd could see the Blacks.

Prospective Black voters were often told Lynd was “not available” or to “come back later.” If, after long periods of waiting, they finally saw Lynd, he might tell them there wasn’t enough time left that day to fill out the paperwork. If he did allow a prospective voter to apply, he or his clerks were often able to find an error that invalidated the registration. Perhaps the applicant had signed in the wrong place or had written down the wrong precinct number. Lynd’s predecessor had his own favorite question for Black registrants to determine if they were qualified to vote: “How many bubbles in a bar of soap?”

“Unqualified” was invariably Lynd’s verdict. Would-be voters were told they could come back in six months to try again. As John Doar, my father’s lead prosecutor for the Lynd case, put it: “No matter how educated a black person was in Mississippi, it was very unlikely that he would get a chance to vote. [But] if you could breathe and you were white, you voted.”

David Roberson was a Black college graduate and a Korean War veteran when he came to Forrest County to teach science at Hattiesburg’s segregated Rowan High School in 1958. He saw that out of the 27 teachers at Rowan, including “10 or 11 [with] master’s degrees,” very few had successfully registered to vote. “How can we be qualified to teach, yet we’re not qualified to vote?” Roberson asked.

Lynd rebuffed Roberson several times. He “had a real sour personality,” Roberson later told my father, “sour in the kind of stare he gave you when you walked in: What are you doing here? You have no right to even request to register to vote.”

Roberson persevered, ignoring the threat of violence against Blacks who tried to exercise their legitimate rights. When he had a chance to work with the Civil Rights Division on a lawsuit, he later said, “We really couldn’t believe it, because in our whole lives, none of us had ever experienced any kind of thing like that from the government, where the results might be some positive advance for Blacks.”

Roberson, who passed away in May at the age of 86, was just one of the brave witnesses in the Lynd case.

As I sat with my father in 2016, I did not fully appreciate the extent of the ongoing challenges to voting rights that worried him. I had tended to regard the election of an African-American president as symbolizing the triumph of the civil rights movement. But my father’s perspective was like that of others who had been in the trenches. He knew the fight was not over.

As civil rights icon John Lewis expressed just before his death earlier this year: “Voting and participating in the democratic process are key. The vote is the most powerful nonviolent change agent you have in a democratic society. You must use it because it is not guaranteed. You can lose it.”

My father died in late 2016. He was spared from having to see the further restrictions to voting rights in this country that have occurred over the last few years. I hope the example of the freedom fighters he worked with inspires today’s voters to do anything they can to have their ballots counted and continue a struggle that is clearly not over. 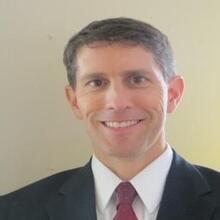 Peter G. Martin, a former U.S. Foreign Service Officer, is the special assistant to the president at Boston College and a member of the steering committee of B.C.’s Forum on Racial Justice in America.