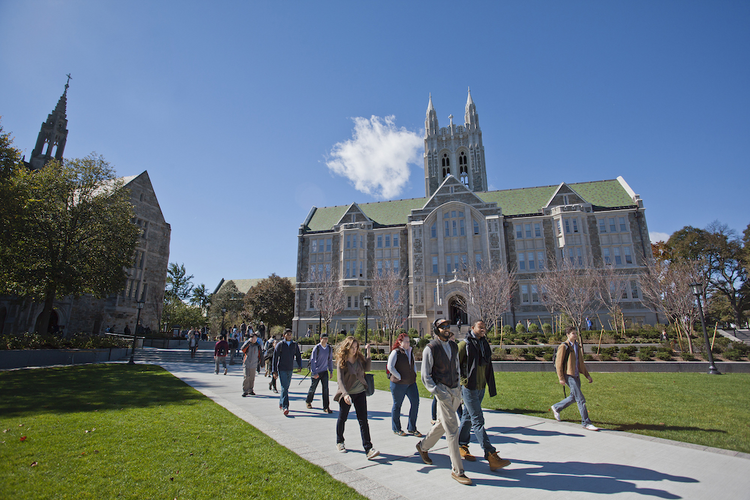 Boston College will address structural racism through its Forum on Racial Justice in America. (Photo courtesy of Boston College)

In 2021, Oklahoma will mark the 100th anniversary of what has come to be known as the Tulsa Race Massacre. That city’s Greenwood district had been a vibrant, affluent African-American community, but in a night of terror, marauding gangs of white men became lynch mobs and burned Greenwood to the ground. At least 300 Black people were murdered, but the true number of lives lost will never be known. Although it has been labeled a riot by some, it would be more appropriate to call it a pogrom.

At the time, Blacks were a despised minority who could be driven out of their homes and business on the smallest pretense and murdered at will. The attackers knew that their victims had no recourse to any meaningful form of justice. The racist structures of U.S. law and society made whatever rights Blacks had in principle meaningless in practice.

At Boston College, we have decided to address the reality of structural racism through a new project called the Forum on Racial Justice in America.

This kind of American story is an important antecedent to the passionate calls for racial justice that we are hearing today. We must recognize that racism remains a systemic problem in this country, part of the “structures of sin” that Pope John Paul II discussed in his 1987 encyclical “Sollicitudo Rei Socialis” (“On Social Concern”).

At Boston College, we have decided to address the reality of structural racism through a new project called the Forum on Racial Justice in America. This will be a transformative process for the university and will launch a rethinking of how we understand our role in higher education, in the greater Boston community, in the nation and in the world.

As a Jesuit university, Boston College has access to rich theological and intellectual understandings of justice. My hope is that the Forum will draw heavily upon that knowledge. Catholic social teaching is remarkable in the American cultural context because of its ability to draw immediate attention to our tendency to individualize agency and avoid notions of collective responsibility.

Catholic social teaching is remarkable because of its ability to draw attention to our tendency to individualize agency and avoid notions of collective responsibility.

We now find ourselves as a nation reckoning with a long history of racism that cannot be properly understood through a lens of personal morality or individual acts. The racist structures of the United States still mean that Black Americans attempt to exercise their rights and freedoms under constraints that white Americans do not face. The structure of the society itself, influenced by the conscious and unconscious assumptions of many people nurtured within it, limits the dignity and flourishing of Black lives in the United States.

As the inaugural director and someone who has spent many years thinking in scholarly terms about the relationship between U.S. law and Catholic social teaching, I see the Forum’s work as being rooted in a profound understanding that personal conversion alone is insufficient to end racism in this country. Boston College must commit as an institution to dismantling racist structures. Members of the B.C. community must live out the core values of our mission: that all human beings are created in God’s image, are of equal worth and have an inherent right to a dignified existence regardless of race. If we are committed to these values we must, as the scholar Ibram X. Kendi has noted throughout his work, choose to be “antiracist.” Being antiracist means we recognize that racism is everyone’s problem. We become actively conscious about race and racism, take actions to end racism in our daily lives, and understand that we all have a role in stopping it.

Being antiracist means we recognize that racism is everyone’s problem.

The Forum will move forward in its work to dismantle racist structures through three stages modeled on the process of “observe, judge, act,” an important part of Jesuit pedagogy. Ultimately, my goal is to forge a university community that is working to build a new solidarity in American life, one that rests on an active rejection of racism and its distortion of our social order.

In the first stage of our work, we will observe, as it were, through listening. We plan to organize a series of events modeled on the processes of truth and reconciliation and restorative justice that will allow victims of racism to speak and be heard. These voices would come from within the Boston College community and from the broader communities of which Boston College is a part. Restorative justice recognizes that an essential part of restoring the dignity of those who have suffered is inviting them to determine what they need to recover. In this process, we also want to ensure that those speaking can do so freely without interruptions or distractions designed to ease the discomfort of those listening. At Boston College, we have many people across a range of disciplines, including education, social work, theology and law, who have expertise in structuring these dialogues.

The second phase will be one of discernment and judgment. Based on what we have heard and learned, how should Boston College respond? What are our obligations to those who have suffered, including members of the Boston College community and the local, national and global communities? How do we rebuild these communities in a spirit of solidarity and so that every member feels fully able to participate? What actions should we take as a university to harness the resources and talents that we have at our disposal to offer ideas and policy prescriptions for change?

Finally, we should move quickly to act. This means a new mission for Boston College. We will be a university that will offer a unique voice to anti-racist work and engagement, and we will bring our values, resources and expertise to thinking comprehensively about racial justice at the national and global policy levels.

As a Jesuit institution, Boston College is committed to, as the 32nd General Congregation of the Jesuits proclaimed, building “a community among human beings which is based on sharing rather than on greed; a willing openness to all persons rather than seeking after the privileges of caste or class or race; on service rather than domination or exploitation.”

Taking an aggressive stance against racism and racial injustice is a natural outgrowth of serious engagement with Catholic social teaching and the values of a Jesuit education. Harnessing the resources of the Boston College community to fight for racial justice and create an antiracist future will build solidarity with people of good will across American society who share this commitment.

This article also appeared in print, under the headline “A Jesuit way to justice,” in the August 2020, issue. 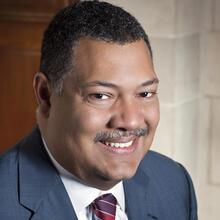