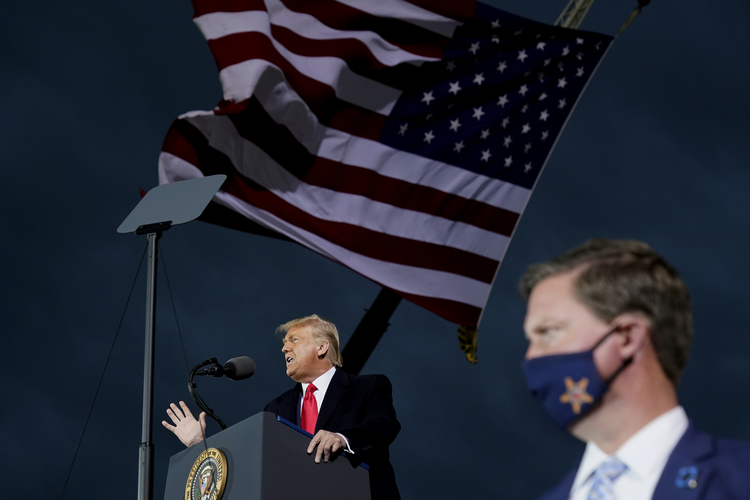 Contrast all the pro-life measures of President Trump these last four years with the pro-abortion measures to which Joe Biden and Kamala Harris are committed, all along keeping in mind the centrality of the life issues for Catholics: You get the result, many Catholics say, that a serious Catholic has no choice but to vote for Mr. Trump. It does not matter if you think that Mr. Biden has the better position on health care, on the environment, on taxation policy, on immigration reform; even if you are right, how can these strengths of Mr. Biden outweigh the wickedness of his support of the abortion license? Abortion is not on a level with these issues; if you respect the hierarchy of goods and evils, you cannot not vote for Mr. Trump.

Much as I feel the force of this line of argument, I do not think that it is conclusive. For the argument wrongly assumes that the critics of Mr. Trump are giving more weight to questions of the environment and immigration reform than to the protection of unborn human life. The really serious opponents of Mr. Trump do not make this mistake; they rather base their opposition to him on fundamental things like disrupting the rule of law; perpetuating racism; and spreading a culture of amorality. Is it true that we do not have to worry about Mr. Trump’s complicity in these evils, as long as he delivers the pro-life goods? No, and let me explain why not.

Do we have to ignore the fact that our president sometimes behaves more like a mobster than a president of the United States?

First, one might reasonably hold that the first article of Mr. Trump’s impeachment in 2019 (abuse of power) has merit, and that President Trump did indeed abuse his office as president by putting pressure on a foreign government to help him collect dirt on a political rival.

But it is not to my purpose to defend the first article of impeachment. Rather, I want to argue that a voter who conscientiously believes, as Senator Mitt Romney believed, that Mr. Trump committed an impeachable offense acquires thereby a major impediment to voting for Mr. Trump. For if the first article of impeachment gave a good reason for removing him from office, it a fortiori gives a good reason for not bestowing on him a second term of office.

I ask: Do we have to ignore the fact that Mr. Trump sometimes behaves in a manner unworthy of a president of the United States, and ignore the damage that he inflicts on the rule of law in our body politic, just because of his good pro-life policies?

For President Trump, the George Floyds of America are invisible.

Let us consider the events unleashed by the murder of George Floyd. This was not the isolated crime of a single rogue police officer but rather a crime that symbolizes a vast pattern of crimes committed against Black men and women. This dreadful crime is, as it seems to many of us, of a piece with other crimes against Black people that occurred around the same time, crimes such as the murder of Ahmaud Arbery, a Black man jogging in a white neighborhood in Georgia, and of a piece with the lynchings of Black men and women in the early 20th century. It belongs to the moral fallout of slavery and reminds us of how much healing has still to take place between Black and white Americans.

For President Trump, the George Floyds of America are invisible. Look at his Fourth of July speech this year at Mount Rushmore in which he surveys U.S. history down to the present and addresses the burning concerns of today. He does not even mention George Floyd and his aggrieved fellow Black people; they do not even exist for him. He just speaks up for the statues that were being taken down this summer and declares his support for the police. He cannot hear the cry for justice that resounds throughout the world in the wake of the brutal murder of Mr. Floyd. In the protests, he can only discern lawlessness and rioting. He wants us to feel threatened by the protesters, not to be morally challenged by them. He has nothing more to say to us than to tweet, in all caps, LAW AND ORDER! He thinks he has nothing more to do than to call in the dogs and to issue threats.

The partisans of Mr. Trump will say that none of this interferes with the moral imperative to vote for him: “Questions of racial justice are entirely secondary in relation to the life issues; Trump is pro-life, and that is far more important than that he is weak on race relations.” To which the obvious answer is that the murder of George Floyd or of Ahmaud Arbery is no less a murder than the murder of unborn babies. But more than that: These racial murders, as I said, represent generations of violence perpetrated against our Black brothers and sisters; this violence should burden the pro-life conscience as much as abortion does. But it does not seem to burden the president’s conscience.

Finally, here is another fact relevant to our voting deliberations. It is the most important fact of all. Mr. Trump rarely appeals to the “better angels of our nature” but almost always appeals to our darker demons. When has he ever appealed to the noble ideals on which the U.S. is founded? When did he ever wax eloquent on the proposition that “all men are created equal”? When did he ever deplore the fact that we often fall short of our founding ideals? When did he ever call us to repentance for our national sins, as President Lincoln did in 1863?

Mr. Trump rarely appeals to the “better angels of our nature” but almost always appeals to our darker demons.

President Trump simply does not live in this moral universe within which our national history has unfolded. When he speaks of American “greatness” he is speaking not of the high moral ideals of our founding but of keeping foreigners out, of not being taken advantage of by China and of making Germany pay its “fair share” of the NATO defense of Europe. When he criticizes a political opponent he almost never makes the argument that the opponent has betrayed some important ideal of our nation; he rather insults the opponent, calling him or her “a loser” or ridiculing him or her as he ridiculed the dying Senator John McCain.

Peter Wehner has well argued that Mr. Trump sounds more like a follower of Nietzsche than of Christ; like Nietzsche, Mr. Trump lives by the “will to power” (that is, wanting above all else to be the winner and to trample on the loser) and is largely unmoved by the “will to truth.” Mr. Wehner’s analysis helps us to see that what is at stake in Trumpism is something far more ominous than the fact that Mr. Trump is “obnoxious” or “embarrassing. Of particular concern: The president seems to encourage violence against his political enemies.

I grant that the president seems to speak of our higher moral ideals when he defends the unborn, as he did at the March for Life. The amorality I mentioned seems to give way for a moment to something higher. But still, the amorality dominates his words and deeds, as we can see by setting aside the speeches that other people write for him and examining his tweets: The voice of the Nietzschean Trump can be heard throughout his tweets.

When I vote in the upcoming election, do I have to ignore the amorality of Mr. Trump simply because he appoints conservative judges and supports pro-life measures? Is the evil of abortion so great that our duty to resist it outweighs our duty to resist the brutalization of our public life that derives from Mr. Trump? Could it be that what we might call his “systemic amorality” (that is, an amorality that permeates his deeds, his utterances, his omissions, his unguarded reactions) makes him morally toxic for the whole country? Could it be, in a word, that we lose more in the long run than we gain for the pro-life cause by binding that cause to him? Pro-life voters have to take these questions seriously before voting for Mr. Trump, and they have to run the risk that the answers may keep them from voting for him.

I am not defending a vote for Mr. Biden. I can just as well put my analysis in the service of other voting strategies, such as voting for a third-party candidate. What I want to say to the partisans of Mr. Trump is this: Beware of being so fixed on life issues that you accept too much collateral damage to our institutions and our traditions. Disrupting the rule of law in our body politic or lending support to a malignant racism or disseminating the poison of amorality are not “secondary issues about which good people can disagree” but are as important as any of the issues that we take into our electoral deliberations. 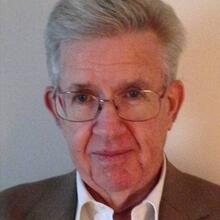 John F. Crosby is a professor of philosophy at the Franciscan University of Steubenville in Ohio.