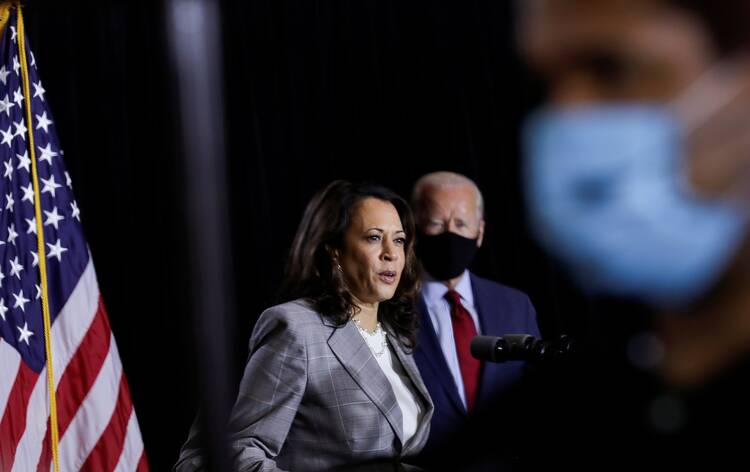 This essay is a response to “Electing Republicans has not reversed Roe v. Wade. It's time to change strategy” by William T. Cavanaugh.

First, what factors effectively reduce abortions? Well, having a Democrat in the White House is not one of them. The abortion rate has fallen steadily since 1980, regardless of which party has been in power, and is now about half what it was then—with the greatest reduction among teenagers, who have recently shown a sharp decline in sexual activity. But teen abstinence is not a priority of the Democratic Party; instead, it works to expand contraceptive programs, whose record is mixed at best.

To be sure, between Bill Clinton’s vetoes of a popular ban on partial-birth abortion in 1996 and 1997, Gallup reported that the percentage of Americans wanting abortion legal for any reason dropped to 22 percent, its lowest level in 12 years. (You can download monthly data at the end of the Gallup post.) Mr. Clinton’s insistence on defending this grotesque procedure kept Americans’ attention on an appalling example of what abortion is. Perhaps some women also turned away from the abortion clinics. But that is hardly to his credit.

Modest “incremental” pro-life laws do reduce abortions. These have been upheld even by disappointing Republican nominees to the Supreme Court.

Modest “incremental” pro-life laws do reduce abortions. These have been upheld even by disappointing Republican nominees to the Supreme Court like Sandra Day O’Connor and Anthony Kennedy and opposed by justices nominated by Democratic presidents since Mr. Clinton—a trend that Joe Biden pledges to continue. Especially important are bans on the public funding of abortion. A 2009 literature review by the Guttmacher Institute, an ally of Planned Parenthood, found that funding bans reduce abortions by about 25 percent. Another study based on 2000-01 data found that women poor enough to be on Medicaid have double the abortion rate of other women in their state—and if the state Medicaid program funds elective abortions, their abortion rate doubles again.

President Trump supports the federal funding ban, known as the Hyde Amendment, and like past Republican presidents has pledged to veto a bill that would restore abortion funding. Mr. Biden now says he supports repealing Hyde, restoring a policy under which federal taxes subsidized almost 300,000 abortions in the year before Hyde was implemented in 1977. And 34 states that now follow Hyde’s example would be forced to fund abortions with state tax dollars under Medicaid’s requirement that states comply with the federal list of benefits. Because women of color are over-represented among the poor, their children would be disproportionately targeted by this change in policy.

I agree that caring assistance for women with unexpected pregnancies can help them and save their children. But Mr. Biden’s running mate, Kamala Harris, as California’s attorney general enthusiastically supported a state law forcing pro-life pregnancy centers to post signs telling clients where to get abortions—and she persuaded lower federal courts to uphold the law. Five Supreme Court justices nominated by Mr. Trump and other Republican presidents overturned that coercive law in 2018.

Second, I agree that reversing a Supreme Court decision of Roe’s magnitude seems an agonizingly slow process. But Roe may yet die a death by a thousand cuts, like the school segregation decision of 1896 that, through careful stepwise efforts by Thurgood Marshall and others, was reversed 58 years later. George W. Bush’s signing of the partial-birth abortion ban in 2003 and the court’s decision upholding it in 2007—with Mr. Kennedy writing the majority opinion, joined by four other Republican nominees—was such a step. It allowed an actual ban on an abortion procedure and reaffirmed the government’s “legitimate interests in regulating the medical profession in order to promote respect for life, including life of the unborn.” Pending proposals include a ban on abortions after 20 weeks of pregnancy and a requirement that children born alive during an attempted abortion receive basic care—bills now blocked by a filibuster by Ms. Harris and other Democrats in the Senate, meaning they must get a super-majority of 60 votes to pass.

Third, President Trump has not only reinstated past presidents’ pro-life executive actions but improved on them. He is the first president since Roe to appoint only Supreme Court justices who uphold pro-life laws. He has clarified federal laws protecting conscientious objection to abortion, which had been misinterpreted into near-uselessness by the Obama administration, and created a new division in the Department of Health and Human Services’ Office for Civil Rights to implement these laws. He is expanding the Reagan/Bush “Mexico City policy,” which denies family planning funds to groups that perform and promote elective abortions in developing nations, so the policy covers a wider range of global health programs—an improvement pro-life groups had begged of George W. Bush in vain.

Fourth, and tragically, the Democratic candidates have followed the pro-abortion movement into an agenda of breathtaking extremism. This shift is dramatized by Planned Parenthood’s 2013 decision to abandon the term “pro-choice,” instead working to ensure ready “access” to abortion as essential health care. This demands public funding and an end to what the group calls “refusal clauses” that allow Americans to choose not to be involved in abortion.

Senator Harris co-sponsors legislation (S. 758) requiring coverage of elective abortions throughout pregnancy in all federal health programs and the provision of these abortions by the federal government’s health facilities and “facilities with which it contracts to provide medical care.” This seems to eject Catholic hospitals from Medicaid and Medicare. It also attacks laws in half the states that limit abortion coverage in private health plans, laws explicitly allowed by President Obama when he signed the Affordable Care Act.

Mr. Biden says he supports legislation to “codify Roe v. Wade.” State laws that may have the effect of delaying an abortion or reducing easy access would be attacked.

Mr. Biden says he supports legislation to “codify Roe v. Wade,” an effort sponsored by Ms. Harris in the Senate (S. 1645). Ms. Harris’s legislation goes far beyond Roe, subjecting incremental state laws to lawsuits filed by the U.S. attorney general. And Mr. Biden’s campaign says his Justice Department would “do everything in its power” to nullify state laws on parental notification, waiting periods, clinic regulations and requirements that women seeking abortions be offered ultrasound procedures. State laws that may have the effect of delaying an abortion or reducing easy access would be attacked. The Religious Freedom Restoration Act—once widely supported by Democrats and signed by Bill Clinton—along with conscience laws would be overridden if they conflict with this agenda. Even laws that protect women’s safety in abortion clinics would be overturned unless supporters can prove by “clear and convincing evidence” (in the language of Ms. Harris’s bill) that no less restrictive alternative can serve that goal. Abortion would have more rights than women do.

Mr. Biden also pledges that in his first hundred days he will sign the so-called Equality Act (H.R. 5, S. 788), already approved by the Democratic-controlled House. Though widely described as a vehicle for L.G.B.T. rights, it also defines “sex” to include “pregnancy, childbirth, or a related medical condition” and demands that “these shall not receive less favorable treatment than other physical conditions.” Past federal legislation against pregnancy discrimination has not required institutions to provide abortions or violate their religious tenets; such accommodations are absent here, and like S. 1645, this law explicitly overrides the R.F.R.A.

In this essay I am not assessing the overall record or suitability of these candidates. But it is clear that the Trump-Pence administration will seek to reduce abortions and make further progress against Roe v. Wade, while Mr. Biden and Ms. Harris would greatly expand the killing of the unborn, require government to treat abortion as a positive good and pose an existential threat to Catholic and other caring institutions that respect innocent human life. Among Catholics, pledged to defend those with no voice of their own, that should count for something.

[Read this next: If Joe Biden wins, what does that mean for abortion policies?] 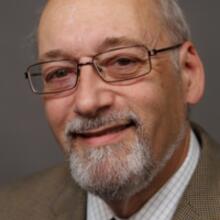 Richard M. Doerflinger worked for 36 years at the Secretariat of Pro-Life Activities, U.S. Conference of Catholic Bishops. He is a Fellow at the University of Notre Dame’s de Nicola Center for Ethics and Culture.