Despite pandemic, Brazilians mark annual Cry of the Excluded

Despite pandemic, Brazilians mark annual Cry of the Excluded 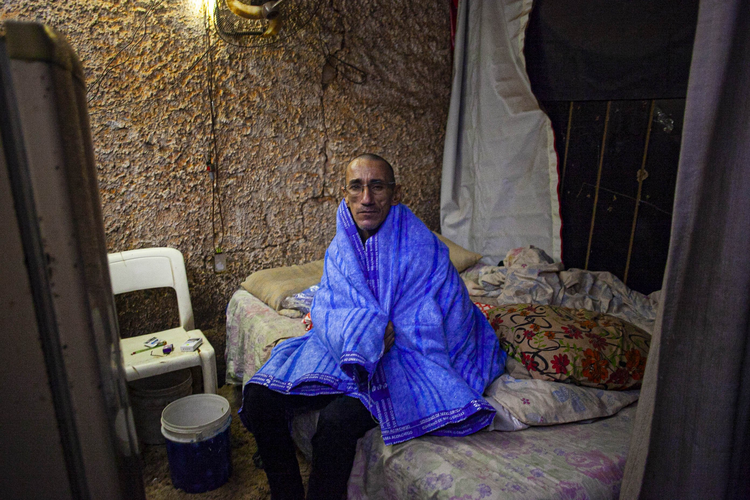 A man sits inside his dwelling in Mato Grosso, Brazil, Aug. 28, 2020. "Enough of misery, prejudice and repression! We want work, land, housing and participation!" was the theme of this year's Cry of the Excluded, sponsored by the Brazilian bishops’ conference. (CNS photo, ECLAC, Latin American News Agency via Reuters)

SAO PAULO (CNS) -- The fight against poverty and social inequalities, as well as harsh criticism of President Jair Bolsonaro's handling of the COVID-19 pandemic dictated this year's Cry of the Excluded protests.

Despite the ongoing pandemic, several cities had live demonstrations Sept. 7 to mark the annual event, sponsored by the Brazilian bishops' conference.

"We are in difficult times. The coronavirus pandemic (COVID-19) has already killed thousands of people; thousands of families are suffering from having lost loved ones. Unfortunately, there is an omission on the part of the Brazilian government, unwillingness to resolve health issues," stated this year's letter to Catholics from the bishops. This year's motto was "Enough of misery, prejudice and repression! We want work, land, housing and participation!"

Protests were held in at least 15 of the 27 Brazilian states, and many dioceses held virtual events to mark the occasion, already in its 26th year. Protesters also participated in religious celebrations, held meetings with the homeless, distributed food baskets and hygiene materials and planted trees.

"We were expecting 150 people in São Paulo, but we had 600, all maintaining social distancing, of course," Raimundo Bonfim, national coordinator of the Popular Movement Center, told journalists.

In the nation's capital, Brasilia, a group of around 200 people, all wearing protective gear, demonstrated against gender-based violence, corruption and violence against Blacks.

"The working people are the ones who create and produce all the wealth. That is why we have to send the message that, in any circumstance, we have to follow a mission: the mission of building a fair world with quality of life for everyone," said Archbishop Orlando Brandes of Aparecida during his sermon in the city's cathedral.

The Cry of the Excluded was held for the first time Sept. 7, 1995, in 170 locations. Since then, the movement has grown, with participation in up to 350 cities and 27 states throughout Brazil.

"More than an articulation, the Cry is a process, a popular manifestation full of symbolism, which integrates people, groups, entities, churches and social movements committed to the causes of the excluded. It springs from the ground, is ecumenical and lived in the practice of popular struggles for rights," says part of the historical document about the events.