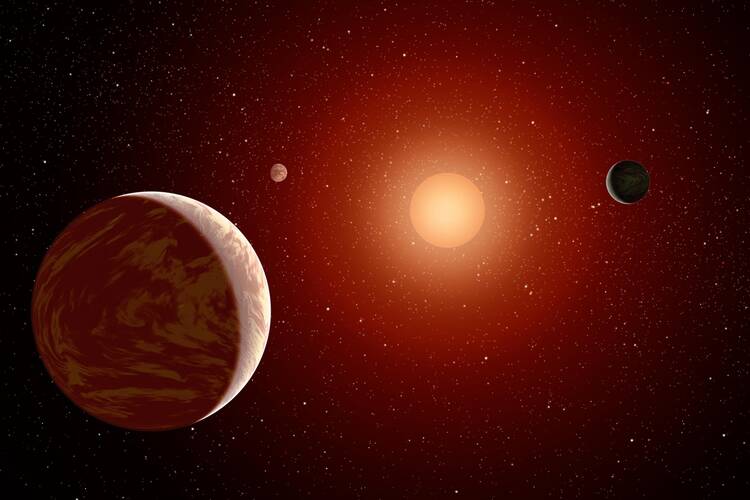 VATICAN CITY (CNS) — Astronomers construct and play with a variety of mathematical models, and one popular model looks at how likely it is that civilizations on different planets could end up contacting each other.

Scientists have proposed various simulations and predictions, and now a Jesuit astronomer and former director of the Vatican Observatory has co-authored a study offering a new set of results.

Jesuit Father Jose Funes, an expert in galaxies and extragalactic astronomy, together with fellow Argentinians Luciana Gramajo and lead author Marcelo Lares, have addressed the problem of “estimating the probabilities of causal contacts between civilizations in the galaxy” in a paper published in the International Journal of Astrobiology Aug. 11.

It’s a long-standing puzzle, stemming from a conversation in the summer of 1950 among a group of physicists who were wondering: If there is such a high probability of life existing elsewhere in the universe, then, as Enrico Fermi was alleged to have said, “Where is everybody?”

The so-called Fermi paradox led Frank Drake to formulate what became known as the Drake equation — a series of factors used for quantifying “the number of civilizations from whom we might receive an electromagnetic signal,” the new study said.

Over the decades, more scientists attempted to explain this paradox with new propositions and statistical approaches, including the new study that was part of the multidisciplinary think-tank initiative, “OTHER,” which is directed by Father Funes.

The Jesuit priest is also the chair in science, religion and education at the Catholic University of Cordoba, Argentina, and serves on the advisory council of METI International; METI or Messaging Extraterrestrial Intelligence is part of the search for extraterrestrial intelligence, or SETI.

Because there is no empirical evidence of intelligent life existing on other planets, scientists must stick to the theoretical world of statistical models and methods.

Father Funes told Catholic News Service Aug. 25, “Our model is a very simple one, but it gives a realistic perspective on what to expect for a first contact with an ET civilization.”

“Our paper suggests that though the odds are not very high, there is a chance to communicate with ET,” he said in an email response to questions.

According to Lares, the “OTHER” research team developed a simplified model using just three parameters based on the three questions: how rare is it for a civilization to come into being; how long does a civilization last; and how far can a signal emitted by one civilization be detected by another?

Why are so many craters on the moon named after Jesuits?
William Critchley-Menor, S.J.

This Jesuit curates meteorites for the Vatican Observatory. Here’s what a typical day is like.
James Ramos - Catholic News Service

The group then developed and ran more than 150,000 computational simulations that plug in those three variables to make thousands of different scenarios, Lares said in an interview published Aug. 19 on the website of the Institute of Theoretical and Experimental Astronomy in Cordoba where he works.

The different models use different values, ranging from pessimistic to optimistic, with civilizations — called nodes — that crop up frequently, last a long time and have the technological capability and compatibility to emit and receive signals at great distances.

Their research concluded that the huge distances between points in the galaxy and the limited lifespan of civilizations at their most advanced stages, for example, lasting just 100 years, could explain why there would be no detection of signals from extraterrestrial civilizations.

The only scenario with a greater possibility for civilizations to contact each other is within a densely populated area of the galaxy and where advanced civilizations last a long time; those chances increase with an increase in the number of intelligent civilizations with the required technology for interstellar communication, the 13-page study said.

The maximum probability of making contact, however, depends more on the duration of an advanced civilization with the right technology rather than the number of active civilizations, it added.

The study, it said, was a theoretical description of possible communication networks and did not predict the odds for Earth making contact with another civilization.

The research team said this supports hypotheses that “in order to increase the possibilities of contact, more active strategies of the emitter would be required,” such as interstellar exploration, colonization, settlements, “self-replicating probes” and directed panspermia — that is, intentionally “seeding” planetary systems with microorganisms.

All the strategies would still require very large timescales, which also explain the Fermi paradox, it added.

“All this effort in studying probabilities and communicating with alien civilizations helps to understand better who we are,” Father Funes said. “It is important to step out from our anthropomorphic and anthropocentric way of thinking to deal with a very profound diversity, the cosmic otherness.”

1
Canadians are losing patience with the unvaccinated — and the Catholic Church is sending mixed signals
David Agren
2
Dorothy Day said we are all called to be saints. So why didn’t she want us to officially name her one?
James T. Keane
3
After racist comments, Catholic University replaces stolen icon depicting Black Mary and Jesus
Rhina Guidos - Catholic News Service
4
Gun Control is a Pro-Life Issue
James Martin, S.J.
5
Why do so many Jesuits love Stephen Sondheim? His art was a costly vocation.
Jim McDermott 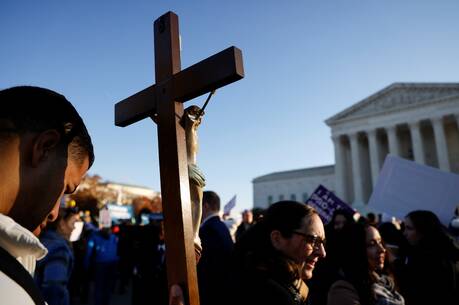 Supreme Court shows a willingness to weaken Roe v. Wade—but its ultimate fate is unclear
In the Supreme Court’s first major abortion case in decades the majority of justices Dec. 1 seemed willing to let that ban stay in place. But it was unclear if they would take this further and overturn Roe.
Carol Zimmermann - Catholic News Service December 01, 2021 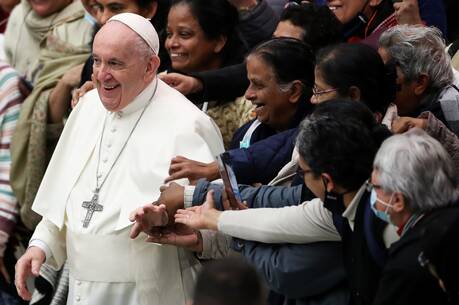 Pope Francis: Never go to bed angry at your spouse (the example of Mary and Joseph can help)
“We fought. My God, I said bad words. I said awful things. But now, to finish the day, I must make peace”. You know why? Because the cold war the next day is very dangerous.
Pope FrancisDecember 01, 2021 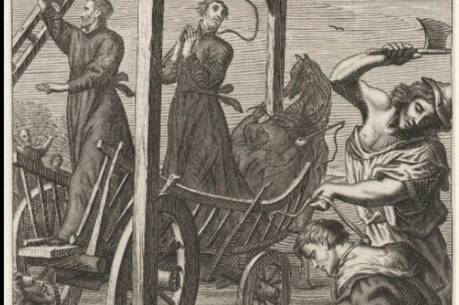 The Queen’s Musician William Byrd On the Execution of Edmund Campion December 1, 1581
I heard song, whilst he suffered his trials
Daniel ReardonDecember 01, 2021 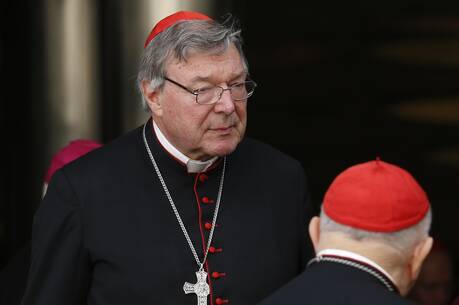 Cardinal Pell says prison helped him understand Christ’s suffering
Cardinal George Pell, jailed for more than a year for sex abuse crimes he ultimately was cleared of, said the experience enabled him to understand suffering as a redemptive process that allows one to identify closely with Christ.
Jeff Grant – Catholic News ServiceDecember 01, 2021