Without quick action, Covid-19 will create a global hunger crisis by the end of 2020 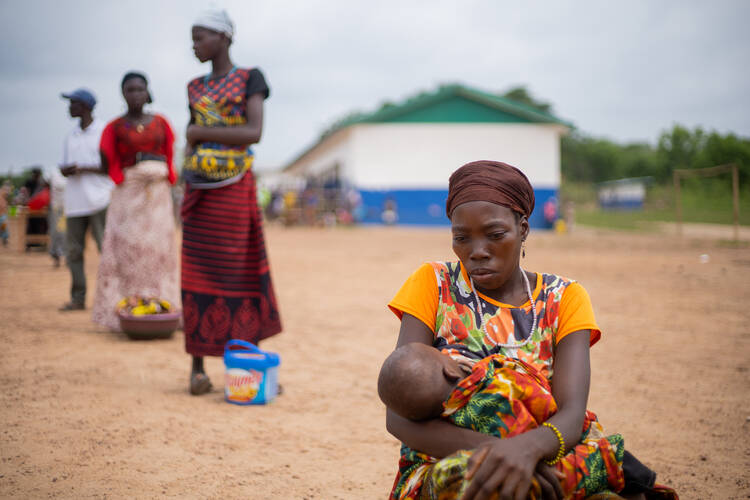 As Covid-19 continues to stalk the globe, food insecurity in vulnerable societies has begun to rise. Guatemalans have been advised by the government to signal that they need food by walking to the nearest main road and waving a white flag. According to Bill O’Keefe, the executive vice president for mission and mobilization at Catholic Relief Services, C.R.S. teams frequently encountered those makeshift distress signals along Guatemala’s roadways this summer.

A hunger crisis, predicted to get much worse by the fall, is already beginning in Guatemala because of the loss of income caused by pandemic lockdowns and the related disruption of food production and distribution systems. Even before Covid-19 struck, Somalia was contending with drought and a locust infestation that decimated crop yields. The pandemic has also disrupted global shipping, an acute threat to a nation that is largely dependent on food imports. Hunger in Somalia, Mr. O’Keefe fears, is likely to get much worse. “Covid comes on top of other things that are going on; and in the most fragile places, where this breakdown in food systems is happening, there are already serious problems,” he said.

Women, children, elderly people, Indigenous populations and migrants will be among those suffering the most.

Food insecurity has been on the rise for years even before the pandemic, according to researchers at the United Nations World Food Program, because of conflict, climate change and economic downturns. Now they report that at least 25 countries around the world face acute food insecurity because of Covid-19.

While the greatest concentration of need is in Africa, according to the Early Warning Analysis of Acute Food Security Hotspots, compiled by the W.F.P. and the U.N.’s Food and Agriculture Organization, countries in Latin America, the Caribbean, the Middle East and Asia also face dangerous levels of food insecurity.

“Three months ago at the U.N. Security Council, I told world leaders that we ran the risk of a famine of biblical proportions,” said David Beasley, W.F.P.’s executive director, speaking to the press on July 17. “Our latest data tell us that since then, millions of the world’s very poorest families have been forced even closer to the abyss. Livelihoods are being destroyed at an unprecedented rate, and now their lives are in imminent danger from starvation.

“If we do not act now to end this pandemic of human suffering, many people will die.”

“Make no mistake,” he warned. “If we do not act now to end this pandemic of human suffering, many people will die.”

The number of acutely food-insecure people could increase from an estimated 149 million pre-Covid-19 to 270 million before the end of the year if life-saving assistance is not provided quickly, W.F.P. officials said. U.N. officials are seeking $5 billion from donor states to reach up to 138 million people with food assistance, an effort that represents the biggest mobilization in the organization’s history.

According to other U.N. estimates, up to 6,000 children could die every day from preventable causes before the end of the year as a result of pandemic-related disruptions to essential health and nutrition services.

Dr. Charles Owubah, the chief executive officer of Action Against Hunger, urged a dramatic response to the looming crisis. “The world must act now to help the most vulnerable both from Covid-19 itself but also from the secondary impacts of Covid-19,” he said, commenting in an email. “Communities could be pushed beyond the brink; we’re concerned not only about Covid-19 itself, but the pandemic’s secondary effects that could increase poverty and hunger to levels we have not seen for decades.”

The pandemic has already led to a spike in food prices in Guatemala and other states with high rates of food insecurity.

“Acutely food insecure” may sound like bloodless bureaucratic jargon, but behind the expression lurks profound human suffering. Mr. O’Keefe explained that W.F.P. officials are trying to sound an alarm as accurately and comprehensively as possible. The expression is meant to describe broad hunger conditions that could mean anything from outright starvation in some nations to chronic, gnawing hunger that can contribute to social and personal breakdowns.

In practical terms, he said, acute food insecurity means the inability to produce or purchase enough food to meet daily dietary needs. “That means having to skip meals. It means going to bed hungry; it means relying on a less diverse diet, on less expensive staples. It means having to sell your livestock and other productive assets; it means selling your future to survive now.”

The world’s hungry, he said, will be increasingly susceptible to a variety of short- and long-term health and developmental threats, including depressed immune systems (a special concern during the pandemic) and, among chronically undernourished children, stunted growth and thwarted brain development. The impact could be permanent on children and catastrophic on adults, he said.

The pandemic has already led to a spike in food prices in Guatemala and other states with high rates of food insecurity. Because of the coronavirus, “many people who rely on seasonal labor have been unable to get those jobs,” Mr. O’Keefe said.

The U.N. has been seeking $10 billion in emergency funding to confront Covid-19; by the end of July just $2.5 billion had been pledged or received.

Almost two billion workers—two-thirds of the world’s labor force—are employed in the informal economy, according to the U.N.’s International Labor Organization. Those workers typically fall outside national unemployment relief policies and now face an 82 percent decline in income because of lockdowns and other restrictions propelled by the pandemic.

Remittances from workers in the United States have traditionally been a lifeline to their relatives in Central America; but with many of those U.S.-based family members unable to work because of Covid-19 restrictions, that crucial income stream has dried up, he added. As a result, farmers in Guatemala, for example, have been selling cattle and productive assets that may put food on their table now but will mean greater impoverishment by the next growing season.

U.N. officials predict that women, children, elderly people, Indigenous populations and people on the move—refugees, displaced people and migrants—will be among those suffering the most by the end of the year. According to the W.F.P. report, “The urban poor living in densely populated areas, and households depending on the informal sector (both rural and urban), are expected to be among the hardest hit.”

The report adds: “For children from already impoverished and food-insecure households, the negative effects of the crisis, including extended school closures and missing out on school meals, could have lifelong effects and further perpetuate the vicious cycle of poverty and inequality.”

“For children from already impoverished and food-insecure households, the negative effects of the crisis could have lifelong effects.”

As the pandemic continues, at times locking out millions around the world from work, donor funding for humanitarian and development needs has fallen across the board, according to Mr. O’Keefe. Americans may be too distracted by their own crises related to the pandemic to worry about its impact overseas.

“Many donors have told us they have been moved to help vulnerable communities outside the United States, since we are all in this pandemic together,” said Dr. Owubah. “But we don’t know what the fundraising landscape will look like later this year or next year. Given the continuing economic crisis in the United States, many individual donors are already stretched thin or are focused on their own families and communities. At the same time, given projections for rising poverty and hunger, we know that the world’s poorest communities will need even more support in the months to come.”

At the level of government response, Mr. O’Keefe has been gratified to see that international humanitarian aid has been part of the emergency response packages negotiated in the U.S. Congress as the impact of the pandemic on the global economy became clear. In addition, the European Union has mobilized nearly 16 billion euros in a comprehensive overseas response to the pandemic, and more aid is expected.

Since the beginning of the crisis in March, the U.S. State Department and the U.S. Agency for International Development have committed more than $1.5 billion in emergency health, humanitarian, economic and development assistance; but much more money has to be raised quickly to match the need, according to humanitarian groups. The U.N. has been seeking $10 billion in emergency funding to confront Covid-19; by the end of July just $2.5 billion had been pledged or received.

Mr. O’Keefe and other development and relief advocates are pressing for an additional $20 billion in overseas aid in the latest coronavirus relief package under discussion in Washington to assist the more than 70 percent of countries the Centers for Disease Control and Prevention describes as ill-equipped to handle the coronavirus. “I think most members of Congress understand that if we don’t deal with the pandemic outside our borders, we are never going to be able to deal with it inside our borders,” Mr. O’Keefe said. “That’s just the nature of a pandemic; this is going to cross borders.

“We’re not going to succeed here if we don’t succeed everywhere.”