Should access to a basic education be a constitutional right? 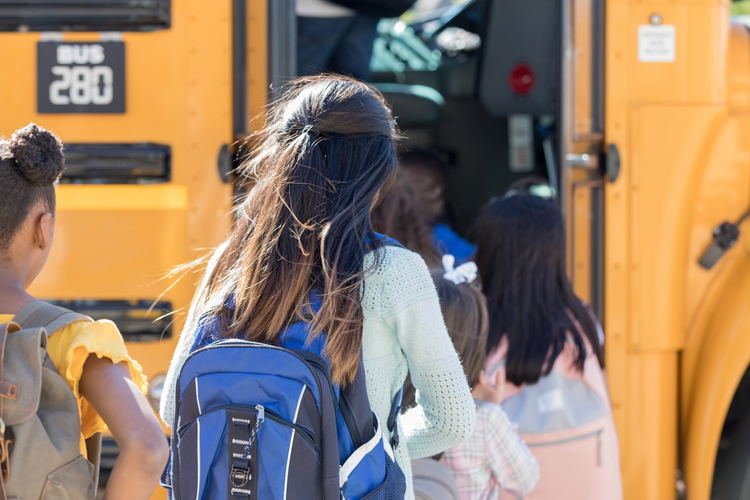 This spring a federal appeals court ruled that all children have a constitutional right to a “basic minimum education,” defined as “an education sufficient to provide access to a foundational level of literacy—the degree of comprehension needed for participation in our democracy.” This case and others like it point to systemic deficiencies in the delivery of basic education to low-income communities of color.

Gary B., et al v. Whitmer was initiated on behalf of students at five of the lowest-performing schools in Detroit. The plaintiffs did not claim racial bias, but the schools involved serve mainly low-income children of color. The case has since ended in a negotiated settlement in which the governor of Michigan has promised to introduce legislation that would provide more aid to Detroit schools and to advise other school districts on improving standards, along with other initiatives.

This case and others like it point to systemic deficiencies in the delivery of basic education to low-income communities of color.

In their suit, the plaintiffs described their experiences: “[C]lasses are covered by non-certificated paraprofessionals, substitutes, or misassigned teachers who lack any expertise or knowledge in the subject-matter of the course.” In one instance, “an eighth grade student was put in charge of teaching seventh and eighth grade math classes for a month because no math teacher was available.” Teacher turnover in some schools reached 50 percent in a year. Textbooks were commonly out-of-date and so heavily marked-up by previous students as to be unreadable.

The plaintiffs also said they had attended schools with falling plaster, black mold, contaminated drinking water and infestations of mice and cockroaches. How is it that we deplore the condition of Amazon’s warehouses, but we send our children into these schools?

Plaintiffs in Gary B., et al v. Whitmer stated that at one plaintiff’s school, just 4.2 percent of third-graders scored “proficient or above” in the state’s English assessment, compared to 46.0 percent of third-graders statewide. At another school, only 1.8 percent of 11th-graders were proficient in English at their grade level. These statistics have human consequences. A ninth-grade English Language Arts teacher spent a good part of the year reading paragraph by paragraph a novel with a third-grade reading level, because no more lexically advanced novel would have been readable by his students. When asked to read aloud in class, a number of students experienced enormous difficulty reading monosyllabic words.

How is it that we deplore the condition of Amazon’s warehouses, but we send our children into these schools?

We make a mockery of the words “equal justice” when we fail to provide literacy skills to all. In 1982, the U.S. Supreme Court ruled that the state of Texas could not withhold funds from school districts that were educating undocumented immigrants. Writing the 5-4 decision in Plyler v. Doe, Justice William J. Brennan Jr. concluded, “By denying these children a basic education, we deny them the ability to live within the structure of our civic institutions, and foreclose any realistic possibility that they will contribute in even the smallest way to the progress of our Nation.”

Justice Brennan was correct. How will a young man or woman learn that they are endowed by their creator with unalienable rights such as life, liberty and the pursuit of happiness—hardly a monosyllabic word in this—when they struggle to read words of one syllable? Who will hire, for any well-paying job, the one who cannot read or write?

Michigan’s constitution mandates “a system of free public elementary and secondary schools,” and many state constitutions have similar provisions. The appeals court decision from earlier this year clarified that the existence of local school districts does not absolve the state government from responsibility for education—especially if, as in this case of Detroit, the state had already intervened in the management of its public schools.

As the appellate court recognized, in many places the state and its school districts enjoy a near-monopoly in education. Some students are able to attend Catholic and other private schools serving low-income neighborhoods, but as the court said, “the state…is the only practical source of learning for the vast majority of students.” So the system rumbles on, sustained by ever-higher taxes paid directly or indirectly (through higher rents and increased income and sales taxes) by parents who find it difficult to escape.

The system rumbles on, sustained by ever-higher taxes paid directly or indirectly by parents who find it difficult to escape.

The Michigan case, and others like it, may eventually encourage a more needs-driven distribution of state funds among public school districts. Other solutions may involve tax-funded vouchers or scholarships to Catholic and other nonpublic schools, similar to the recently expanded program in Florida. Indeed, the possibility of school-choice options looks stronger after this spring’s U.S. Supreme Court ruling that overturned Montana’s policy of providing tax credits for students attending private schools but not religious schools—a ruling that may lead to the demise of “Blaine Amendments” in 38 states that prohibit aid to religious schools. For now, remember that Gary B., et al v. Whitmer addressed only the plaintiffs’ call for Michigan to provide access to a basic education, with the court affirming the right of access to basic education as a fundamental right protected by the U.S. Constitution.

Whatever happens with access to private schools, the systemic problems like those complained of in these Detroit public schools—a high turnover of employees, consistently poor testing outcomes, deficient building maintenance and unhealthy working conditions—call for new approaches to help children in low-income neighborhoods to achieve early literacy.

Many school systems presuppose that every child will arrive already knowing their colors and shapes, already appreciative of books and already accustomed to sharing and other classroom courtesies. These assumptions are often tested in low-income communities. So why do so many states offer pre-kindergarten programs as optional, when we know these foundational skills to be prerequisites for success? Why is the school calendar based on a long-ago need in agricultural areas for child labor in summer? There are many options for school reform, and they will be hotly debated.

Today some 20 percent of American adults lack basic literacy skills, according to the National Assessment of Adult Literacy Skills. Two-thirds of those adults were schooled in this country. As our nation seeks to correct systems and structures that foster inequities, a long series of federal court cases, including several Supreme Court decisions, point to a growing readiness to require states to afford all students access to a basic education, including literacy, as a constitutional right, while leaving the means and methods to be set by elected officials who answer to the state’s voters.

Joseph J. Dunn is a retired business executive, and the author of After One Hundred Years: Corporate Profits, Wealth, and American Society. He writes frequently on issues of economic justice.