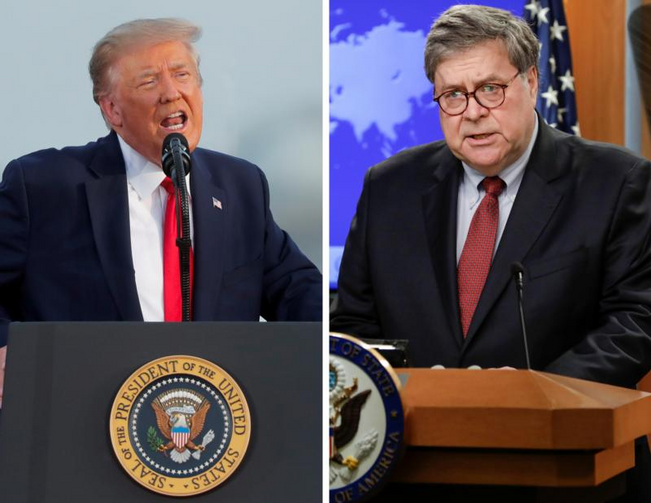 WASHINGTON (CNS) -- Over 1,000 religious leaders have signed a joint statement urging President Donald Trump and Attorney General William Barr to stop the executions scheduled to take place in July and August at the Federal Correctional Complex in Terre Haute, Indiana.

"As faith leaders from a diverse range of traditions, we call on President Trump and Attorney General Barr to stop the scheduled federal executions," the group said in the statement released July 7. "As our country grapples with the COVID 19 pandemic, an economic crisis, and systemic racism in the criminal legal system, we should be focused on protecting and preserving life, not carrying out executions."

The four men scheduled to be executed are: Daniel Lee on July 13; Wesley Purkey on July 15; Dustin Honken on July 17; and Keith Nelson on Aug. 28. The men were convicted of killing children in separate crimes.

Among the Catholic leaders signing on to the statement were: Archbishop Joseph E. Kurtz of Louisville, Kentucky; Bishop William F. Medley of Owensboro, Kentucky; retired Bishop Richard E. Pates of Des Moines, Iowa, who is apostolic administrator of the Diocese of Joliet, Illinois; Bishop Oscar A. Solis of Salt Lake City; Bishop Thomas R. Zinkula of Davenport, Iowa; and Jesuit Father Gregory Boyle, director of Homeboy Industries, an organization based in Los Angeles that provides training and support to formerly gang-involved and previously incarcerated men and women.

Other signatories included Episcopal and Methodist church leaders and the heads of other religious organizations.

Barr announced last year the federal government was reinstating the federal death penalty. At the same time, he said the executions would use a single drug instead of a three-drug protocol carried out in most recent federal executions and by several states.

The planned use of the one-drug method led to a court challenge by some of the federal death-row inmates. The lawsuit made its way to the Supreme Court, but the high court said June 29 it would not hear an appeal by the inmates challenging the method to be used in their upcoming executions, paving the way for the executions to proceed. Barr had announced the execution dates June 15.

"I am moved by the witness of the U.S. Catholic bishops, clergy, men and women religious, and people in the pews who are speaking out against the grievous restart of federal executions," said Krisanne Vaillancourt Murphy, executive director of Catholic Mobilizing Network, which released the faith leaders' statement.

"Their faithful advocacy sets a powerful example of what it means to be uncompromising in the defense of human dignity and the sanctity of life," she said.

Carlos Malave, executive director of Christian Churches Together, who was among the signers, said: "As an evangelical, I am heartbroken to see our country return to killing its citizens. We have seen so much death in recent months and people are hurting. Restarting executions during a pandemic should be the farthest thing from our minds."

Added Bishop Pates: "The church believes that just and necessary punishment must never exclude the dimension of hope and the goal of rehabilitation. Executions only perpetuate a deeply flawed and broken system that is counter to the Gospel call to honor the dignity of all human life."

Ian Alvano, Catholic News Service
@openpublish
Provide feedback on this article
Join the conversation: Login or create an account
Before you can comment, you need to update your profile to include your first and last name, as required in our comments policy. Then reload this page and you'll be set up for commenting. Update your profile