Just what is the truth about Norma McCorvey?

Just what is the truth about Norma McCorvey? 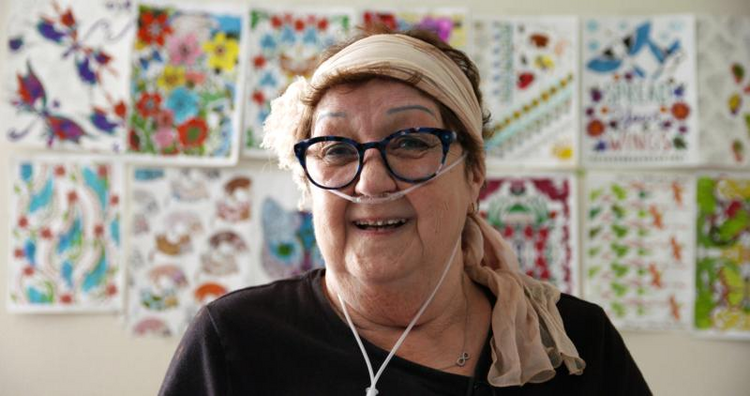 This is a scene from the documentary "AKA Jane Roe" streaming on Hulu. (CNS photo/courtesy FX Networks)

NEW YORK (CNS) -- The documentary "AKA Jane Roe" (FX, streaming on Hulu) is ostensibly a portrait of Norma McCorvey, the official but largely nominal plaintiff in the landmark 1973 Supreme Court case Roe v. Wade, the outcome of which was the legalization of abortion across the United States.

But the film's real purpose is to drop a bombshell.

In it, McCorvey -- who in later life became a prominent pro-life activist -- denies that she ever changed her mind on the subject. Instead, in what she characterizes as her "deathbed confession," McCorvey, who died in 2017 at age 69, alleges she was manipulated by the movement and paid to say what its leaders wanted her to.

While McCorvey's real outlook and motivation remain elusive, two things can be said with certainty: first, that she was a complicated person and second, that everyone interviewed for filmmaker Nick Sweeney's profile of McCorvey has an agenda of his or her own.

Outspoken and earthy, McCorvey endured a childhood marked by poverty, her mother's alcoholism, petty crime, a spell in reform school and sexual abuse. By the time of her third pregnancy in 1969, she was, according to her own account, living on the streets, addicted to booze and drugs.

Unable to face the prospect of having another child -- her daughter, Melissa, was being raised by her mother and her second child had been adopted -- McCorvey sought an illegal abortion. But she decided against going through with the procedure after seeing the unsanitary conditions in which it would be carried out.

An adoption attorney made her aware that two other lawyers, Linda Coffee and Sarah Weddington, were working to overturn her home state of Texas' abortion law. By the time the case was decided, she had long since given birth. Many people, McCorvey notes, are surprised to discover that she herself never had an abortion.

Her subsequent career working at an abortion facility came to an abrupt end, however, when, under the influence of the Rev. Flip Benham, a well-known pro-life figure, she converted to evangelical Christianity and was baptized. In 1998, McCorvey was received into the Catholic Church.

McCorvey obviously represented a significant asset to the pro-life movement and made many appearances on its behalf. But had her views really changed? That depends on whom you ask.

McCorvey's denial that she was ever opposed to legal abortion comes as belatedly welcome news to former allies such as attorney Gloria Allred and Charlotte Taft, identified here as an "abortion counselor." But it's also backed up by the Rev. Rob Schenck, who worked with McCorvey after her apparent about-face but claims to have entertained doubts as to her pro-life bona fides.

Yet, although he remains an evangelical minister, Rev. Schenck, as the documentary eventually makes clear, no longer supports overturning Roe v. Wade, believing that the result of such a development would be "chaos." Rev. Benham, who remains pro-life, by contrast, contests McCorvey's assertions.

While balanced in its portrayal of the many aspects of McCorvey's complex personality, "AKA Jane Roe" is quite unfair in its treatment of the pro-life movement and its members.

They are portrayed as clamoring, verbally abusive extremists and the rare instances in which a tiny minority of misguided opponents of legal abortion have resorted to violence are deliberately magnified. Taft, seen in archival footage, says of pro-life adherents, "What they have done is, over and over, used terrorism, fear tactics."

The sincerity of McCorvey's religious conversion does not seem in doubt, if only because one of its consequences, as related here, was the transformation of her longtime sexual relationship with Connie Gonzales, a woman she met while Roe was still making its way through the courts, into a platonic friendship.

McCorvey also had several religious symbols, including an image of the Sacred Heart, hanging on the walls of her nursing home room. With perhaps more than merely her characteristic flippancy, she identifies Jesus as "my boyfriend." The pillow of her deathbed -- she is seen bidding goodbye to Melissa and two granddaughters -- was adorned with a rosary.

But what of her moral and political views? Perhaps the last word should be left to McCorvey herself. "I am a good actress," she says, speaking of her pro-life speeches and activities. "Of course, I'm not acting now."

Provide feedback on this article
Join the conversation: Login or create an account
Before you can comment, you need to update your profile to include your first and last name, as required in our comments policy. Then reload this page and you'll be set up for commenting. Update your profile
Advertisement
More: Abortion / Pro-Life / US Politics