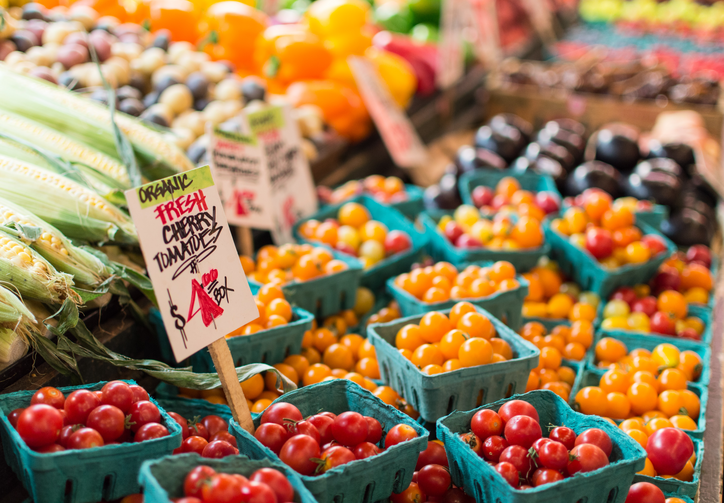 Photo by Anne Preble on Unsplash

The Covid-19 global pandemic has disrupted food production on farms and in packing and processing plants as workers take sick leave and resort to strikes to demand better conditions. For now, there is plenty of food for the nation’s dinner tables, even if some farmers had to dump crops and commodities and euthanize animals they could not sell as states began a rolling national lockdown in March and April.

But experts expect acute shortages in certain food products, especially processed meat, in the near term, and poor countries could face broad shortages, according to the United Nations’ Food and Agriculture Organization.

An unemployment crisis that has thrown almost 40 million Americans out of work has vastly and abruptly expanded the number of U.S. residents who need food assistance. But the biggest threats to food systems are a reduction in supply caused by labor shortages and volatile demand that make it hard to run a food-related business. Heavily mechanized crops like corn and wheat face fewer disruptions, but from coffee beans in Brazil and mangoes in India to meat in the United States and tomatoes in Europe, anything that needs picking, plucking, cutting and carving by human hands is at risk.

And things could get much worse. A 2015 paper published in the Journal for Environmental Studies warned if a pandemic were to continue for over a year, global food systems could be crippled. The World Health Organization has warned of food shortages, and the U.N.’s World Food Program has said that acute food insecurity could hit dozens of countries by the end of 2020, putting over 265 million people at risk of starvation.

The pandemic will not prove to be an existential threat, but it is likely to change what and how Americans buy and eat. U.S. consumers may be forced to buy food closer to where it is grown or processed. They might lose access to avocados and mangoes imported from afar and marketed year-round. In that disruption, however, there is an opportunity to adapt consumer habits to align more closely to some of the precepts on consumption that derive from Catholic Social Teaching, say theologians.

The pandemic will not prove to be an existential threat, but it is likely to change what and how Americans buy and eat. They may be forced to buy food closer to where it is grown or processed.

“Commodity chains hide the relationships that sustain us,” said Vincent J. Miller, a professor of theology at the University of Dayton. Contemporary life in the United States obscures the experience of the agricultural and food processing workers who maintain “the conditions for our survival.”

Deprived of that knowledge, it is hard to develop a moral concern for the people who manage the supply lines, Mr. Miller said. “There’s a sacramental advantage to be in more direct relationship with people who produce our food,” he said.

That pandemic-enforced transition from global to local has already affected a small community in Winthrop, Minn., 90 minutes west of Minneapolis.

At the Sloot Family Farm, Harry Sloot faced a dilemma. His main customers, including Tyson Foods, were not buying his hogs. As workers fell ill to Covid-19 and processing facilities had to be decontaminated, processors had been forced to shut down or slow operations.

Mr. Sloot decided he had to change his small piece of the U.S. food supply chain. He found a Mennonite business in Wisconsin that could kill and skin his hogs and then outsourced the cutting to smaller processors. His daughter created a website. In a week, the Sloots sold the meat from around 600 hogs right to consumers—many through their Catholic church community.

“We’re getting a lot of contact from customers who want to source their food directly,” Mr. Sloot said. “It got people’s attention when they went to the grocery store and saw empty shelves. It’s one thing to run out of toilet paper; it’s another when you can’t feed your family anymore. They want to make sure they know where they can find their food.”

Local sourcing may be more expensive, but consumers might want to reflect on the true costs of cheap food.

But as local food markets are resurrected, corporate restaurants that depend on long, intricate agribusiness conduits have sometimes struggled to locate supplies and staff all their outlets. In early May, over 1,000 Wendy’s restaurants, 18 percent of its fleet, ran out of beef or other meat items, according to a report from the privately held financial services firm Stephens, Inc.

On May 6, Wendy’s CEO Todd Penegor told analysts that “beef suppliers across North America are currently facing production challenges” and that “because of this, some of our menu items may be in short supply from time to time.” Even chains that have fared better say they are having to adjust to issues caused by Covid-19.

As furious customers were turned away from a number of restaurants around the country without the dinners they ordered on Mothers Day, Red Lobster spokesperson Nicole Bott said the company had been forced to make “adjustments based on a variety of factors, including supply and demand” and “changes to our menu and seasonality.”

But could a lockout from a chain restaurant supplied from afar turn out to be a good thing? Julie Hanlon Rubio, a professor of Christian social ethics, described a familiar concept out of Catholic Social Teaching. Subsidiarity, she said, is “the idea of solving problems at the lowest level possible and the highest level necessary.”

“Smaller communities are more human,” she said, “and it’s worth talking about what we can retain from this crisis.” Local sourcing may be more expensive, she said, but consumers might want to reflect on the true costs of cheap food.

Could a lockout from a chain restaurant supplied from afar turn out to be a good thing?

While that cultural dialogue plays out, restaurants are getting crushed by the crisis. The restaurant industry is expected to lose $240 billion this year, according to The Daily Meal, a trade journal. That loss represents a huge challenge for the processors and suppliers who deliver to restaurants. Over two-thirds of U.S. seafood is consumed in restaurants, for example, so fishing companies and their market mediators have been forced to find new options for sales.

Instead of dining out, Americans are eating at home. That has meant a boom for grocery stores and raised pressure on farms to produce more store-shelf staples.

Sweet corn “is going to supermarkets, and that means increased work hours,” says Antonio Tovar, executive director of the Farmworker Association of Florida. “Growers were concerned that their operations would get shut down, so they were harvesting everything as fast as possible.”

And when the pandemic first hit in March, people started panic-buying grocery staples like apples.

Sean Gilbert, who owns a 4,000-acre fruit farm in eastern Washington, said apple sales briefly doubled this spring because of those stockpiling runs at supermarkets. Since that time, sales have lagged 20 percent behind prior years. International sales have declined significantly. “The export markets are completely out of whack,” said Mr. Gilbert.

Buyers in markets like India “are less likely to order fruit with a 40-day lead time” since demand is so uncertain and a stronger dollar makes U.S. exports more expensive. The volatility creates planning headaches for suppliers and could lead to spot shortages.

Mr. Gilbert is also worried that new federal guidelines to respond to the pandemic will mean that he will hire significantly fewer workers. In a typical picking season migrant laborers share bunkrooms, close-quarter lodging now prohibited because of new requirements for social distancing. “So I’ll basically get to hire half as many workers,” he said. “And in the plant we’re having to keep people six feet apart.”

Those emergency labor conditions may mean shortages could result in agricultural sectors that are not as mechanized and typically rely on a lot of workers each harvest. Most affected could be winter crops like cabbages, cauliflowers, pepper, broccoli and citrus fruits, said Juanita Valdez-Cox, a former farmworker who is the executive director of La Union del Pueblo Entero, which represents farmworkers in Texas.

Ms. Valdez-Cox and other farmworker groups say the pandemic has highlighted existing concerns about farmworker pay and health care. Although scarcity should mean wages go up, profits seem to “never get passed down to the people making the food,” said Jessica Culley of the Farmworkers Support Committee, which operates on the East Coast.

On the supply side, the pandemic has thrown tens of millions of people out of work. That has created food security issues for people not used to having them. “We’re used to helping people in the downtown area, but lately, we’ve been helping people in the suburbs too,” said Adam Stickle, a home builder and contractor who has been leading a food drive at his Catholic parish north of Pittsburgh.

He and his family raised money to pay for and distribute over 7,500 bagged meals. “Because of people losing their jobs, you have people going from not needing a food pantry to where they can’t get enough [food from one].”