Keeping baseball alive in the time of coronavirus 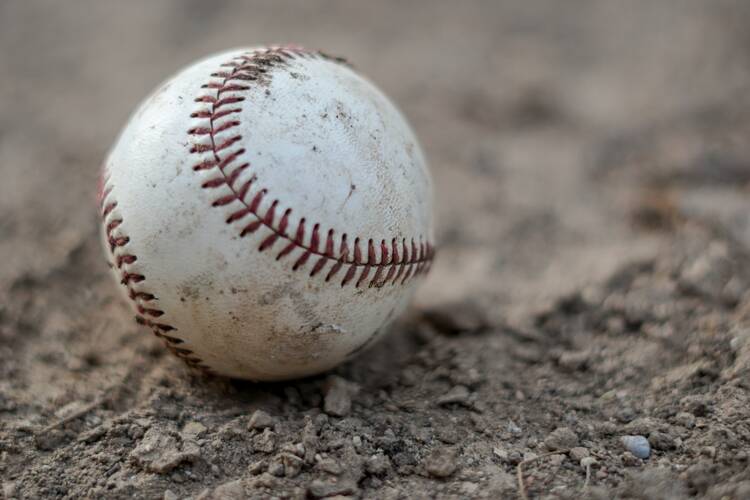 Photo by Thomas Park on Unsplash

For the first time in our lifetimes, Major League Baseball has suspended Opening Day until after April.

The coronavirus pandemic stay-at-home shutdown is upending the mass spectating culture and big business around our professional sports and arts.

But maybe it is also a challenge to you and your quarantined family: Play your own game.

For here is the truth: Major League Baseball and its intellectual spinoff, fantasy baseball, depend on physical baseball among family and friends. Playing catch, home run derby or Wiffle ball with your spouse, daughter, son, roommate or anybody else you are safely isolating with is baseball, too. A friend in Italy posted a video of two guys playing catch from their balconies, throwing the ball over the street. That’s the spirit. If nobody played informally, nobody would ever grow up to play professionally.

For the first time in our lifetimes, Major League Baseball has suspended its spring Opening Day.

For like you and me and everything we do, baseball used to not exist at all. It sprung incarnate in early 19th-century America simply because, like all of us going crazy at home right now, people needed to invent something to do.

In our small groups, we ought to recapture the spirit of baseball’s pioneers, the 19th-century Americans who enjoyed an assortment of ball-and-bat activities. Every town, village and hamlet played its own way, loosely deriving rules from the dictates of England’s cricket and rounders. They made up their own games and rules with however many people showed up at the village green that day.

In New England, Philadelphia and areas of Ohio and Kentucky, residents took up different versions of something called townball, “in which squads of various sizes (up to fifteen men on a side) played on a square field with no distinction for foul territory and recorded outs by ‘plunking’ base runners with a thrown ball,” writes Jules Tygiel in his book Past Time: Baseball As History. One out retired the side. If you scored 100 runs, you won.

Maybe the coronavirus pandemic is also a challenge to you and your quarantined family: Play your own game.

That is the inchoate blob baseball used to be. It did not stay that way.

Players and organizers kept showing up at the village green or city park and tinkering, moving toward the form of baseball that offered the most competitive balance, tension and fun. As St. Ignatius would have preached, they followed their hearts and discerned the best rules, creating hardball.

Pitchers were allowed to throw their fastest, the forceout was invented, and the standards like 90 feet between each base and three strikes and you’re out became the law. Organizers met in conventions to hammer out common forms so that towns could play each other. As the game improved, it became more fun to watch, and professional leagues and teams developed.

By the 1890s, what was being played looked, more or less, like today's baseball. There would be revolutions like Babe Ruth’s home-running and tweaks like the designated hitter, but basically it was the same game.

The one I teach.

Baseball sprung incarnate in early 19th-century America simply because, like all of us going crazy at home right now, people needed to invent something to do.

After leaving The Wall Street Journal at the end of 2016, I pursued a baseball coaching job as part of a midlife journey that has included making a documentary feature film, teaching high school English and writing for magazines.

I have coached baseball for 25 years, and I and co-coaches have long bent the rules during practices and scrimmages to make things more exciting. Among the innovations I have seen work: five-on-five games with three bases or two-on-two with two bases; counts starting at 2 to 1 or innings with the bases loaded;and making every player field barehanded or hit opposite-handed.

For a couple years, I have worked for Steel City Select, a travel club with baseball and softball teams of all ages based in Pittsburgh’s northern suburbs. It is part of a brave new world of privatized youth sports, coached by professionals instead of dads. (I played baseball in college and don’t have any children.) Parents fork over hefty fees. We play 40-game seasons in tournaments from Maryland to Michigan. It is a paid gig, one I take seriously. This is meant to be my third season leading the same group of boys, now 11 years old.

The environment can be harsh and overly competitive, but I love baseball enough to live with it, and every coach is allowed to set the team culture.

Baseball didn’t fall from the sky. It is a gift, made by humans. It is exciting. It could disappear. Outside, the green is winning one more time. Already, you can play ball.

As much as possible, I set up competitive games with as much action and movement as possible, and let players figure things out on their own. If practices are sleepy—think a dad standing at home plate hitting balls to one fielder at a time while eight others pick their noses—kids will fall out of love with baseball, and I won’t blame them.

Because more than anything else, it is about love.

For my team to succeed—at winning, improvement and enjoyment—my players’ hearts have to be in it. The most important thing I teach is enthusiasm, a word that means inspired by God, from the Greek theos. Inspired by joy, by love. It is good to be enthusiastic, I tell my players. Do not be jaded. Love.

Baseball is hard. Every play means the triumph of one individual and the failure of another. That zero-sum outcome requires resilience: You have to keep throwing quality strikes, swinging hard and getting down on ground balls, even after giving up home runs, striking out and making errors.

I get the boys to talk about what it feels like to fail. The mentionable is manageable, as Fred Rogers, Pittsburgh’s greatest youth coach, liked to say. The day after a brutal loss, after we had rallied for five runs to pull ahead by one in the top of the last inning only to lose on a walk-off, I sat my players down and asked them what they were feeling. There are many possible feelings, I explained: despair, pride, sadness, joy, determination. “Coach,” my shortstop blurted out. “I get it, and I think I have so many feelings.”

Right now, everybody has so many feelings. Our season has been suspended, like the pros. It feels like a strikeout.

But the National Pastime has never been a given. Baseball didn’t fall from the sky. It is a gift, made by humans. It is exciting. It could disappear. Outside, the green is winning one more time.

Already, you can play ball.

@jwmjournalist
Show Comments ()
Join the conversation: Login or create an account
Before you can comment, you need to update your profile to include your first and last name, as required in our comments policy. Then reload this page and you'll be set up for commenting. Update your profile
Show Comments ()
Comments are automatically closed two weeks after an article's initial publication. See our comments policy for more.