How a parish in Sweden responds to the coronavirus: ‘It will all work out’ 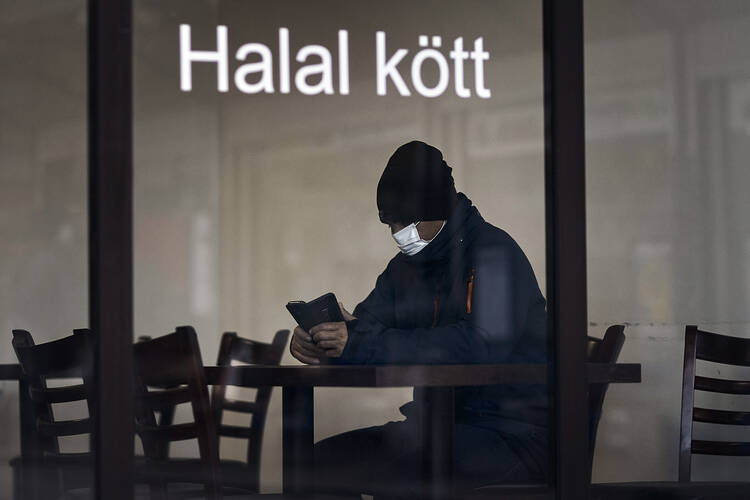 A solitary customer in a restaurant in Stockholm, Sweden, on April 28. (AP Photo/Andres Kudacki)

Americans may be aware of the distinctively Swedish approach to the Covid-19 pandemic. No gatherings of more than 50 people are allowed, but otherwise there are no real restraints on activity, just general suggestions about hand washing, social distancing and self-isolation for people in high-risk groups. Many shops, restaurants, hair salons and gyms have remained open. There is scarcely a face mask in sight. In other words, we are free to move about the cabin.

That said, Sweden has already experienced more than 30,000 diagnosed cases of the coronavirus, with more than 3,600 deaths to date—several times the mortality rates of our Nordic neighbors who have imposed much stricter controls. The country’s top epidemiologist, Anders Tegnell, has consistently advocated the model of limited state intervention. He is still popular and widely trusted, comparable to the standing of Dr. Anthony Fauci in the United States. But he is not without critics in the Swedish scientific community, who by and large argue for more stringent measures.

There is scarcely a face mask in sight. In other words, we are free to move about the cabin.

Swedes seem to take everything in stride, perhaps in part because the country has not experienced major international conflict for nearly 200 years. Frequently, they respond to a problem with “How lucky we are to live in Sweden.” Or they will say with a laconic shrug: “Det årdnar sig” (pronounced day ORDner say), meaning, “It will all work out.” In a televised address about the pandemic, Prime Minister Stefan Lofven said, “We who are adults need to be exactly that: adults. Not spread panic or rumors.”

I moved from the San Francisco area to Sweden last October to serve as the pastor of a small but thriving parish on the island of Gotland in the Baltic Sea. We have been comparatively lucky so far: There have been some 66 diagnosed cases and three deaths in a population of about 50,000 on the island. Gotland is less than four hours by ferry from the mainland and within easy sailing distance of both Finland and the Baltic nations. One hundred miles long and just 30 miles wide, its population can triple or quadruple during the summer vacation months (at least in the days before the virus—this year, we are urging vacationers to “please visit but not just now”). Six months of the year, however, we experience that form of self-isolation known as winter.

Gotland is also home to traditional farming (potatoes, beets, carrots, cabbage) and a flourishing wind farm industry. Lots of sheep, too. The island boasts some 92 churches, constructed mostly in the 13th and 14th centuries. Lovingly preserved and restored, nearly all are still functioning worship spaces for the Evangelical Lutheran Church of Sweden. The capital of Visby—the city of roses and ruins—holds the remains of nearly a dozen churches once home to Catholic religious orders but closed during the Reformation.

A few diehards sneaked into church during “recording sessions” while the pastor thought it best to look the other way.

Ours is Sweden’s smallest Catholic community—Kristi Lekamens (Corpus Christi) parish in Visby. The contemporary church building, built in the early 1980s on the ruins of a medieval structure, serves as a metaphor for the Catholic experience in 21st-century Sweden. It literally has two foundations—one extending to the Middle Ages and the other more reflective of a contemporary, multicultural society. Its 170 registered souls (adult members are counted for church tax purposes) reflect the Catholic community in Sweden at large—a combination of ethnic Swedes (including a number of converts) and immigrants from elsewhere in Europe and around the world. Roman Catholics are about 2 percent of Sweden’s total population of 10 million. The church is small but vibrant.

Like many other parishes around the globe, ours flipped in a few short weeks from a regular schedule of Mass, devotions, religious education and the obligatory kyrkkaffe (church coffee hour) to the complete suspension of in-person activities. Our initial response was to gather a small, informal advisory “coronavirus” group to strategize. We moved quickly to YouTube transmission of Masses and, with the help of supporters outside of Sweden, were soon able to produce the requisite 1,000 subscribers in order to livestream. Facebook, Skype and the parish website all help to fill in the contact and information gaps. A pastoral letter sent by snail mail helps us to reach parishioners without internet access.

The reaction to all of this has been mixed. Holy Week and Easter were very difficult. Most parishioners complied with the new guidelines. Still, a few diehards sneaked into church during “recording sessions” while the pastor thought it best to look the other way. Others wrote emails and letters expressing their frustration and grief. Families with kids have withdrawn for the duration. Most elders have now retreated to the relative safety of self-isolation. Online offerings have been accepted but not universally embraced. There is, people tell me, no substitute for the “real thing” of face-to-face worship at Eucharist. I agree.

Since Easter Sunday, things have shifted once again. Our bishop, Cardinal Anders Arborelius, has called for pastors to adopt strategies that balance health and safety with the need and longing for sacramental life, especially the Eucharist. At Kristi Lekamens, this has meant that Mass is again available, but maximum occupancy is 20 people, in compliance with the recommendations made by local civil authorities. At the same time, our doors are now open all day long, every day of the week for private prayer.

Religious education, confirmation classes and parish advisory meetings are all moving to Zoom and Skype. Direct mail notices encourage parishioners to keep in touch with members in risk groups via telephone and to help out with essential needs like grocery shopping and basic emotional support. Sadly, though, our outreach to seasonal farmworkers—mostly from Romania—has been drastically curtailed. Nearly all of them have returned to their homeland to wait out the epidemic.

Dr. Anthony Fauci to Jesuit grads: ‘Now is the time for us to care selflessly about one another’
James T. Keane

All of these are stopgap measures, but they provide some of the continuity that people crave as well as limited access to sacramental life. Truth be known, here on Gotland we continue to live in a bubble of quasi-normality that provides us with a level of movement and interaction that people outside of Sweden would find unfathomable. All that could change quickly, of course. But as cities and entire countries across the globe begin to relax some restrictions, the Swedish model of relying mostly upon voluntary social distancing, appropriate hygiene and self-isolation by members of high-risk groups just might work in the long run.

There is no perfect solution, of course; I certainly hope that the Swedish model will work, but I still have my doubts. That said, our church will try to embrace whatever can help us sustain a sense of community and provide for the most vulnerable among us. We trust that the Spirit is somehow at work. Or, as Gotlanders say, Det årdnar sig.

Correction: Prime Minister Stefan Lofven’s name was misspelled as Lofgren in an earlier version of this article. 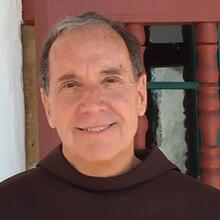 Charles Talley, O.F.M., is a Franciscan friar from California (Province of St. Barbara) and the pastor of the island of Gotland in Sweden.