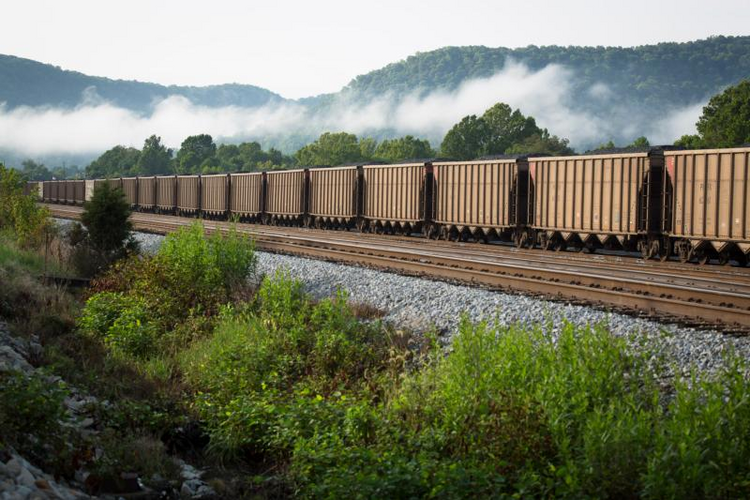 CLEVELAND (CNS) -- The justice and peace commission of the Bangladeshi bishops' conference as well as dioceses in Brazil, Indonesia and Ireland are among the latest institutions announcing their intent to divest from fossil fuel companies.

The entities are among 24 Catholic and 18 other faith institutions in 14 countries that have decided to divest or to avoid investments in oil, coal, natural gas and other carbon-based energy sources, the Global Catholic Climate Movement said.

The May 18 announcement came as Catholics worldwide were observing Laudato Si' Week to mark the fifth anniversary of Pope Francis signing his encyclical on the environment and the common good May 24, 2015.

"During this moment of lockdown, there was an important need from other communities to communicate more, to stay close even if remotely," Finamore told Catholic News Service from Italy. "We realized it was important to tie the week to the divestment announcement, to show that there is a strong message of hope at this moment of crisis."

The faith community, she said, wanted to share the message that "we need to change the curve (on using fossil fuels) and not go back to the way things were before the lockdown, that this is the right moment to invest in the right things, in the resilience of our communities."

The divesting entities include the Archdiocese of Semarang, Indonesia, the dioceses of Sao Jose dos Campos, Brazil, Arundel and Brighton, England, and Ossory, Ireland.

Father Endra Wijayanta, director of the Justice, Peace and Integrity of Creation Commission, of the Archdiocese of Semarang, said the global pandemic caused by the new coronavirus offers the faithful a time to reflect and act in response to environmental concerns.

"We have to stop our ecological spiral of death," he said in a statement provided by the Global Catholic Climate Movement. "We have to revive of ecological hope, in massive repentance of humankind, by taking the pathway to more sustainable living, and more solidarity with other creatures."

The climate organization's tally of Catholic entities that have agreed to divest include five Irish religious congregations, the Jesuits of the United Kingdom, lay associations and charitable foundations. Buddhist, Baptist, Methodist, United Reformed, and Anglican institutions were included in the announcement.

Other church organizations also are observing the week. Among them are the Association of U.S. Catholic Priests and the Missionary Society of St. Columban.

And the U.S. Conference of Catholic Bishop will host May 20 a bishops' roundtable to mark the week. Archbishop Paul S. Coakley of Oklahoma City, Auxiliary Bishop Robert E. Barron of Los Angeles and Bishop Robert W. McElroy of San Diego will participate in a discussion moderated by Marianne Comfort, justice coordinator for the Sisters of Mercy and member of the Catholic Climate Covenant's Steering Committee.

Father Greg Barras, chair of the priests' group, told CNS the association is reminding its members to continue to raise awareness of the prophetic message Pope Francis shares in his encyclical, especially in a time of the pandemic.

"As an association we believe so powerfully that it's almost like this current gospel that Francis gave us, and it is so overwhelmingly powerful and grabbing our conscience," Father Barras said.

"Laudato Si' is beautiful. It is that vaccine that we need. When it's understood, it's so beautiful and so pervasive. Francis touches every aspect to our lives. It still needs be taught," said Father Barras, a retired priest of the Diocese of Biloxi, Mississippi.

The Columbans have organized webinars in Chile, Fiji, Mexico, Myanmar, Peru, Philippines and the U.S. discussing themes such as spirituality, biodiversity, the world economy, the post-COVID-19 world and integral ecology.

In a statement to commemorate the week, Columban Father Tim Mulroy, superior general, and Columban Father John Burger, director of the order's U.S. region, said the encyclical "reaches into the depths of our hope and reminds us that we are co-laborers in God's creative work."

Laudato Si' Week runs May 16-24 and includes webinars, online discussions and prayer among participants working to implement the encyclical, "Laudato Si', on Care for Our Common Home."

The week is sponsored by the Vatican Dicastery for Integral Human Development. It ends with an around-the-clock day of prayer May 24, with people praying at noon local time.

Provide feedback on this article
Join the conversation: Login or create an account
Before you can comment, you need to update your profile to include your first and last name, as required in our comments policy. Then reload this page and you'll be set up for commenting. Update your profile
Advertisement
More: Laudato Si' / Climate Change / Environment