After court ruling, Dutch cardinal sees increase of euthanasia in the Netherlands

After court ruling, Dutch cardinal sees increase of euthanasia in the Netherlands 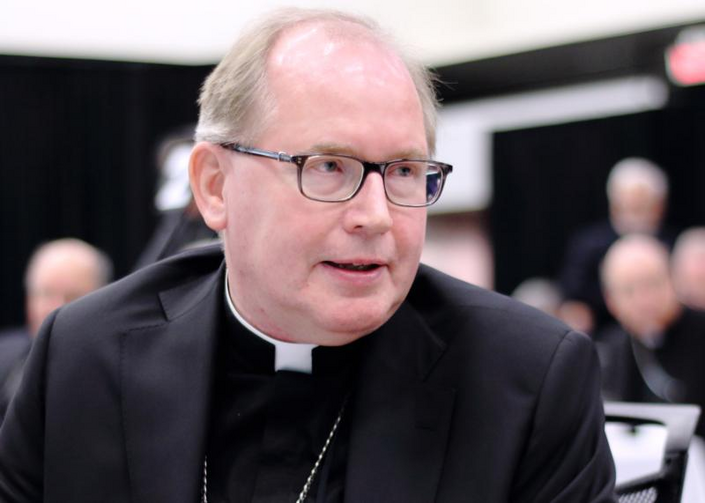 MANCHESTER, England (CNS) -- A Dutch cardinal predicted that the number of euthanasia cases in the Netherlands will surge after the country's highest court gave the green light to allow the killing of dementia patients no longer able to give their consent.

The Supreme Court of the Netherlands ruled April 22 that doctors could euthanize patients with severe dementia and who could no longer express their wishes if they had left an advance request in writing to say they wished to die.

Cardinal Willem Eijk of Utrecht, president of the Bishops' Conference of the Netherlands, said, however, the court's ruling would not only make it easier for doctors to take the lives of dementia patients but would also put them under pressure to do so.

"One may fear that the Supreme Court's judgment, though making physicians perhaps more uncertain in performing euthanasia in patients with advanced dementia, will not lead in general to a decrease of the number of cases of euthanasia and medically assisted suicide," Cardinal Eijk said on behalf of the bishops' conference.

"Patients and their relatives could think on the basis of the judgment ... that there is a kind of a right to euthanasia in cases of advanced dementia with suffering, deemed without prospect (of recovery) and unbearable, though the Supreme Court does not say that and the law on euthanasia does not oblige a physician to perform euthanasia," he said in a statement sent April 24 to Catholic News Service.

"Physicians of nursing homes therefore fear that they will be put under pressure by patients with dementia and their relatives to perform euthanasia as a consequence of the Supreme Court's judgment," he said.

The court sought to offer clarity to potential ambiguity in the law following the prosecution of a doctor who in 2016 drugged a woman with Alzheimer's disease after she resisted his attempts to give her a lethal injection.

The 74-year-old patient had earlier instructed her family that she wanted to die by euthanasia but at a time of her choosing. She became so demented that she could no longer say when she wished to die so her family chose the moment on her behalf. Because she fought against the injection, the doctor slipped sedatives into her coffee and her family held her down.

Prosecutors accused the doctor of ignoring a requirement of consent written into the Dutch euthanasia law of 2002, arguing the patient might have changed her mind about wishes she had expressed in writing four years before her death.

But a lower court ruled the doctor had not behaved illegally and in 2018 acquitted him, and the case was referred to the Supreme Court in The Hague for legal clarification "in the interest of the law."

The Supreme Court concluded that "a physician may carry out a written request beforehand for euthanasia in people with advanced dementia," providing other criteria on "unbearable and endless suffering" also were met.

In his statement, Cardinal Eijk noted that in 2017, during the prosecution of the doctor, the euthanasia rate fell by 7%, but in 2019, following his acquittal, it rose by nearly 4%.

The cardinal also questioned whether the advance declaration could still accurately express the actual will of a patient and said the new ruling created greater uncertainty rather than clarity over the practice of euthanasia.

"In her declaration, the woman said that she wanted euthanasia, when she would have been admitted to a nursing home one day, but something in this declaration remained unclear: she determined that the euthanasia should take place at a moment that she thought she would be ready for it," he said.

"But after having been admitted to a nursing home, she was not able to indicate whether she desired euthanasia or not," he said.

"With regard to the lack of clarity in the written euthanasia declaration, the Supreme Court judged that the physician has a certain room in interpreting the declaration," Cardinal Eijk continued

"The court thought that the physician was right in concluding on the basis of the declaration that the woman in question desired euthanasia under the given circumstances after all, though she could not herself indicate the moment of the euthanasia anymore because of advanced dementia."

He added, "Does the legal proceedings against the physician of the nursing home lead to the clarity, desired by the college of attorneys general? Physicians of nursing homes think that is not the case.

"Instead of laying down criteria for interpreting the written euthanasia declarations of patients with advanced dementia, the Supreme Court leaves this to the judgment of the physicians involved, by which their uncertainty only grows."

Provide feedback on this article
Join the conversation: Login or create an account
Before you can comment, you need to update your profile to include your first and last name, as required in our comments policy. Then reload this page and you'll be set up for commenting. Update your profile
Advertisement
More: Euthanasia / Europe