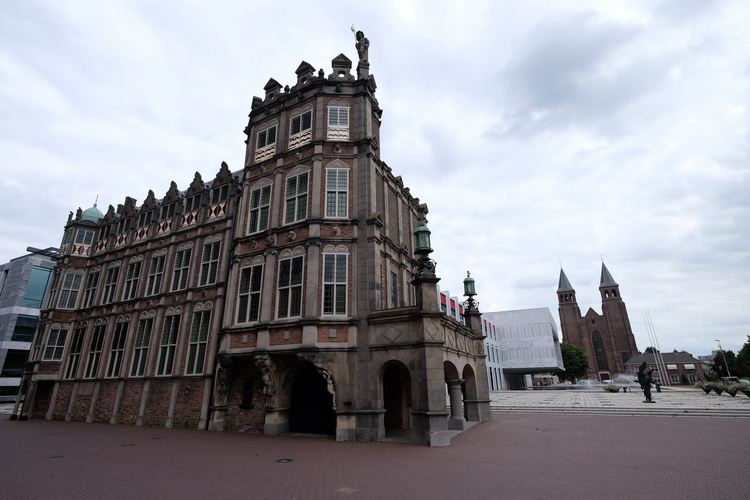 "It's difficult to comprehend how anyone could abandon life so tragically," said Msgr. Hans Pauw, episcopal vicar for youth affairs in the Diocese of Utrecht. "But it raises issues about helping young people with psychological problems, not about euthanasia. It's important to treat such cases seriously, without rhetorical simplifications."

The priest was reacting to reports on the death of Noa Pothoven, a 17-year-old from Arnhem who some media initially reported had been euthanized.

"Certainly, we have a liberal government and our church's voice isn't always heard here," Msgr. Pauw told Catholic News Service June 7. "But it's hurtful when such terrible things are claimed about the Netherlands. Some people seem to believe everyone here is now dying from euthanasia."

Pothoven died June 2 after describing in a 2018 book, "Winning or Learning," how she had attempted suicide while suffering post-traumatic stress, anorexia and depression after being sexually harassed beginning at age 11 and raped by two men at age 14.

In a June 5 tweet, which did not refer explicitly to Pothoven, Pope Francis described euthanasia and assisted suicide as "a defeat for all," and called on society "never to abandon those who are suffering."

At the same time, Archbishop Vincenzo Paglia, president of the Pontifical Academy for Life, told Italy's Agenzia Nazionale Stampa Associata June 5 that the case was a reminder that loneliness and isolation were widespread in "progressive and rich nations."

Pothoven's parents told the De Gelderlander daily June 6 that she had died in their presence after choosing not to eat and drink, and they requested respect for their privacy.

The Royal Dutch Medical Association confirmed Pothoven's death had been "labeled incorrectly as euthanasia," and had given "a wrong impression of Dutch law and practice."

"Euthanasia is defined here as active termination of life by a physician, at a patient's voluntary, well-informed request," the association in a June 6 statement.

"Noa did not die of euthanasia but decided to stop eating and drinking to bring about her death."

The Netherlands became the world's first country to legalize euthanasia and assisted suicide in 2002. The country has since witnessed increased deaths of about 25 per day, according to the Dutch Regional Euthanasia Commission.

The law allows minors from age 12 to request euthanasia in face of "hopeless and unbearable suffering," but requires parental consent up to 16.

Msgr. Pauw said increased euthanasia reflected a "fear of suffering and dependency," but added that the legal situation was widely misunderstood.

"Many medical personnel complain it's now seen as a right, whereas in reality it's still punishable," he said.

"The law allows it when done in a certain way," he said. "But there's no general right to euthanasia in our society."

Anna Kruse, spokeswoman for the Dutch bishops' conference, told CNS June 7 that Catholic leaders had not spoken about Pothoven's death because the circumstances were unclear.

"It's been established this was not a euthanasia case," Kruse added. "But since we don't know whether medical assistance was involved, we can't respond."