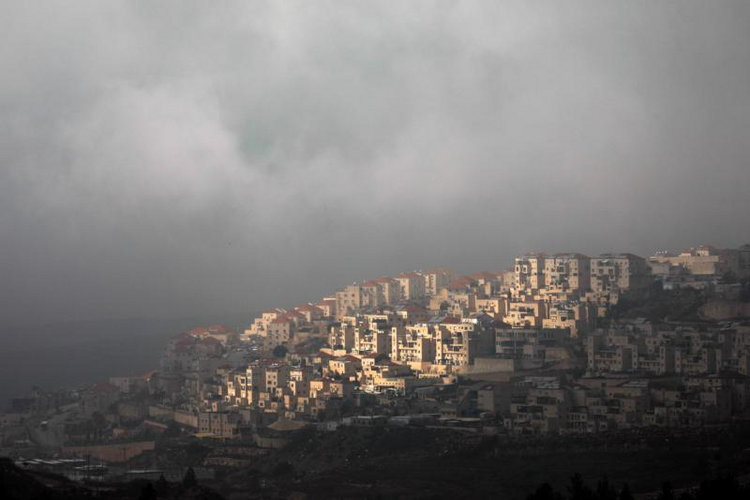 JERUSALEM (CNS) -- Calling U.S. President Donald Trump's Peace-to-Prosperity plan a "unilateral initiative," church leaders in the Holy Land said it did not give "dignity and rights" to the Palestinians.

"This plan will bring no solution but rather will create more tensions and probably more violence and bloodshed," the Assembly of the Catholic Ordinaries of the Holy Land said in a statement Jan. 29. The group includes Catholic bishops and patriarchs of different rites as well as the Franciscan custos of the Holy Land and one nun.

In the long-awaited plan, which Trump called the "deal of the century," the president proposed the possibility of a future independent Palestinian state and the recognition of Israeli sovereignty over West Bank settlements, creating Israeli enclave communities. The plan also recognizes Jerusalem as Israel's capital while allowing for a Palestinian capital in villages on the outskirts of East Jerusalem, where, according to the plan, the U.S. would build a future embassy to the Palestinian state.

But, the church leaders said in their statement, such proposals must be reached with the agreement of both the Israelis and the Palestinians.

"These proposals have to be based on equal rights and dignity," they added. "The plan Peace-to-Prosperity, presented yesterday, does not contain these conditions."

In Lebanon, retired Melkite Catholic Patriarch Gregoire III Laham, who served in Jerusalem as bishop for 26 years, said the proposed plan would "be the gateway to more wars and conflicts in the region." He called it "the ultimate blow to every dialogue in the region, and to every peace process in the region."

"This will be a fire, and fuel for the fire of anti-Semitism and Islamophobia in the East and West, and it will fuel hatred ... for the entire West, and will even spread religious fundamentalism everywhere, and in the relations of states and peoples," the retired patriarch said.

He appealed to "the rulers of the entire world, especially the United States of America, Russia, and Western and Eastern Europe: Stand together in the face of the 'deal of the century,' and combine your efforts for the only honorable and humane solution, namely, two states having equal rights and obligations" and to work toward a just, comprehensive and stable peace.

The church leaders said Trump's plan endorses "almost all" the demands and the political agenda of the Israelis while ignoring the demands of the Palestinian side. They said they expected that previous agreements by the two parties would "be respected and improved upon the basis of complete human equality among peoples."

However, the plan indicated that past agreements had failed.

"Reciting past narratives about the conflict is unproductive," the plan said. "In order to resolve this conflict, the solution must be forward-looking and dedicated to the improvement of security and quality of life, while being respectful of the historic and religious significance of the region to its peoples."

Trump said the plan would include $50 billion of commercial investments in the future Palestinian state once conditions for statehood are met, including a "firm rejection of terrorism."

He promised that "no Palestinians or Israelis will be uprooted from their homes."

Palestinians cut off relations with the United States in December 2017 when Trump moved the U.S. embassy to Jerusalem. Palestinian President Mahmoud Abbas rejected the peace plan, calling it a "conspiracy." He said Jerusalem "was not for sale."

In 2000 and 2008, Palestinians turned down other statehood proposals by the Israelis, including an offer of a land swap for 100% of the West Bank.

One aspect of the plan calls for a high-speed rail linking the West Bank and Gaza Strip.

The Gaza Strip has been under an air, land and sea blockade imposed by Israel and Egypt in 2007, when Hamas took control of the Palestinian area from the Fatah-led Palestinian Authority. The 1.8 million Palestinian residents of the coastal Gaza Strip are cut off from the remainder of the Palestinian territory by the blockade, which also restricts their free travel access to the rest of the world.

Bishops from Europe and North America who have visited Gaza in recent years have described it as an open-air prison.

A day after the plan's announcement, Israeli Defense Minister Naftali Bennett called on the interim government to move forward to annex West Bank Jewish settlements, the Jordan Valley and the area around the Dead Sea before the March 2 national elections, Israel's third in one year.

Palestinians demonstrated against the plan in Gaza and Ramallah, West Bank, putting Israeli security on high alert. Some Israelis planned demonstrations for Feb. 1.

The Israeli human rights organization B'Tselem compared the proposal to Swiss cheese with "the cheese being offered to the Israelis and the holes to the Palestinians." It said the proposal was "utterly unacceptable" as it "legitimizes, entrenches and even expands the scope of Israel's human rights abuses."

B'Tselem likened the areas reserved for Palestinians in the plan to the black homelands during South Africa's apartheid regime. It said Palestinians would be "relegated to small, enclosed, isolated enclaves, with no control over their lives, as the plan eternalizes the fragmentation of Palestinian space into disconnected slivers of territory in a sea of Israeli control."

Show Comments ()
Comments are automatically closed two weeks after an article's initial publication. See our comments policy for more.
Provide feedback on this article
Join the conversation: Login or create an account
Before you can comment, you need to update your profile to include your first and last name, as required in our comments policy. Then reload this page and you'll be set up for commenting. Update your profile
More: Israel Palestine / Donald Trump