World AIDS Day and the premiere of ‘Plague’ 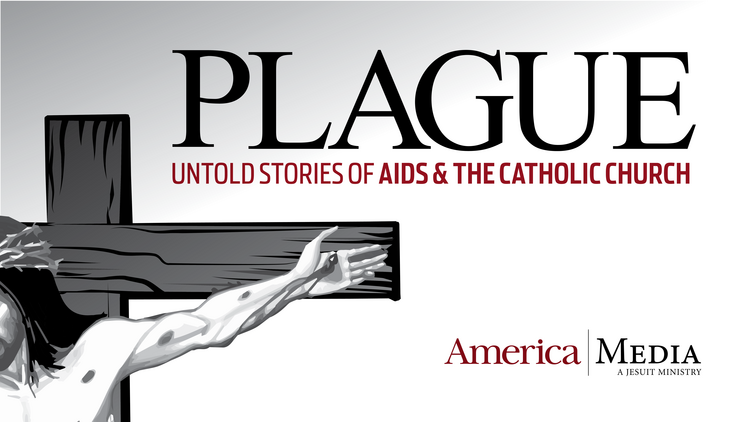 World AIDS Day, observed on Dec. 1, is a day to reflect on an epidemic that has claimed 32 million lives worldwide, including 700,000 in the United States. This year, the first day of December is also the premiere date of “Plague: Untold Stories of AIDS and the Catholic Church,” an ambitious podcast created and hosted by America’s national correspondent, Michael J. O’Loughlin.

“Plague” includes interviews and firsthand accounts from the very beginning of the epidemic, including the first mention of the disease in The New York Times. (“Rare Cancer Seen in 41 Homosexuals” was the headline of a story on July 3, 1981.) Mr. O’Loughlin details the efforts of gay Catholics to make their church and their individual parishes places of hope and care, as well as the tireless work of Catholic health care providers to cope with the epidemic—often facing resistance from some in the institutional church. The series also looks at how individual Catholics were involved in the earliest days of those organizations instrumental in responding to the crisis, including the Gay Men’s Health Crisis in New York. America is proud to bring new attention to these stories.

But “Plague” is not a valedictory project. The H.I.V. and AIDS epidemic is still gathering force, and about 39,000 people in the United States are newly diagnosed with H.I.V. each year, according to the Centers for Disease Control and Prevention. In 2018, the global number of new H.I.V. diagnoses was 1.7 million, according to the World Health Organization. In three countries in Africa, more than 20 percent of the population lives with H.I.V. or AIDS.

The secret history of Catholic caregivers and the AIDS epidemic
Michael J. O’Loughlin

The prevention of new H.I.V. and AIDS cases has been uneven. From 2012 to 2016, the C.D.C. reports, new cases in the United States among white men decreased by 14 percent, but there was no significant change among black men, and the number of cases went up by 12 percent among Hispanic/Latino men. In 2017, new cases per capita were much higher in the South than in any other region. The HIV.gov website, managed by the Department of Health and Human Services, reports that new infections have plateaued because effective H.I.V. prevention and treatment are not reaching the marginalized communities that could most benefit from them. This is part of a larger challenge of inequities in health care, including diminished access to medical services in rural areas.

“Plague” reminds us that there is hope in even the darkest moments of tragedy and that the people of God closest to the ground can and do take the initiative in helping and comforting the afflicted. It is a reminder that we should all look for ways to make a difference at every level of the church’s life—not just on World AIDS Day.