Brazil’s indigenous are fighting environmental exploitation. The church needs to stand in solidarity. 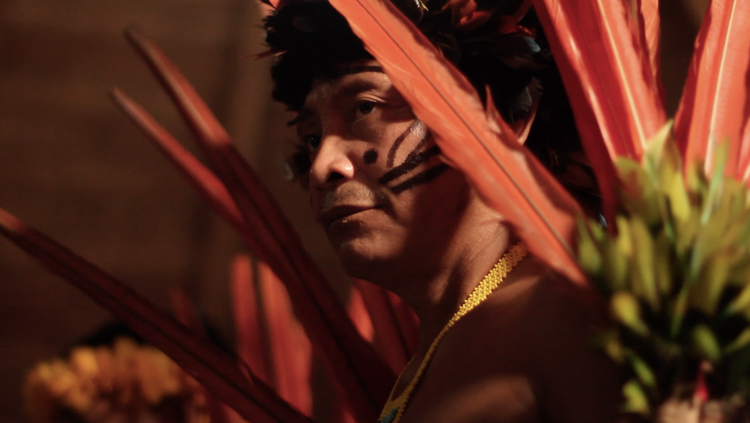 A member of the Mura community. (Photo courtesy of Repam)

One of the themes that emerged from the synod on the Amazon in October is what the synod’s working document called the threat of “Extractivist Destruction” (the title of Part 2, Chapter 1.) This threat links those living in the industrialized world more closely to the Amazon than any other issue, as international companies destroy the forest to meet the global demand for its resources. As Hector Sueyo Yumbuyo of the Harakbut people in Peru says in a video produced by Development and Peace–Caritas Canada, “What do you prefer, a bunch of resources like oil, gas, gold? That’s fine, but at the same time, my life matters!”

The church helps us to understand these connections through her various international solidarity organizations. For example, we at D.P.C.C. are working with the church in Brazil, as well as the Amazon synod organizer Repam, on a particular project with the Mura people, who now live in the Brazilian state of Amazonas. The project has supported the Mura’s participation in a human rights training school run by Repam, the synod itself and post-synod advocacy in defending their land. A critical part of that defense is against a mining company financed by the Canadian firm Forbes & Manhattan. Canada is arguably the extractive industry’s world headquarters, and D.P.C.C. has been the driving force of the Catholic Church in Canada to bring more accountability to the industry’s operations overseas.

“What do you prefer, a bunch of resources like oil, gas, gold? That’s fine, but at the same time, my life matters!”

Historians say the Mura people came from the Andes Mountains in Peru and settled around the Solimões and Madeira Rivers in the 17th century. Known for their knowledge of the waterways, early European colonizers called them the corsario (“pirates”) in their campaigns to destroy them. They are hunters, fishers and gatherers with a proud history of resisting colonialism. That resistance continues to this day, despite all their losses of life and land.

In 2007, the Brazilian mining company Potássio Do Brasil started exploring parts of the traditional lands of the Mura, specifically in the municipality of Autazes. In 2010, it began exploratory drilling. What had it found? Five hundred million tons of sylvanite, at a depth of 800 meters. A preliminary license for the mine was granted in 2015, and by 2017 the company had invested $180 million of a planned outlay of $2 billion.

Sylvanite is used to make potash-based fertilizers, which Brazil now almost exclusively imports to meet the needs of its massive and export-oriented agricultural sector. This mine is supposed to change that, providing 20 percent to 30 percent of Brazil’s potash needs every year for the next 30 years. The company is backed by Canadian finance and has offices in Toronto.

Catholics are helping to put a spotlight on the Mura, walking with them through the process of ensuring the proposed mine does not end up damaging their lives or the Amazon.

Four Mura villages are directly affected by the project, not all of which are currently recognized as indigenous lands (which would protect them under Brazilian law). The villages fall in the floodplain of the region and so any contamination of the water sources by the mine poses a significant risk to them. Furthermore, the proposed mine tailings deposit is located over a spring that increases the risk of this occurring.

The usual divide-and-conquer tactics were employed against the Mura, who at no point were properly consulted about the mine. The company promised jobs and new roads, and it provided small gifts like motorboats and fuel. The Mura raising concerns were both criminalized and marginalized by state authorities. For example, our partner organizations in the field relayed reports of Mura teachers employed by the state in their villages losing their jobs for speaking out and an “indigenous week” curriculum being canceled in favor of a “potash week.”

The Editors: Unity and hope from the Amazon synod must speak louder than fear
The Editors

In December 2015, a group of leaders from 12 villages reported the situation to the federal prosecutor’s office (M.P.F.) and requested their right to proper consultation be guaranteed, according to the provisions of the Indigenous and Tribal Peoples Convention, ratified by Brazil in 2002. (Canada, notably, is not a signatory.) The M.P.F.’s attempts to persuade the mining company to begin a consultation process failed, so the office launched a legal process that resulted in a 2017 injunction for the company to cease all activities until the Mura have drawn up a consultation protocol for the company and that protocol has been followed. This past August the protocol was submitted by the Mura to the federal court in Amazonas. Eventually, it will be in the hands of the company to execute the consultation according to that protocol.

In both Canada and Amazonia, Catholics are helping to put a spotlight on the Mura, walking with them through the process of ensuring the proposed mine does not end up damaging their lives or the Amazon. In the spirit of these efforts, Canadians are being asked to send solidarity letters to the Mura through D.P.C.C., and the first of these letters were delivered to the Mura representatives at the synod.

Despite the successes in the process for the Mura so far, their situation remains precarious. It remains to be seen if the consultation process and its results will be respected. We believe that the continued presence and solidarity of the universal church is essential for the best possible outcome. The story of the Mura is but one of many instances where the message of the synod can inform the engagement of the church with indigenous people in caring for our common home, not only in Brazil but all over the world. The final outcome of the Mura’s struggle may be a quiet but key indicator of the success of the synod itself. 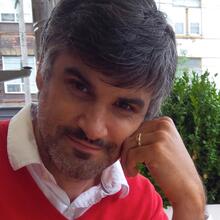 Luke Stocking is a member of the management team at Development and Peace–Caritas Canada. Working in the public engagement department, he is based in Toronto and can be reached at lstocking@devp.org.