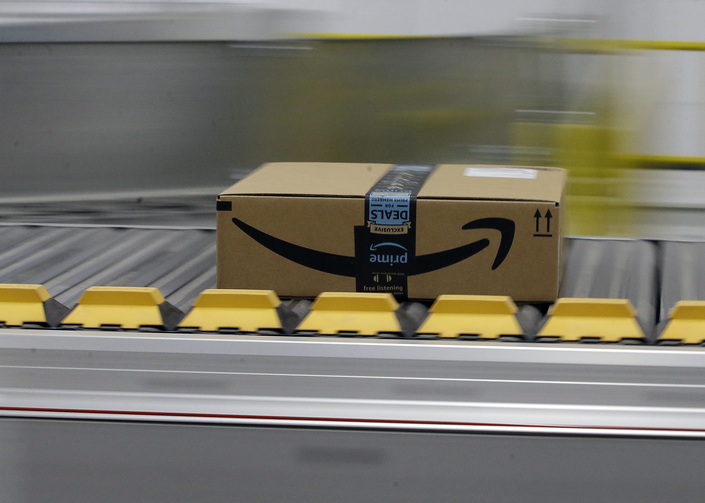 Amazon’s decision to abandon plans for a second headquarters in New York City even after negotiating a package of tax incentives with the city and state has invited a backlash—largely unjustified—against using tax breaks to lure jobs to an area.

The Wall Street Journal recently reported, for example, that governors of Kansas and Missouri are likely to sign a truce to end such deals in the Kansas City metropolitan area, which includes land in both states. (According to the report, 116 companies moved across state lines in either direction between 2011 and 2019 in response to economic incentives.) And last December, the editors of America wrote, “The principle of subsidiarity is poorly served in these cases—when U.S. cities and states act as if they are in an economic Cold War with one another and the ‘arms race’ of tax incentives helps only a handful of already successful private companies.”

But populist pressure to resist all forms of tax negotiation may actually hinder social progress. Admittedly, if states and cities all adopted a “we don’t negotiate” policy regarding tax breaks and zoning changes, site selection would be easier for corporations planning new facilities. Accountants could simply spreadsheet tax codes and zoning laws to determine the lowest-cost jurisdictions. In this case, New York and many other high-tax states might never make the shortlist.

Tax laws and zoning codes are enacted so that states and communities can manage development, not foreclose it. Changes to zoning codes are often made to accommodate proposed commercial or residential development that does not neatly fit the existing standards. When these changes are made through a process of public hearings, they can result in a final plan that best suits the needs of both the developer and the town. Community amenities like playgrounds or open-space conservation zones may be demanded in exchange for higher housing density. My former hometown obtained a new fire station at the developer’s expense in exchange for variances in a shopping center plan. Thirty years later, all is still well. Negotiation often leads to win-win solutions and should not be summarily rejected in zoning or tax matters.

Tax incentives for Amazon? Less than prime.
The Editors

Enlightened community leaders, while responsible for balancing tax revenues and public expenditures, should also consider the social impact of large projects. What better way to support community than by enabling, through job creation, young singles and families to remain close to their parents, uncles and aunts?

Amazon had said it would hire 25,000 “knowledge workers,” mainly college graduates, at its Queens complex. Graduates of nearby colleges (Fordham, Columbia, Manhattan, St. John’s, N.Y.U., CUNY, etc.) who grew up in New York City or the near-suburbs would fill many of those jobs and thus be able to stay close to family and friends. Without those jobs, the grads look elsewhere. Some may even go to work for Amazon anyway, in Northern Virginia or another state.

Every community with young people graduating from high school or college should be interested in adding job opportunities as a legitimate promotion of the common good. New jobs are constantly needed to offset the loss of jobs resulting from technology changes at existing facilities and the attendant loss of tax revenues. Job creation is the antidote to decline and an important source of the revenue growth needed to pay for government services. Elected officials need flexibility to evaluate and respond to proposals.

Civil society also gets a boost from new employers coming into an area. Managers and employees of a newly arriving company will likely support local nonprofit agencies, both financially and by volunteering their time and talents. Some may offer to serve on local government boards or advisory councils. The community benefits from new ideas and new energy.

In rural areas, the opening of a large manufacturing plant or office complex may help diversify the local economy and offset the seasonal and year-to-year fluctuations of more seasonal employment sectors like agriculture and tourism. And, again, such projects can provide employment opportunities for young people who might otherwise leave the area.

Local or state officials presented with unusually large, complex projects seeking special concessions may prudently decide to simply stand by the existing tax programs and zoning requirements rather than risk the possible downsides of negotiating with a highly sophisticated applicant. Or they could hire independent consultants to evaluate proposals that seem attractive upon first review. Any negotiating party should have a carefully established walk-away position, to avoid stumbling into a regrettable result.

“We don’t negotiate” policies may harm communities through the silent loss of development opportunities never presented.

But blanket “we don’t negotiate” policies may harm communities through the silent loss of development opportunities never presented. There are ethical considerations against treating one employer better than others when there is little or no exceptional benefit to the community. But an incentive package that clearly brings special benefits to the community makes sense.

Ultimately, voters care about the economic and social conditions affecting them, their families and their neighborhood. Those are critical elements of the common good. A willingness to negotiate can bring new opportunities to the community.

Joseph J. Dunn writes frequently on issues of economic justice and is the author of After One Hundred Years: Corporate Profits, Wealth and American Society.

New Jersey just approved a $12 million dollar gift to Warner Brothers studios, Cuyahoga County OH residents are saddled with a 0.25% increase in the sales tax for a medical mart which chiefly benefitted the Merchandise Mart and real estate developers and is loosing tenants. The strategy which Mr. Dunn recommends always leads to political corruption and should be condemned, not heralded.

Catering to capitalists is not the common good. By nature, they seek lower cost (especially labor) and higher profit.

How about Amazon's workplace policies and practices? Its oppressive monitoring of workers? Its anti-unionism? The author doesn't address this issue that is so central to Catholic social teaching. (In general, this magazine falls short on stories on workplace justice.)

Local and state government giveaways to developers do not benefit the working-class and working poor. Look at Baltimore's history.

It does not seem fair to give a special tax break to Company X and not give it to the rest. In the case of Amazon, were there no competitors already in NYC who would be disadvantaged? Perhaps some sort of a competition for the prize without some pre-designated winner.

The principal factor contributing to the relative weakness of the taxing authority is that the location desirability for a large corporation is dependent on fixed features involving electric power, water, communication and transportation infrastructure, educational opportunities, and the size and characteristics of the local population.

A second factor is the anxiety level or in some cases the desperation level of elected officials to improve the economic environments in their areas of governing responsibility.

A third factor is the local area’s competitive position relative to other local areas. State and local officials compete with their counterparts in other states and local areas.

A fourth factor is that they also compete with political opponents in direct competition for the same offices, but who have advanced different development policies and ideas.

The elements comprising each of these factors cannot quickly or easily be altered as negotiating tactics. Communities are stuck with themselves, so to speak, and are forced to offer themselves “as is” except for the one thing they have to bargain with, the tax thing.

Well managed corporations are in negotiating positions generally quite superior to the situations that taxing authorities find themselves in.

A corporation would have an inferior business plan if depended on state and local tax relief to maintain a competitive posture relative to industry peers. Moreover, a corporation seeking an expansion location typically does not have to move much around, to close one large fixed installation as a prerequisite to establishing another. The agility in strategy alteration that the corporate position often enjoys thus exacerbates the weak negotiating position of the taxing authority.

These considerations raise a question as to whether the common good is enhanced or diminished as a result of these negotiations.

The comments question, among other things, the competence of elected officials and the ever-present possibility of corruption. I share your concerns, so a few thoughts along those lines. The Cleveland Plain Dealer indicates that Cleveland/Cuyahoga County corruption predated by many years the medical mart/Global Center for Health Innovation project. Relevant examples, worth reading:

Cleveland Plain Dealer Editorial, “Why the Jimmy Dimora wiretaps are vital to our future.” November 6, 2015. https://www.cleveland.com/opinion/2015/11/why_the_jimmy_dimora_wiretaps.html

Development proposals large and different enough to request special tax negotiations (thousands of new, attractive jobs—not sweatshop jobs, or transplants of existing jobs as in Kansas City MO/KS) are rare, thus amenable to scrutiny by the press and voters--if they are interested. The early twentieth century municipal muckraker-reporter Lincoln Steffens wrote, “The misgovernment of the American people is misgovernment by the American people.”

As to competence: In campaign season, candidates for mayor, governor, city council and county supervisor proclaim their superior ability to oppose corporate greed/spark economic growth/create jobs/save the middle class/restore neighborhoods/attack inequality/fix the existing flawed tax code, etc., etc. Having elected those we deemed best, shall we now deny them the freedom to negotiate on our behalf in a singular major opportunity? Cheers.

Joe, one wonders if you aren't living in the land of elves and fairies with this statement: "Having elected those we deemed best, shall we now deny them the freedom to negotiate on our behalf in a singular major opportunity? "

John, you hit upon a key aspect of the Amazon/NY State/NYC agreement and Amazon’s withdrawal from it. Amazon negotiated with two of the most popular administrations in America. Mayor de Blasio won his 2017 election with 67% of the votes cast. Governor Cuomo won re-election in 2018 with 60% of the vote (and much higher majorities in the NYC voting districts). They had campaigned on all the issues I listed in my comment above, and the voters deemed them best among the candidates. Amazon’s leadership no doubt believed that an agreement reached with such popular representatives of the people would be a reliable basis for investment. The outbreak of popular protest and numerous threatened lawsuits led Amazon to withdraw rather than deal with legal expenses, delays and uncertainty. That’s the immediate impact, for better or worse.

The larger impact is that all businesses will avoid negotiating any tax incentive or other complexity, because if these popular NY State/NYC elected officials proved unreliable negotiators, how can one rely on officials in other states or cities? So decisions will focus on the spreadsheet of tax tables. Greenfield projects will avoid the complexity of brownfield restoration or urban redevelopment. From a social justice perspective, I see opportunities lost. One other possible long-term result, though I am skeptical: that city and state legislators will review their tax codes, recognizing this new era in which they can no longer rely on special incentives to draw big developments and new employment. Peace.