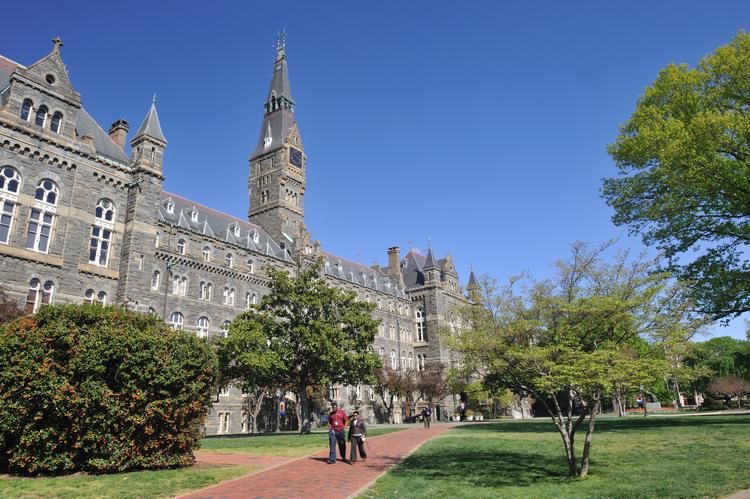 Privilege, whether associated with individuals or groups, is a popular topic now, and the word has taken on a new negative connotation. The confirmation hearings for Supreme Court Justice Brett Kavanaugh and the video of Covington Catholic High School students interacting with Native Americans after the March for Life launched many discussions about privilege in connection with private high schools and colleges.

Societies grant privilege to individuals, either by custom or law, because society recognizes the benefits accruing to the general welfare when a privilege is extended to certain individuals in specific circumstances. For example, in the United States there is a privilege of privacy surrounding communication between spouses, between patients and physicians, between attorneys and clients, and between penitents and confessors. This privilege holds even against claims of urgent public necessity. The penitent may voluntarily confess to the police what he has told his priest, but unless the penitent waives his privilege, the priest must stay silent. Individuals benefit from such privilege, and so does our society at large.

The education of youth has long been recognized as in the public interest, irrespective of the personal benefits that the child or her future children may derive.

But when we read about students enjoying privilege, usually in reference to their education at private high schools and colleges, some questions arise. If this is privilege, is it opposed to the public good or in furtherance of it?

The education of youth has long been recognized as in the public interest, irrespective of the personal benefits that the child or her future children may derive. Statesmen from Thomas Jefferson to Ronald Reagan have noted the importance of literacy and education to the functioning of democracy.

Our nation has long been committed to taxpayer-supported education. There is ample evidence that its results vary significantly across school districts and states. That is a serious problem for our democracy and a vast impediment to economic mobility. But our public good—our general level of literacy or educational achievement—would in no way benefit from eliminating our nation’s private high schools, colleges and universities. The frequent references to such institutions as “elite,” though intended to be pejorative, affirms their quality.

The frequent references to such institutions as “elite,” though intended to be pejorative, affirms their quality.

Private educational institutions have long been held to be in the public interest. Two centuries ago, the Supreme Court affirmed in Dartmouth College v. Woodward the right of individuals to associate themselves by forming private educational entities and to appoint trustees who own and direct the school. The court also acknowledged the public benefits accruing from an institution devoted to “the promotion of religion and education.” The court went further: “These eleemosynary institutions do not fill the place which would otherwise be occupied by government, but that which would otherwise be vacant.... They are donations to education, donations which any government must be disposed rather to encourage than to discountenance.”

We might well hope that today the best private institutions are available to academically qualified students irrespective of their families’ financial condition. To that end, a growing number of private schools and colleges are substantially reducing or eliminating tuition and fees for students with limited financial means. This ensures that people of all social and economic backgrounds can, in their adult years, exercise a strong influence on our public policy choices, thus strengthening our democracy. To deliver that financial aid, private schools and colleges rely upon philanthropy from alumni and others. This, too, is consistent with the social principle of subsidiarity. Let every such student access the social and economic uplift often associated with graduation from these institutions. Today thousands of students from low-income families benefit from attending such schools.

Today thousands of students from low-income families benefit from attending such schools.

Martin Luther King Jr. benefited from his matriculation at private Morehouse College, Crozier Theological Seminary and Boston University, which had its origins as Newbury Biblical Institute in 1839. His mother had acquired an excellent education at Spelman College, which was financially supported by the Rockefeller family. Booker T. Washington enjoyed the benefits of graduating from the philanthropist-supported Hampton Institute. W. E. B. Du Bois learned from his time at Fisk University, the founders of which were sponsored by the American Missionary Association. He went on to earn a Ph.D. degree from Harvard.

Condoleezza Rice attended St. Mary’s Academy, a private school founded by Catholic Sisters of Loretto in 1864. Madeleine Albright attended Wellesley College on scholarship. Sonia Sotomayor graduated from Cardinal Spellman High School in the Bronx and went on to graduate summa cum laude from Princeton. Barack Obama attended Punahou Academy, founded by missionaries in 1841, which he describes in Dreams from My Father: A Story of Race and Inheritance as a “prestigious prep school” and “an incubator of island elites,” before attending Occidental University, which “filled me with the idea that my voice could make a difference.” Today the former president is funding the Obama Scholars Program at Occidental, completing that pattern of alumni giving back to help others.

Individuals no doubt benefit from the privilege of private schools. As these examples demonstrate, so does our nation.

Best decision I ever made for my children, and I'm grateful my parents had the insight to do the same. Wonderful memories and a great education. Surrounded by teachers and peers who want you to succeed. It's worth every penny. For those families who do not have the funding, apply anyways!! Some schools even waive the application fee. Go for it!

The prestigious institutions should not be eliminated. But your contention that many POC or poor people can attend is an overstatement of the highest order. It is time to stop pointing to the one success story as "proof." The fact is, when talented people have access, great things happen. There is not enough access for POC and the poor. Not enough access by a long shot.

Annette- I don't think the suggestion is that many poor attend but that it is accessible to the poor to attend. It is difficult for anyone trapped in poverty to get out, but this is an example of an opportunity to excel. Unfortunately, getting accepted is the greatest hurdle, but for those able to pass this step, money is not an issue, at least that has been the case for my children, and their schools.

The prestigious institutions should not be eliminated. But your contention that many POC or poor people can attend is an overstatement of the highest order. It is time to stop pointing to the one success story as "proof." The fact is, when talented people have access, great things happen. There is not enough access for POC and the poor. Not enough access by a long shot.

I'm not sure that the designation "private" accurately reflects the public investments and federal interest or oversight put into many so called "private universities". For example through federal research grants, federal student loans, graduate scholarships, research facilities and research infrastructure and so on. The federal government has long tentacles that reach into many aspects of university life such as ROTC, Title IX non discrimination in athletics, equal employment opportunity, sponsored academic sabbaticals and the like. I'm not sure whether affirmative action is part of this or not. Harvard is currently being sued by Asian American applicants who claim that other minorities have taken up a disproportionate share of acceptances. This specific case, I think, is awaiting a decision by the Federal Court in Boston and could advance to the Supreme Court.

I think this is a rather complicated question regarding schools, I and many students should just appreciate what these schools give us, at https://papersowl.com/buy-thesis you can find dissertations - one of the important works during the school year, this problem is really relevant and we should think how to solve it.

“But our public good—our general level of literacy or educational achievement—would in no way benefit from eliminating our nation’s private high schools, colleges and universities.”

I agree, but is some credible movement afoot to do this eliminating?

For Charles Erlinger: I know if no credible movement to eliminate private schools. However a small percentage of the hundreds of online comments under America’s coverage of the Kavanaugh and Covington Catholic stories decried private schools generally, or single-gender schools, and a few of my own friends opined that private schools are undemocratic, promote inequality and foster multi-generational privilege. The sentence you point to is a courteous acknowledgement of their position. With a small percentage of intelligent, educated readers holding such thoughts, I thought it worthwhile to bring some historical perspective to the conversation. Peace.

Some times ‘privilege’ schools did not help the public good but now time is changing after so many amendments in the constitution. Fake Whatsapp